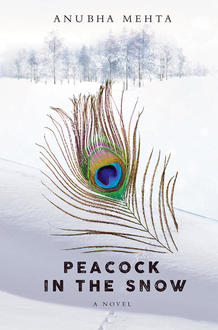 Anubha Mehta's debut novel  Peacock in the Snow (Inanna Publications) flips the script on most contemporary immigrant narratives: her protagonist family is not fleeing persecution or poverty, but redefining themselves in Canada all the same after having lost the privileges they enjoyed in their home country. As main character Maya grows out of her life's advantages, she begins to experience real freedom and happiness.

P.S. If you're in Toronto tonight, you can catch the launch of Peacock in the Snow and other Inanna Fall books at Ben McNally, 6pm.

Peacock in the Snow (Inanna Publications, 2018)

Anubha Mehta is a writer and artist who was born in India. With a doctorate in political science, and two decades of Canadian public service experience, Anubha has been awarded for her leadership work with diverse communities. Her short stories and poems appear in a number of magazines and journals. Learn more about her at  www.AnubhaMehta.com.

Peacock in the Snow lifts the veil on immigrant life in contemporary Canada with a difference. The novel evokes today’s changing Canadian cultural landscape to bear witness to a new generation of newcomers from non-Western societies who are educated, affluent, and less tolerant of the country’s structural challenges and tendency to marginalize and stereotype new immigrants. In 2016-2017, 33% of the Canadian population was South Asian, with a whopping 400,000 settling each year in the greater Toronto area. This book is about the needs and aspirations of one such family.

Peacock in the Snow looks with fresh eyes on an immigrant family that doesn’t need Canada as a new home for any economic, social or political reason, or due to hardship, fleeing war, poverty, or persecution. The trade-offs for this family are painful: relegating their social status to a relatively more equalizing society, losing their original homeland’s privileges and connections.

Reworking the concept of privilege is a powerful theme in Peacock in the Snow, mirroring the author’s journey from east to west. Privilege can only be decolonized when abstracted from wealth, gender, and class and its associated subjugations. The protagonist Maya’s courage and peace came, not from her advantageous social placement but, rather, from her renunciation of it. Until Maya steps away from her privilege, she is unable to find freedom and happiness. She is tired of handed-down definitions of womanhood and is compelled to be assertive in unprecedented ways, ways that have not been taught. Her inadequacies are no longer seen as weaknesses but an opportunity to grow, and her fear is accompanied with courage to risk everything for her conviction. Her hope is for a better tomorrow while validating similar struggles that people face in today’s conflicted world of diverse beliefs, ethnicities, cultures, and expectations.

Peacock in the Snow also confronts the "other side" of issues and -isms. When women become gatekeepers of patriarchy, whether benevolently or with hostility, or when sons are affected by male expectations and constructions of masculinity and are trapped within sexism’s expectations to live, act, or behave in pre-ordained ways, they too sacrifice their dreams.

The book also appeals to the other side of the globe, to satisfy curiosities about Canada and what it looks like from the eyes of a new family’s arrival – new cultures and landscapes, starkness and beauty, and experiences of hardship and freedom.

And, of course, for those who like a little mystery, magic, and intrigue in their CanLit mix, Peacock in the Snow is jam-packed with dark family secrets, a brutal ancestral murder, and the protagonists’ relentless pursuit by malicious spirits.

Peacock in the Snow is so much more than an examination of gender, class, and the lives of immigrants; the novel is, as David Siegel suggests, "a thrilling page-turner that keeps you on the edge of your seat." It is "a highly entertaining novel that also says much about contemporary Canadian society."

Peacock in the Snow evokes the sensitive treatment of the clash between family and cultural tradition in Jhumpa Lahiri’s Unaccustomed Earth, set against the ominous spectre of destiny that manifests in Janine Chang’s Three Souls. 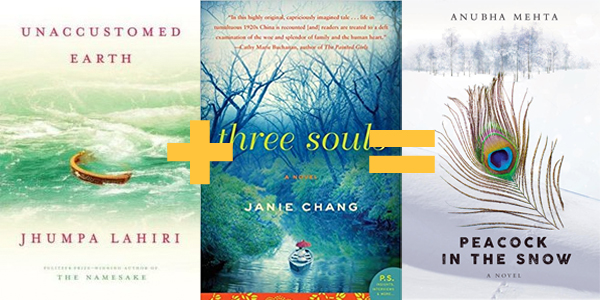 Our thanks to Anubha Mehta for giving us this deep look at her new novel, and to Renee at Inanna for making the connection. You can order  Peacock in the Snow from All Lit Up now.

Peacock in the Snow

November 30, 2018
Just the Thing: Books that complete the gift