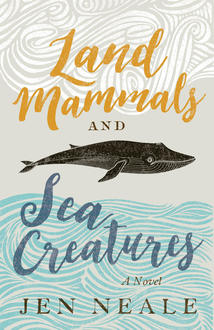 Who: Jen Neale lives in Vancouver with her partner, Brendan, and her dog, Sulu. She has a master’s degree in creative writing from the University of British Columbia. In 2012, she won the Bronwen Wallace Award for Emerging Writers; jurors Madeleine Thien, Johanna Skibsrud, and Alexander MacLeod cited her “pure imaginative power, sharp humor, emotional honesty, and real insight.” Land Mammals and Sea Creatures is her first novel.

Land Mammals and Sea Creatures is dark, authentic, honest, and brutally funny. With sharp humour and emotional honesty, Jen Neale’s debut novel offers readers a stunning exploration of love and grief. Neale tackles tough subjects like Post-Traumatic Stress Disorder, love, grief, and suicide, all the while reminding readers of two universal, and maybe comforting, truths—life must be lived to its fullest, and we must come to terms with its end.

After Julie Bird receives a phone call that her father Marty—a veteran with Gulf War Syndrome—has been having screaming matches with himself on the front lawn, she returns to the small town of Port Braid, British Columbia to look after him. But strange things are happening in town: animals appear to be dying by suicide—echoing Marty’s deepest desire—and a female Jerry Lee Lewis impersonator who shares a history with Marty arrives on the scene, only to make things more complicated. Things in town continue to become stranger and stranger, while Julie struggles with the fact that she’s not ready for a world without her father.

Through the lens of magic realism, Land Mammals and Sea Creatures is a novel that contrasts a romanticized vision of suicide with the one experienced by ordinary people. At times humorous and tragic, the story touches on the many ways we choose to destroy ourselves, as a species and as individuals. It’s relevant to readers who love weird fiction, who are interested in the rising rates of PTSD and suicide in the military, and who are paying attention to our environmental decline—in a world of pipeline approvals and fracking, Land Mammals and Sea Creatures is as timely as ever.

Land Mammals and Sea Creatures is what happens when the flawless prose of Michael Crummey’s Galore meets the magical realism of George Saunders and Haruki Murakami. 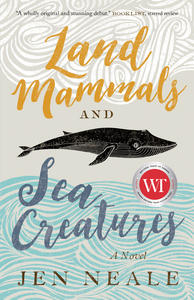