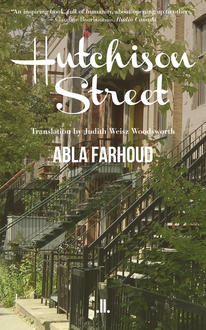 First Fiction Friday covers all kinds of debuts – this one happens to be celebrated Montreal writer Abla Farhoud's first novel translated into English!  Hutchison Street (Linda Leith Publishing) is a love letter to books and writing, and to the varied inhabitants of Montreal.

Abla Farhoud is a Montreal writer of Lebanese descent. She was an actress before becoming a playwright, and completed a master’s in theatre arts from the University of Quebec in Montreal. In addition to several plays, she has published five novels and has achieved considerable acclaim in French.

Abla Farhoud’s Hutchison Street (Linda Leith Publishing) is a rich parade of the old-timers, oddballs and dreamers who live on one of Montreal’s most storied streets.

When Jane Jacobs identified a livable city as one “equipped to handle strangers” she must have been thinking of Montreal. Its rambling neighbourhoods of sidewalks, alleys, dépanneurs, staircases, and balconies create a rich meeting place where familiar faces, soft glances, and even rude jostling results in what she called “an intricate sidewalk ballet.”

That ballet is most apparent on rue Hutchison. Retaining its nineteenth century frontier heft, the street is a dividing line between tony Outremont, the traditional home of the French-speaking political and intellectual bourgeoisie, and on the facing sidewalk, Mile End, which has weathered wave after wave of immigrants, most recently Greek and Portuguese. Today, a growing community of Hasidim call the Outremont-Mile End neighbourhood home, even as it has morphed into hipster mecca.

Abla Farhoud has lived there for going on four decades. In Hutchison Street, the Lebanese-born award-winning author and playwright captures the ebb and flow of a neighbourhood where people lead rich lives behind their shtetl hats, busy trips to the coffee shop, and sidewalk-sweeping brooms.

Farhoud has a deft way with the characters who populate the book – twenty-five of them, in fact. Divided into multiple short sections, she conjures up Antonella Rossetti who still “had a full head of hair” in spite of her age; Hershey Rozenfeld, considered “an oddball and good-for-nothing” by his community; Martine Saint-Amant, whose anti-depressants weren’t quite working; Albert Dupras, the journalist who thought being an asshole would be good for his career. Not to mention the Actresses, Batsheva the Grandmother, Xaroula and her Sisters. And Willa Coleridge, the Jamaican divorcee who dreams of visiting a synagogue.

Watching them all, and aching with curiosity, are two women who embody the neighbourhood’s extremes and then bring them together. Françoise Camirand, a celebrated author, is fascinated about her street and wants to write about the Hasidic Jews in particular. Seemingly unknowable and unapproachable, she has watched from afar as many of them have grown up, got married, and moved away. Across the street, Hinda Rochel, a young Hasidic girl, has been keeping a diary. She yearns to read more, see more, be more.

The women notice each other, watch each other, dream about each other. Will they finally meet? Take a walk up Hutchison Street to find out. 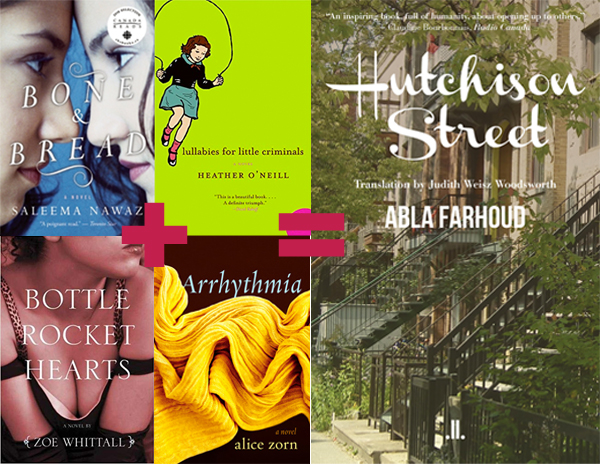 Thanks so much to Leila at Linda Leith for sharing  Hutchison Street with us! For more debut fiction, click here. 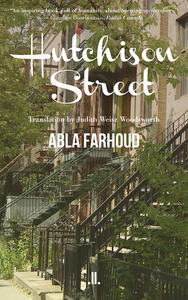 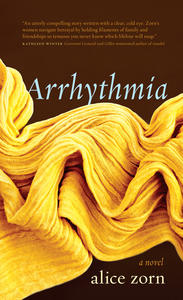