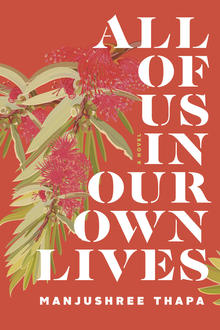 First Fiction Friday: All of Us in our Own Lives

Today's debut fiction isn't strictly a first novel for author Manjushree Thapa, but her first time as a Canadian author and her first published by a Canadian indie press. A deeply moving novel about the lives of women and girls in Nepal and the ethics of international aid,  All of Us in Our Own Lives (Freehand Books) gets our readerly attention.

See more details below
Tagged: all of us in our own lives, first fiction fridays, freehand books, manjushree thapa

All of Us in Our Own Lives is the first novel that Manjushree Thapa—one of Nepal’s foremost writers in English—has released onto the Canadian literary scene. It is a beautiful story of strangers who shape each other’s lives in fateful ways. It begins with a Canadian lawyer quitting her corporate job to move to Nepal to start a new career in international aid and forge a connection with the country of her birth. Through her work, she comes into contact with Indira Sharma, who has ambitions of becoming the first Nepali woman director of an NGO, as well as a bright young teenager living in a small village whose brother is home from Dubai to settle her future.

All of Us in Our Own Lives is an expertly-written, eye-opening book about privilege and the murky ethics of international development—with its earnest idealism and cynical, moneyed nature. It’s a novel of ideas—about the ethics of aid—but also the story of the people in the aid world, be they bureaucrats or beneficiaries, and their own private quests for personal fulfillment.

It is important for Canadians to read now because it introduces us to Nepal—a part of the world that Westerners tend to know little about but are often interested in travelling to. It is different from so many stories we encounter about Nepal because, instead of mountaineering tales and tourist clichés of Buddhist temples, readers are able to delve deep into the lives of women and girls there. And for many Canadians who might know very little about Nepal or international development, one of the four characters is a Canadian who knows little about Nepal and international development—so as she observes and learns, we learn with her.

All of Us in Our Own Lives combines sentiments of global fiction by writers such as Rohinton Mistry or Arundhati Roy with the subject matter of Barbara Kingsolver’s The Poisonwood Bible. 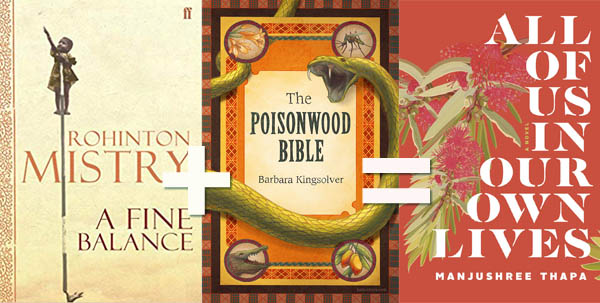 Manjushree Thapa was born in Kathmandu and raised in Nepal, Canada, and the United States. She has written several books of fiction and non-fiction for international markets, and she has translated Nepali literature into English. Her essays have appeared in the New York Times, the London Review of Books, Newsweek, and The Globe and Mail. All of Us in Our Own Lives is the first novel she wrote after moving to Toronto. She is working on a new novel about citizenship.

Thanks so much to Anna at Freehand Books for sharing  All of Us In Our Own Lives with us! For more debut fiction,  click here. 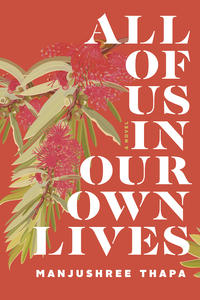