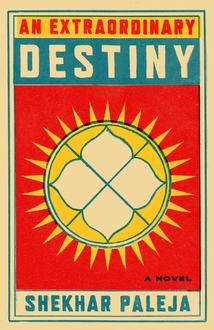 Shekhar Paleja's debut novel  An Extraordinary Destiny (Brindle & Glass Publishing) is a generational family saga that begins in 1947 in Lahore, India. At the centre of this epic, is the Sharma family who are forced to flee their home during the Partition of India. Foreward Reviews has said of the novel: "These characters’ stories influence one another compellingly, making [it] hold together despite its wide-ranging structure, and helping it reveal how each character carries with him the choices of generations." Read on for more. 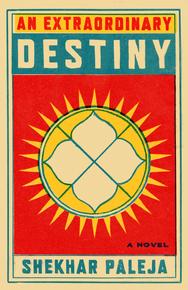 Who:
Shekhar Paleja graduated from the University of Calgary with his BFA in Theatre, and has many film and theatre credits to his name. He is a regular on film and stage sets in Vancouver, where he lives with his family, and has recently contributed op-eds to the Globe and Mail and CBC Books online. He has published two children's books, Native Americans: A Visual Exploration and Power Up!. An Extraordinary Destiny is his debut novel.

Why you need to read this now:
Do we control our own fate? Or is it written in the stars?

Intriguing, engrossing, and traumatic, An Extraordinary Destiny is a moving narrative interlacing three generations of an Indian family as they strain against the terrors of India’s past, the expectations of family and culture, and the promise of an auspicious kundali—a truly extraordinary destiny foretold at birth.

It’s 1947 in Lahore, and the Sharma family is forced to flee their home during the violence of the Partition of India. As the train tracks measure the ever-growing distance between Varoon and his mother, who vanished during the panic to escape, the boy is thrust towards an uncertain future.

Forty years later, Varoon’s grown son, Anush, desperately tries to disentangle himself from his father’s demands, which are mired in grief and whiskey. Rather than inspiring pride, Anush’s kundali compounds the tension between them—its lofty expectations threaten to suffocate Anush, and serve only as a reminder to his father about the man Anush could have been. Despite his attempts to please Varoon—a very powerful and intelligent man who has made his own way in the world—Anush struggles under the weight of his circumstances and falls further out of his father’s favour. But when Anush meets Nasreen, he feels he may finally be experiencing the incredible fate foretold—until Varoon unceremoniously stands in the way of his happiness.

Spanning fifty years and two continents, this is a moving tale of a son striving to live up to his destiny and a father mourning two tragic losses and a crushing disappointment in his son. It reveals how decades-old grief, seeded in traumatic history and cultivated by generational rites, can rise up to strangle the sacred connection between ancestors and descendants.

“An Extraordinary Destiny stopped me in my tracks,” says Minelle Mahtani, host of Roundhouse Radio’s Sense of Place. “It’s really a book about fathers and sons [...] ripe with wisdom, generosity of spirit and humility [...] it fulfills all the checkmarks for great summer reading and I don’t think you want to miss it.” 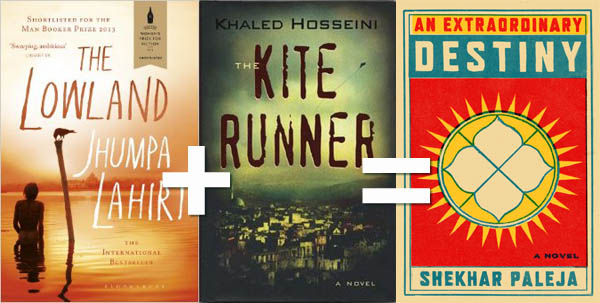 Our thanks to Tori Elliott at Brindle & Glass Publishing for sharing An Extraordinary Destiny with us. For more great debut fiction, click here. 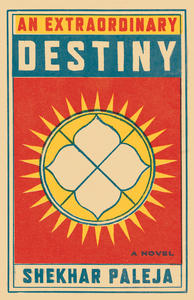