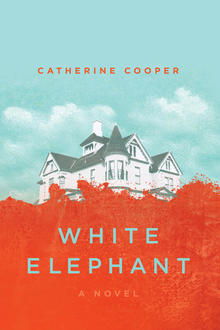 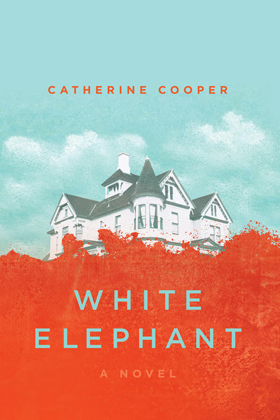 Catherine Cooper is originally from Nova Scotia, but she’s also lived in Czech Republic, New Zealand, Vancouver, Scotland, and briefly in rural Sierra Leone. While White Elephant is her first novel, she has published a collection of short stories with Pedlar Press, The Western Home: Stories from Home on the Range.

They’ve abandoned their recently completed dream home in Nova Scotia – a showy, expensive home that Ann had had built for them, until it mysteriously started to make her sick – and moved to Sierra Leone, a country in the midst of a civil war. They moved halfway across the world instead of getting divorced, which was their other option.

Richard, a doctor, is determined to help but can’t understand the local traditions and is in constant conflict with his colleagues; Ann is growing sicker by the day, from an illness that Richard is convinced is imaginary, as she attempts to keep the peace between her husband and son; and thirteen-year-old Torquil is just plain miserable, doing whatever he can possibly imagine to convince his parents to take him home where he’ll be able to watch his videotapes of Red Dawn and First Blood. (Stubbornly, Tor had packed the videos with him to Sierra Leone, even though his father had told him Sierra Leone didn’t have video games or Coca-Cola, and had been secretly thrilled to discover that the church there had a VHS player. Except then the pastor kept it locked up and said it was only for watching videos about God, so that was of no use to Tor either.)

What is this business about a white elephant, though? You might have heard of a white elephant gift exchange, where recipients can steal each others’ gifts – and sometimes the gifts aren’t very good. The Oxford English Dictionary says a white elephant is “a possession that is useless or troublesome, especially one that is expensive to maintain or difficult to dispose of.”

The story goes that the kings of Siam gave white elephants “as a gift to courtiers they disliked, in order to ruin the recipient by the great expense incurred in maintaining the animal.” Throughout the novel, both the war and the Berringer’s domestic hostilities escalate, and like their impossible-to-sell dream home back in Nova Scotia, the dream of a happy family life also proves itself to be a white elephant: something so dear that it becomes a burden.

Once you get started, you won’t be able to turn away from this fast-paced, darkly funny novel about a family who is difficult to like, yet at the same time frighteningly relatable.

It’s like the complex, dysfunctional, and fully realized family dynamics of Jonathan Franzen’s The Corrections meets the dark humour and literary stylings of Edward St. Aubyn’s The Patrick Melrose Novels. 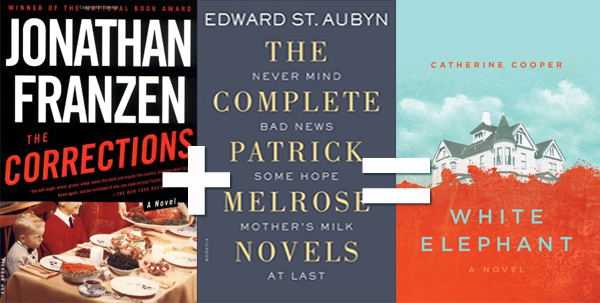 Thank you to Freehand Books, especially Kelsey Attard, for sharing this spectacular family drama with us. If you love discovering new authors, check out our previous First Fiction Friday picks. 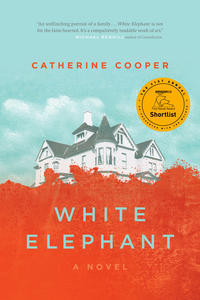 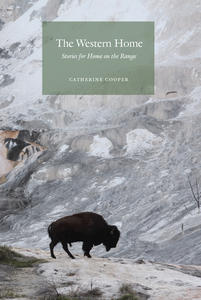