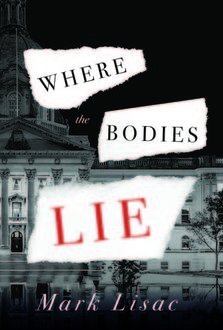 With Alberta having a true political moment – between the unseating of the formerly un-unseatable PC party and the best-known Canadian Mayor (for good reasons, anyway) – there's no better time to pick up Mark Lisac's debut novel,  Where the Bodies Lie (NeWest Press). Called "smooth prose and fine pacing" and "a pleasure to read" by the Globe & Mail, get a north-of-the-border House of Cards experience with the bright yet strange lawyer, Harry Asher, at the heart of this smart mystery.

Mark Lisac, originally from Hamilton, began writing about Alberta politics in 1979 as a reporter for The Canadian Press and then as a columnist for The Edmonton Journal. From 2005 to 2013, he was publisher and editor of the independent political newsletter Insight into Government. Where the Bodies Lie is his first novel.

Where the Bodies Lie is a political thriller that looks at the shadowy realm of politics, where camera lights don’t reach, to tell a story that stretches beyond the political world. With interest in Albertan provincial politics at an all-time high following the collapse of the Progressive Conservative dynasty and the rise of the NDP, Where the Bodies Lie’s cynical take on the province’s founding myths has never been more timely.

An eccentric MLA runs over a small-town accountant with his truck in broad daylight and is sentenced to life in prison, yet questions about his motives go answered. The premier calls on lawyer Harry Asher to look into the real reason behind the murder.

Asher is a former college hockey star with a strong intellect, expensive tastes, and an obsessive habit of visiting the graves of famous historical figures. These unwelcome visits to more graves increase as he strives to get to the bottom of what turns out to be a bigger mystery than he had bargained for. Asher follows the trail to discover a chain of corruption and violence tied to the history of the province.

Where the Bodies Lie is well-written and finely observes corruption in provincial politics and personal peccadillos that have far-reaching and tragic consequences.

Mark Lisac has an eye for detail and often communicates big ideas in just a few words. While set as a mystery, this is definitely not a police procedural and it could also be read as a fable on themes of friendship, love, the inescapability of grief, the weight of history, and the nature of truth.

Take the political corruption of Robert Penn Warren’s All the King’s Men and scramble it with the thriller quality of John Grisham’s The Pelican Brief, then set it all in a province east of the Rockies with an ex-hockey player turned lawyer, and you’ve got Where the Bodies Lie. 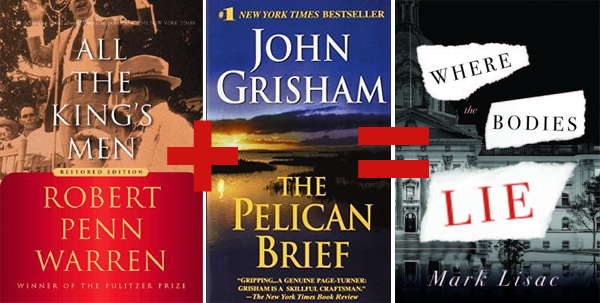 Thanks so much to Claire at NeWest for sharing Where the Bodies Lie with us. For more great Canadian debut fiction, just follow the link.