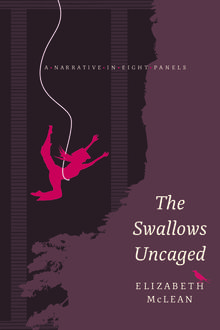 Every now and again, a book comes along that brings an entire history alive. In The Swallows Uncaged, Elizabeth McLean employs fiction to untangle one thousand years of Vietnamese history. Interweaving real and imagined events, McLean projects eight fictional narratives about the lives of the girls and women of Vietnam on an eight-panel screen. Each panel captures a distinct moment in time, yet they all speak to one another. 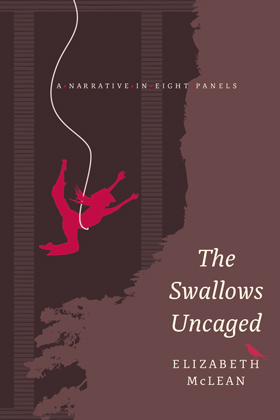 The Swallows Uncaged: A Narrative in Eight Panels (Freehand Books, 2015)

Elizabeth McLean immigrated to Canada from Warsaw, Poland, in the 1960s. She worked for several years as a CBC radio producer and researcher for TIME Canada. She also spent two decades writing policy documents for various government departments on issues of federal-provincial relations and Canada’s foreign policy.

McLean’s book, The Swallows Uncaged, is the product of the six years that she spent working as a teacher in Vietnam and absorbing its culture and history. Always an adventurer, Mclean moved there on a bit of a whim: one evening she walked past the Vietnamese embassy in Ottawa and thought she might like to live in Hanoi. Within three months, she had quit her job, sold her condo, her car and 90% of her belongings, and was standing at a lectern teaching at the Diplomatic Academy of Vietnam. While she was there, she immersed herself Vietnamese history and culture while also teaching, writing, and consulting for The Women's Publishing House.

A visual artist and keen reader, she won the Impress Prize for New Writers in the UK in 2011. She lives in Vancouver, BC.

Every now and again, a book comes along that brings an entire history alive. In The Swallows Uncaged, Elizabeth McLean employs fiction to untangle one thousand years of Vietnamese history. Interweaving real and imagined events, McLean projects eight fictional narratives about the lives of the girls and women of Vietnam on an eight-panel screen. Each panel captures a distinct moment in time, yet they all speak to one another. In rich prose and with vivid imagination, she coaxes spirited characters from behind the veil of history’s warring dynasties and brutal battles to reveal a welter of human misfortunes, frustrations, and dreams.

The women depicted are at once tragic and beguiling. They are bound by the customs of their time and place—and yet so willing to change and take risks. When their men go away, to war or to advance their fortunes, these women stay by the hearth (not always idly or chastely). They dutifully pass down their ancestors’ traditions to their daughters and granddaughters, but also recast the iron rules to gratify their ambitions and desires. They “lean in” against the reins of their Confucian culture and scheme to improve their lot. And they love zestfully and wickedly.

A young girl living in a rugged village on the southern rim of China is caught unaware by Confucius, who cautions her not to stray from the four virtues of women, while in another century, a woman scanning the horizon for enemy soldiers imagines sharing a spell of passion with her husband, who is battling the Mongol armies of Kubla Khan. A royal concubine befriends a eunuch, a patriotic peasant girl writes a heart-rending plea to President Hồ Chi Minh, and a perky career woman grapples with the aftermath of the Vietnamese war and the influence of Westerners. All of these women recognize that their sense of duty is in conflict with their dreams and desires, and they may have to defy authority and tradition to fully experience love in all of its forms.

What Other People Are Saying about The Swallows Uncaged:

“Publishing a first book at age 73 might not be the typical writers’ trajectory, but for Vancouver author Elizabeth McLean, it’s another milestone in a bold life of travel, adventure, and creativity.” —Cheri Hanson, Quill and Quire

“The Swallows Uncaged presents history’s women as agents within the constraints of their own time – birds who occasionally take flight.” —Jade Colbert, The Globe and Mail

Thank you to Freehand Books, especially Anna Boyer, for sharing this beautiful new book with us. If you enjoy discovering new voices, check out our previous First Fiction Friday picks. 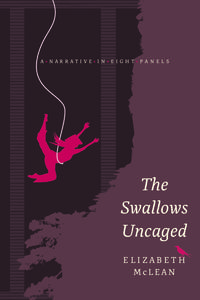 August 4, 2017
Poetry in Motion: the Prairie Honesty of Jim McLean