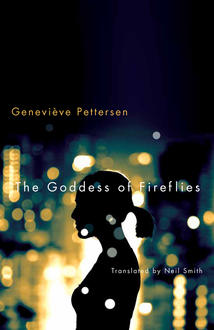 The Goddess of Fireflies, winner of the 2015 Archambault Prize, is the modern-day coming-of-age story for a generation of Québécois youth growing up in the 1990s. The novel has received plenty of buzz since it was published in French. It is soon to be made into a film by Anaïs Barbeau-Lavalette, the hotly tipped Québécois director behind Inch-Allah (2012). 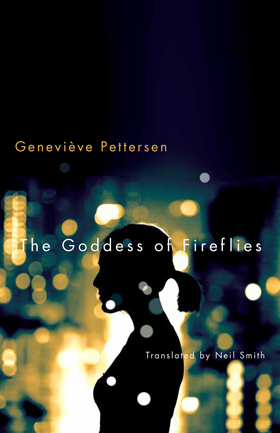 The Goddess of Fireflies (Vehicule Press, 2016)

Geneviève Pettersen was born in 1982. The Goddess of Fireflies was originally published in French as La déesse des mouches à feu by Le Quartanier (2013). She is currently working on its sequel. For years she wrote the widely-read Madame Chose column for the La Presse newspaper, which were collected into a book. She is currently a columnist for Chatelaine.

A three-time nominee for the Journey Prize, translator Neil Smith published his debut collection, Bang Crunch, with Knopf Canada in 2007. It was later published in America, Britain, France, Germany, and India. It was chosen as a best book of the year by the Washington Post and the Globe and Mail. His second book, a novel called Boo, was published in May 2015 with Vintage Books in the U.S., William Heinemann in Britain, and Knopf in Canada.

The Goddess of Fireflies, winner of the 2015 Archambault Prize, is the modern-day coming-of-age story for a generation of Québécois youth growing up in the 1990s. The novel has received plenty of buzz since it was published in French. It is soon to be made into a film by Anaïs Barbeau-Lavalette, the hotly tipped Québécois director behind Inch-Allah (2012).

In The Goddess of Fireflies, Petterson writes of first times, teen-angst, grunge, rock songs, cocaine, and popular high school girls, all set in Chicoutimi North. The story is told in the raw voice of the youth of the Saguenay region with local expressions and references. Our narrator, Catherine is the goddess of fireflies; The fireflies are the most popular girls at her school. The year is 1996, and small-town life for 14-year-old Catherine is made up of punk rock, skaters, shoplifting, drugs, and the ghost of Kurt Cobain.

Catherine's parents are too busy divorcing to pay her headful of unspent angst much attention but after she tries a PCP variant called mesc for the first time, her budding rebellion begins to spiral out of control. This a story of teenage kicks, awkwardness, and mistakes. A bunch of teenagers playing by their own rules, dabbling in all sorts of drugs for the first time, sex, parties in the bush and answering to no one.

Neil Smith’s English translation is lovely, never betraying the raw and colloquial expressions of the French version. He does a wonderful job of capturing the original regional tone that is filled with the rough teenage jargon of the Saguenay region, bringing the story to a wider audience.

Thank you to Vehicule Press, especially Maya Assouad, for sharing this new book with us!

The Goddess of Fireflies

September 14, 2016
Recreational Reading for Your Kids: A Spring Preview