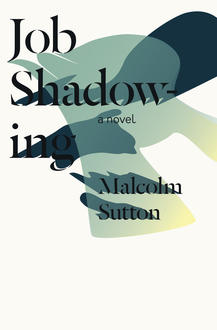 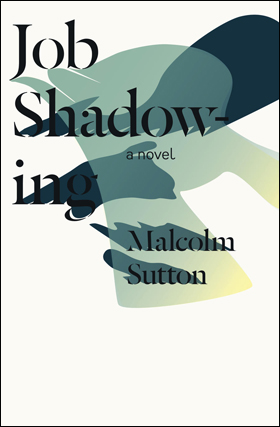 Malcolm Sutton is a writer, editor, and interdisciplinary artist living in Toronto. His fiction has appeared in Maisonneuve, Joyland, and Drunken Boat, and his writing on art has appeared in C Magazine and Border Crossings. He is the Fiction Editor at BookThug and works as a graphic designer, collaborating with artists on text- and performance-based projects.

Why you need to read this book now:

A jobless man around the age of forty becomes the literal shadow of an employed millennial. She is ambitious but finds herself working in an organization where job descriptions are narrow and there is little room for expanding the description.

Given the lack of freedom in being her shadow, Gil – the narrator of the novel – tries to understand his place historically, as a worker or non-worker. He looks back at the opportunities of his parents’ generation which formed his own expectations. He looks back at what the Baby Boomers were able to do, and asks what happened to those trajectories of life. And he tries to look forward. This looking backward and looking forward is part of our present zeitgeist, even as we are so focused on the present.

A second protagonist, the man’s partner Etti – an artist – is at a critical point in her career. Seeking more lucrative employment, she proposes a project to an ultra-wealthy man. She would be the author of the project, and he would pay her for it. This lands her on his superyacht, and when finally they begin the project, he guides it to meet his own restless desires.

Crosscutting between Etti and Gil’s stories, the novel’s energy shifts, from page to page, from thriller to intellectual trip and back, drawing on the anxieties and hopes of our present economic atmosphere. The novel wants and asks, even as we do.

What other people are saying about Job Shadowing:

“If you dig the novels of Haruki Murakami, or obsess over the film Being John Malkovich; if you worry about the intersection of art and commerce, or feel trapped in a corporate netherworld, then Job Shadowing by Malcolm Sutton is the read for you.” —Heather Birrell, Toronto Star

Watch Malcolm reading from Job Shadowing at the BookThug Spring launch below or read a short excerpt here.

Thank you to BookThug, especially Hazel Millar, for connecting us with Malcolm, and to Malcolm for sharing his engrossing first novel with us. If you love discovering new authors, check out previous First Fiction Friday picks here. 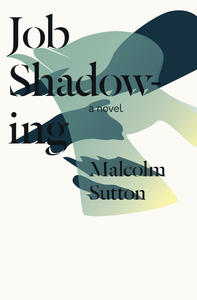