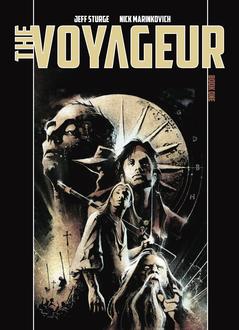 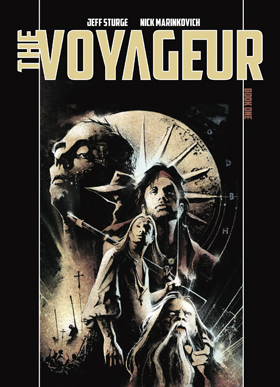 Jeff Sturge is a screenwriter with a career in television spanning over 12 years. He’s written numerous shows – mostly for history and crime-based series – for broadcasters like National Geographic, Discovery Channel, A&E and History.

Nick Marinkovich is a Canadian illustrator, graphic novelist, and multi-media artist. He has worked for IDW, Devils Due, and Marvel, as well as releasing his own titles under Image and Pop Sandbox. He is known for a signature ink-rendered, photo-based artwork that is heavily stylized.

The story follows 15-year-old Fintan O’Neill, the poorest kid in Ballypoyle, living on a small tenant farm with his hardened, cynical mother, forced to do what she's had to for her and her boy to survive.

The arrival of Fintan’s older cousin Ruari – a soldier with his own troubled past – has turned his world upside down. Appointing himself a stand-in father figure, Ruari leads Fintan into a world of vice and violence. Sensing the danger, yet unable to resist the excitement – Fintan lets himself get sucked in.

But Fintan’s got no idea what his cousin’s really mixed up with. Powerful forces beyond his limited scope are coming for him. And it's about to throw the shy introvert into a whirlwind adventure into the unknown …

The idea for the story came to Jeff back around 2009 — originally conceived as a vehicle to recreate the voyages of Samuel de Champlain, the fictional characters began to take on a life of their own and the story grew from there.

He brought the idea to Nick, who was instantly intrigued and came on board as an illustrator and partner. The artwork Nick chose is a unique photo-based imagery, completely rendered in ink and heavily stylized to achieve a haunting look with regard to the characters and environment. All architecture, landscapes, and wardrobe from the era have been meticulously researched for historical accuracy. The costumes and settings are taken from historical buildings and period drawings.

This is the first of what's intended to be a six-book series with a cast that includes strong characters both male and female, and interwoven storylines of other landmark events happening during this period.

To learn more about the process behind the making of The Voyageur check out this interview of the author and illustrator with InnerSpace. To get a sneak peek at some of the panels from The Voyageur, check out this Sequential feature.

Thanks to Guernica Editions, especially Anna Geisler, with sharing this historical graphic novel with us. If you love discovering new fiction writers, find all our past First Fiction Friday picks here. 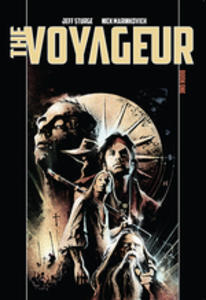