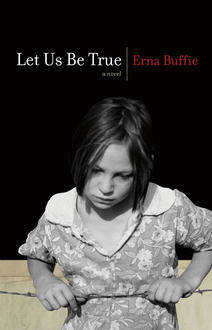 Let Us Be True deftly illustrates how the ravages of war shape the lives of both men and women. At its heart is an exploration of the damage done when our need to be “true”—to ourselves, our families and our children—collides with our need to tell lies and keep secrets. 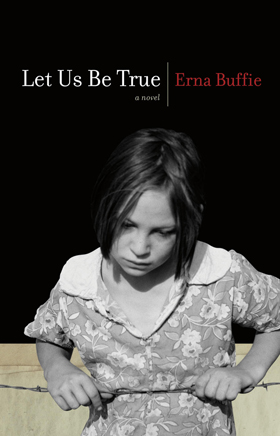 Over the past 25 years, Erna Buffie has worked in the film industry, producing award-winning documentary films, for broadcasters around the world. After living in Montreal and Halifax, she decided to return to Winnipeg in 2011.

How do family secrets shape who we become? And how do the secrets we keep shape the lives of our children?

Let Us Be True deftly illustrates how the ravages of war shape the lives of both men and women. At its heart is an exploration of the damage done when our need to be “true”—to ourselves, our families and our children—collides with our need to tell lies and keep secrets. In both deceptively simple and lyrical prose, Buffie peels back the layers of resentment and anger within each of her characters to its source, revealing women who, as irritating and rigid as they may at first seem, are deserving of both compassion and forgiveness.

From the beautiful descriptions of the vast prairies, to the intricate details of the lives she explores, Let Us Be True will have you reading until the wee hours of the morning, as it uncovers the truth and reveals its secrets.

At its center is the story of 74-year-old Pearl Calder, a woman whose life spans the Great Depression, the Second World War and the post war boom. Like so many women of her generation, Pearl has been forced to deal with events beyond her control: a father destroyed by the 1st world war, a mother’s tragic death, a brother who adores her, but who dies on the beaches of Dieppe, and a sister who abandons Pearl to save herself. Each successive loss, each perceived betrayal and abandonment transforms Pearl from a shy, fearful child into a bitter, angry and frightened old woman - a woman who has chosen to bury her past and keep it a lifelong secret from her children. But as Pearl confronts her own mortality, she begins to realize that her darkest secrets and lies don’t just haunt her, they also haunt her daughters.

Alternating between Pearl’s voice and the voices of her family, both living and dead, each chapter in Let Us Be True offers a different perspective on one woman’s life. With each story and each new voice comes a deeper understanding of Pearl, her secret past and the people she has loved. Will her daughters, Carol and Darlene, two women locked in their own anger and caught up in their own secrets, ever know the full truth about their mother’s past, and if they do, will they find it in their hearts to forgive her? And in forgiving, will they finally find their way and be true to themselves and the people they love?

In what one reviewer has described as a novel reminiscent of Margaret Laurence’s The Stone Angel, Buffie has crafted a compelling tale about love, family, and the damage done by secrets. It is, as Canadian author Carol Bruneau has observed, “a fiercely imagined work…”

Thank you to Coteau Books, especially MacKenzie Hamon, for sharing this debut novel with us!