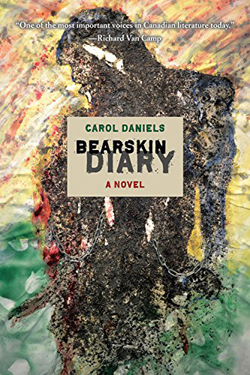 Carol Daniels is a journalist who became Canada’s first Aboriginal woman to anchor a national newscast when she joined CBC Newsworld in 1989. Her work has since earned several awards, including the 2009 National Aboriginal Achievement Award. Her poetry and short fiction have been included in several anthologies. Daniels is also a visual artist, musician, and politician.

It is an exciting time for Canada. In the recent Federal election, a record number of elected MPs were of aboriginal descent (including Justice Minister Jody Wilson-Raybould), Prime Minister Justin Trudeau has promised an inquiry into missing and murdered indigenous women, and some of the recommendations of the Truth and Reconciliation Commission are starting to be implemented. With these recent developments, First Nations, Metis, and Inuit people are starting to gain more traction.

But there is still a long way to go. And it is made all the more urgent by occurrences such as  the despicable alleged behaviour of police officers in Val D'or, Quebec, who have been questioned for driving Indigenous women to the outskirts of the city, sexually assaulting them, and leaving them to walk back on their own.

Bearskin Diary is representative of the strong aboriginal voices in Canada. This novel—which is inspired by the author’s own experiences—is relevant to many of the most pressing issues facing Canadians today: it brings to light the damage done by the Sixties Scoop; it gives a unique and heartfelt perspective on why movements like Idle No More are so important; it highlights the pressing tragedies of missing and murdered aboriginal women and girls; and it draws attention to deep-seeded discrimination that is present in the media, the criminal justice system, and society as a whole.

Bearskin Diary follows the story of Sandy, one of the twenty thousand plus children who were taken from their mothers when they were born. Sandy grows up with a Ukranian family—the only aboriginal person in the town. She becomes a journalist and enters the media world, where she struggles with constant bullying and racism from her co-workers, and also her own lack of understanding about her First Nations heritage. But slowly, through love and friendship, she learns about her heritage and becomes stronger through it, finding her way by embracing the First Nations culture that the Sixties Scoop had tried to deny.

This is a story of hope and resilience that will resonate with readers from all walks of life. It’s no wonder that after reading this book, Richard Van Camp referred to Carol Daniels as “one of the most important voices in Canadian literature today.”

Thank you to Nightwood Editions, especially Annie Boyer, for sharing this powerful new story with us. If you love discovering new writers, check out our previous First Fiction Friday picks here. 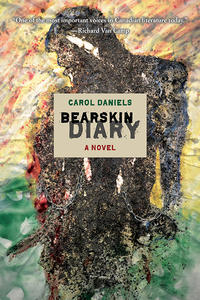 October 12, 2018
Jules' Tools for Social Change: In This Together: interviews with anthology contributors