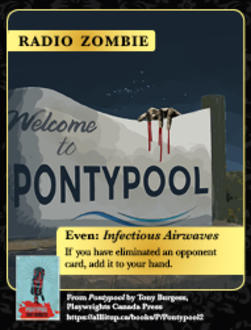 It's official: we have some scary books for sale here on All Lit Up. With all of the monsters, legendary creatures, and semi-spooky protagonists featuring in these books, we thought pitting them against each other in a card game was the logical next step (but again, we're one of three people still playing Pokemon GO). Print out our card game for two, and read on to find out more about the books that inspired our combative cards. OR, buy any of the books featured in this post until October 31st, and we'll mail you a set, free!

Do-Lit-Yourself is a column for book lovers with a crafty streak. This pinteresting monthly is written by LPG Education and Engagement manager Lauren Perruzza.

To play our card game, you just need a copy of the game (download here, or buy any of these featured books to get a double-sided set) cut along the dotted lines, add two dice, some damage markers, and another player, and you're good to go!

Here's a little more information about all of our cards, and the books behind them: 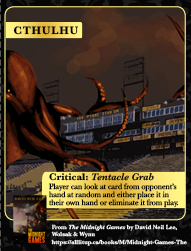 When is Cthulhu, the Lovecraftian sea-beast with too many tentacles to count the scariest? In our opinion, when set loose on a dystopian Hamilton in David Neil Lee's YA novel The Midnight Games. Main character Nate sneaks into Hamilton's Ivor Wynne Stadium to check out the Midnight Games being held there, but what he finds instead is a cultish ritual, and much more trouble than he'd bargained for.

Our Cthulhu card snatches cards out of your opponent's hand with its fearsome tentacles (but whether or not it can predict winning soccer teams is as yet unknown). 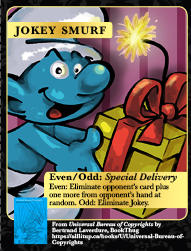 The normally playful Jokey Smurf is decidedly more sinister in Bertrand Laverdure's novella, where literary tourists flock to "attractions" and everything – including your own life and history – is copyrightable. All scary, yes, but none more so than Jokey himself: a nihilistic Smurf that doggedly tails the main character with his exploding packages, less adorable, more terrifying and deeply inhibitive to character's movements.

We rolled with the Exploding Jokey, making him just as likely to take out half of the opponent's hand as to incapacitate himself. 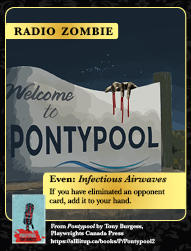 Tony Burgess' novel-turned-movie-turned-play Pontypool, is about the eponymous fictional town succumbing to an epidemic virus caught through conversation, that renders citizens incapable of understanding any communication and making them prone to outbursts of terrible violence.

Like the zombie-esque afflicted in Burgess' play, players can "reanimate" defeated opponent cards with this card's "Infectious Airwaves" ability. 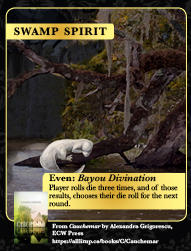 Alexandra Grigorescu's debut novel is a Southern Gothic romance-meets-dark Bayou horror: a pregnant 20-year-old living aside a Louisiana swamp is tormented by a white, reptilian spirit as her lover grows sicker and sicker. She has to contend with all this and the comings and goings of her mother, Christobelle, who may be practising some kind of magic of her own.

We can't think of Louisiana without thinking of its amazing fortune-telling tradition, so this card is armed to give you a glimpse into your playing future by knowing your dice roll ahead one turn. 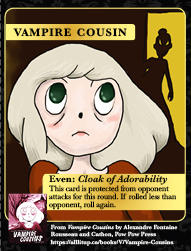 For the old-school horror movie fans out there, Alexandre Fontaine Rousseau's Vampire Cousins is a tribute to horror genre classics. A naive girl, Camille, goes to visit her castle-dwelling cousin for a sleepover. Things seemed to have changed since the last time Camille was around: Frédérique is moody, hates garlic, and, maybe, is a TOTAL VAMPIRE.

We have never seen a cuter Vampire Cousin, so the Camille card gets protected from attacks and another chance at damaging its opponent. 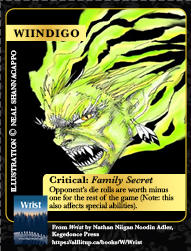 In Nathan Adler's Wrist, he reimagines the legend of the Wiindigo (also spelled as Windigo or Wendigo, among other permutations) – a cannibalistic spirit, insatiably moving from one victim to the next. Adler's Wiindigo rears its head in the fictional community of Sterling and Ghost Lake Reserve, where Church and his family begin to show troubling signs of madness seen 100 years earlier.

Our equally insatiable Wiindigo eats one off every opponent's die roll. We have Saulteaux (Nakawe) artist and poet Neal Shannacappo to thank for the fearsome Wiindigo image on this card.

Remember: buy any of these books, get a set of the cards (and into the CanLit Halloween spirit, too). Click the link for more do-lit-yourself. 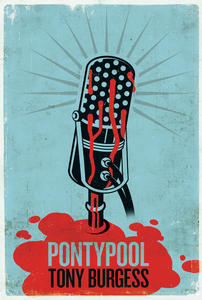 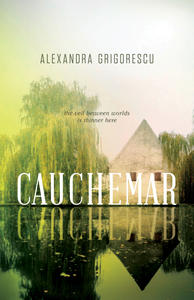 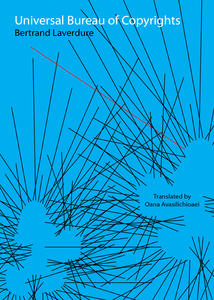 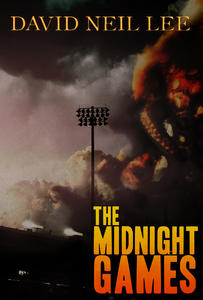 July 2, 2021
Under the Cover: Funereal Fiction in You Are Among Monsters