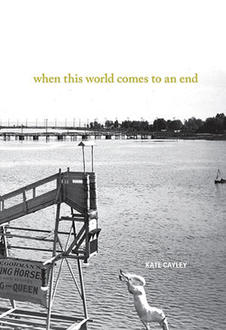 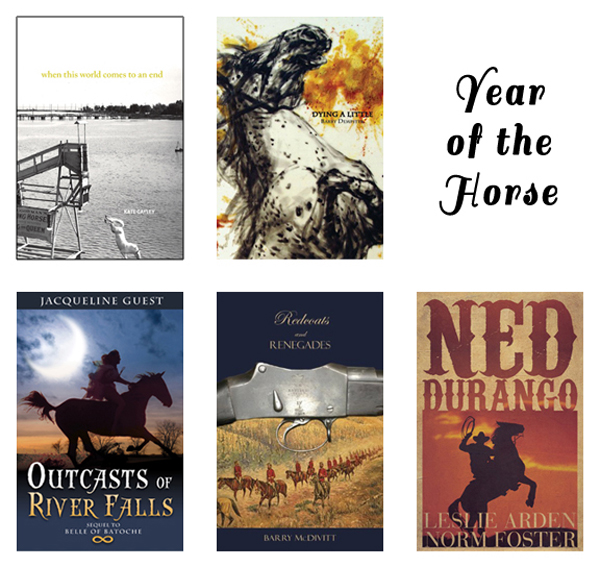 When This World Comes to an End by Kate Cayley (Brick Books)
Kate Cayley’s is a mind both studious and curious, deeply attuned to the question “what if?” What if Nick Drake and Emily Dickinson met in the afterlife? What if a respected physician suddenly shrank to the size of a pea? What if the blind twins in a Victorian photograph could speak to us? Cayley draws on her experience as a playwright to create vividly engaging voices and characters ranging from the famous to the infamous to the all-but-anonymous. With exquisite pacing and striking imagery she draws us into the gaps in history, invites us to survey its wonders, both real and imaginary.

Dying a Little by Barry Dempster (Wolsak & Wynn)
Award-winning  poet Barry Dempster’s latest collection embraces the fragility of life  and the bitterness of endings. Ghosts of his father and mother haunt the  pages and friends face battles with cancer, some losing, some not,  while the poet himself is all too aware of the passage of time on his  own frame. This is not a gentle book, but in his wrestling with death  Dempster gives voice to the pain that many others have felt. Yet with  his deft turn of phrase and fresh imagery he also startles his readers,  and leaves them questioning their own expectations of life and its  alternative.

Outcasts of River Falls by Jacqueline Guest (Coteau Books)
After  the death of her father, Kathryn must go to live with her Aunt Belle in  Alberta. But a shock is in store for this well-bred young Toronto lady.  Arriving at the town of Hopeful, Kathryn is horrified to learn her new  home is a group of shacks called River Falls, a Metis community. Never  having known her true heritage, Kathryn is further shocked to discover  it's not even a permanent home. Barred from owning land, the Metis must  find a way to live in the road allowances, or ditches – the strips of  government land between the public highway and the private properties of  recognized citizens.

Outcasts of River Falls is the sequel to the award-winning Belle of Batoche.

Redcoats and Renegades by Barry McDivitt (Thistledown Press)
In the 1870s, a teenage criminal from New York makes history when he becomes the first person arrested by Canada’s newly created national police force — the original RCMP. Following this encounter, he unwillingly accompanies the North West Mounted Police on their 1874 expedition into Canada’s untamed and lawless west. The March West, as it became know, saw them travel from Fort Dufferin, near Winnipeg, 800 miles west toward the Rocky Mountains, to restore order in the northwest. They endured terrible hardships but their fate changes when they meet up with Jerry Potts, an extraordinary guide.

Ned Durango by Leslie Arden and Norm Foster (Playwrights Canada Press)
In the town of Big Oak lies the Crossroads Cafe, where five locals come together to plan the annual Tomato Parade. With everything in place, the town hopes the parade can sweeten the hearts of potential investors who are considering Big Oak for a new amusement park, which could bring tourists and an end to the town’s financial distress. So who else should ride in the show but Ned Durango, beloved idol and star cowboy. Well, to some at least. Norm Foster and Leslie Arden deliver a comedic yet touching musical of big dreams and new beginnings.

January 22, 2015 by Tan Light
Get to Know Them First: How You Were Born, Short Stories by Kate Cayley