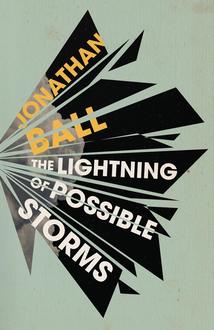 Jonathan Ball's  The Lightning of Possible Storms (Book*hug Press) is a collection of short fiction that blends humour, horror, and straight up sci-fi in a multi-faceted literary ride that's pretty perfect for a wonderfully weird trip on the big screen. That's why we collaborated with author Jonathan Ball who imagined a celebrity cast to make this adaptation a box-office success. (Brb, Hollywood is calling.)

Here's our vision for the silver screen!

PATRICIA ARQUETTE as ALEYA, the main character whose world starts to unravel after a café customer leaves behind a collection of short stories. Surprised and disturbed to discover that it has been dedicated to her, Aleya delves into the strange book. The deeper she sinks into the mysterious writer's work, the less real the world around her seems. Soon, she's overwhelmed as a new, more terrifying existence takes hold.

CHRISTOPHER WALKEN as JONATHAN BALL, a writer who in the book version has a story purchased by the actual Christopher Walken (how's that for meta?) who then turns the story into the remake of The Dark Half by Stephen King and plays “The Writer.”

NICOLAS CAGE as YOU/HE, a man who is drinking himself to death (or trying to) and is unable to remember his own name or even refer to himself in the first person.

CAMERON DIAZ as SARA, a woman who is relapsing into anorexia and dreaming about wandering in a dress made of diamonds and through a palace of ice.

LEONARDO DiCAPRIO as CAPITALISM, a literal personification of Capitalism itself 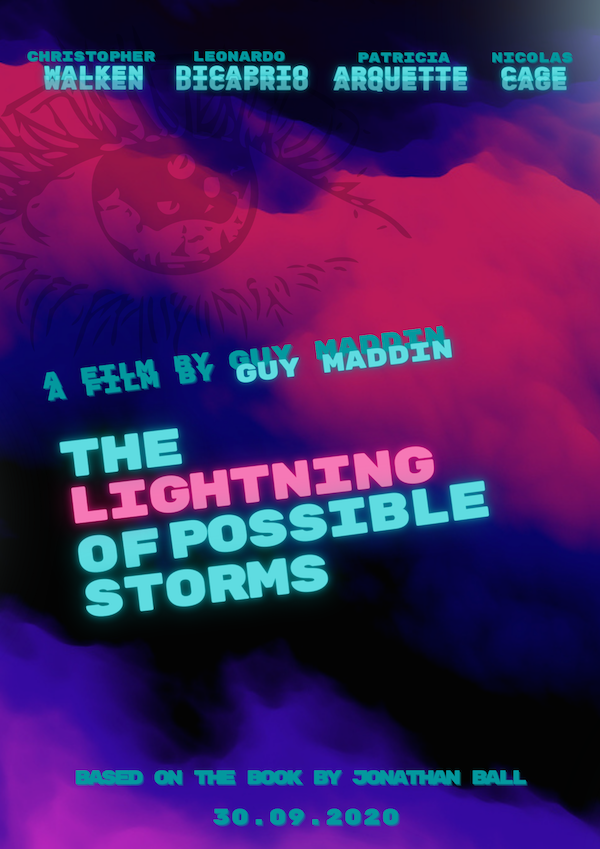 We don't know about you, but we'd watch the heck out of this movie. But first — the book! You can get your copy of  The Lightning of Possible Storms now on All Lit Up. 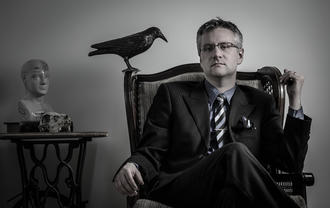 Jonathan Ball is the author of eight books, including Ex Machina, Clockfire, and The National Gallery. He lives in Winnipeg and has won many awards, including a Manitoba Book Award for Most Promising Manitoba Writer. He hosts Writing the Wrong Way, the podcast for writers who strive to be bold and readers who crave something new. Visit him at www.jonathanball.com.

Thanks to Jonathan for playing casting director for this edition of Character Study, and to Hazel at Book*hug Press for connecting us.

The Lightning of Possible Storms