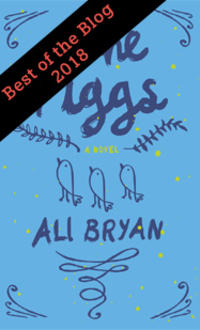 Casting the movie version of Ali Bryan's latest novel  The Figgs (Freehand Books) began with a  Twitter exchange: our pals at 49th Shelf said that the book "begs to be made into a movie." Beg no more! With the help of Freehand publisher Kelsey Attard, we finished what Twitter started and cast up the dysfunctional, wonderful Figgs family.

49th Shelf said it best: when you've got a novel about a married couple on the cusp of retirement, whose only barrier to freedom is their three adult children who refuse to leave the nest, you just need to see that movie adaptation. Using the initial Twitter conversation about casting The Figgs as a jumping-off point, Freehand publisher Kelsey Attard gave us this "official cast list" not too far after.

Derek – Justin Bieber or Michael Cera (we’ll have to audition them both, haha) [ALU note: We went with the Biebs!]

When it came to choosing who to direct, Kelsey also told us: "There’s a bit of a Royal Tenenbaums vibe to The Figgs, so Wes Anderson could be the director. If he’s not available, others on the shortlist could be Jason Reitman (Juno) or Shawn Levy (This is Where I Leave You)."

We think, when offered Wes Anderson, you take him (plus, is there a better movie maker about family than Wes Anderson? We haven't met them).

With all of this inspiration, we made an Anderson-style poster for the Figgs, borrowing from the cover's excellent text design (and those pitch-perfect little birds). We took the idea that matriarch June was still cooking for this family of five adults and went with a stylized dinner table, using some of Anderson's signature typefaces (and music from Mark Mothersbaugh, of course). 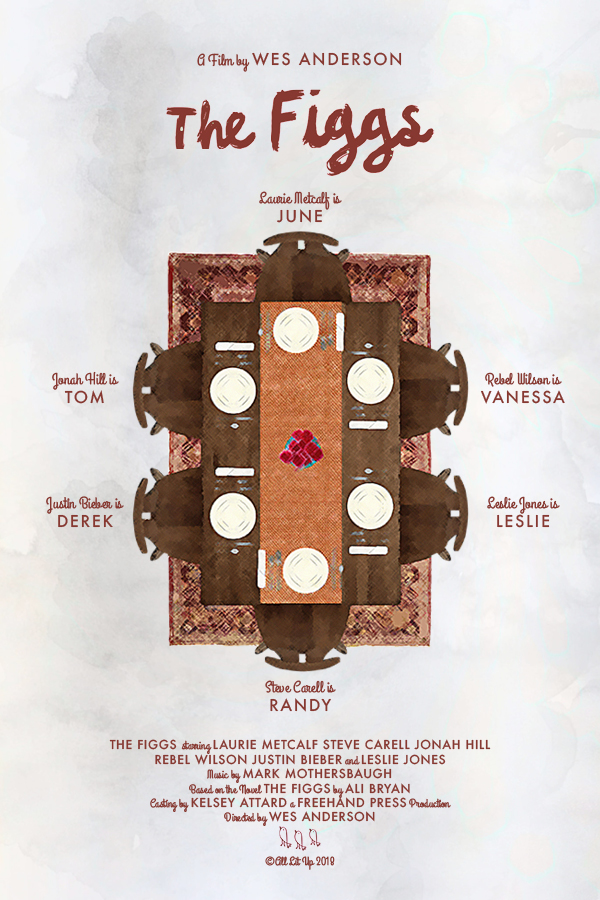 We'd watch the heck out of this movie, wouldn't you? We'll have to "settle" for reading the novel, at least for now. (Settle in quotation marks, because one never settles reading the delightful Ali Bryan).

Thanks so much to Kelsey at Freehand for playing casting director with us! You can get  The Figgs now, here on All Lit Up or at an indie bookstore or library near you. For more Character Study, click here.