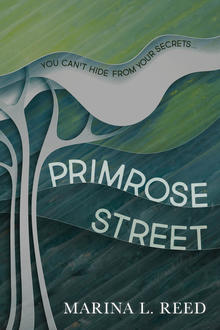 When we got our hands on the compulsively-readable character-driven  Primrose Street (Blue Moon Publishers), we knew it was perfect for the big screen. Featuring a load of diverse characters living in a small rural town, the novel follows their limited neighbourly interactions that are often more complex than they appear, making for a great movie premise. With help from author Marina L. Reed, we dreamed up our cast, below.

"Primrose Street as a movie would be along the lines of Love Actually, where the stories of many characters are told and a thread weaves them together. That is Primrose Street. In many ways, it lends itself to an ongoing drama series as well, as characters and stories evolve and emerge. Much like Nashville, or Bloodline. Primrose Street is anyone's street. It takes the reader, or viewer, into the homes and lives of residents that live there, when they shed their shroud of secrets. We get a glimpse into their pain, their struggle, their realness. The reader is forced to question their own attitudes and ideas, and will not emerge the same. I have been told it is an explosive read. A cleansing of the heart. Especially in light of our political and cultural climate, where LGBTSPlus and immigrants are being questioned and suspect, Primrose Street is an important read to opening eyes. There are a lot of characters in Primrose Street, as in our communities. I have made a selection of key characters and have thought of the best actors to step into those personas, as I envision them."

Maggie (a main character who appears throughout the book): Amy Adams
Mike (a charming and handsome misogynist): Scott Foley
Sofia (a single mom):  Selena Gomez
Charlie (a grandpa on the street): Dustin Hoffman
Cora (Charlie's wife): Judi Dench
Derek (a transgender man): Nick Jonas
Graham (a pillar of the community):Michael Fassbender
Mary (Graham's wife): Reese Witherspoon
Jessica (a married woman who is in a tangled relationship): Emma Stone
Phil (a closet homosexual, in the tangled relationship with Jessica): Rupert Grint
Cheryl (mother of Derek in an abusive relationship with her husband): Jodi Foster

And ta-da, here is the poster! 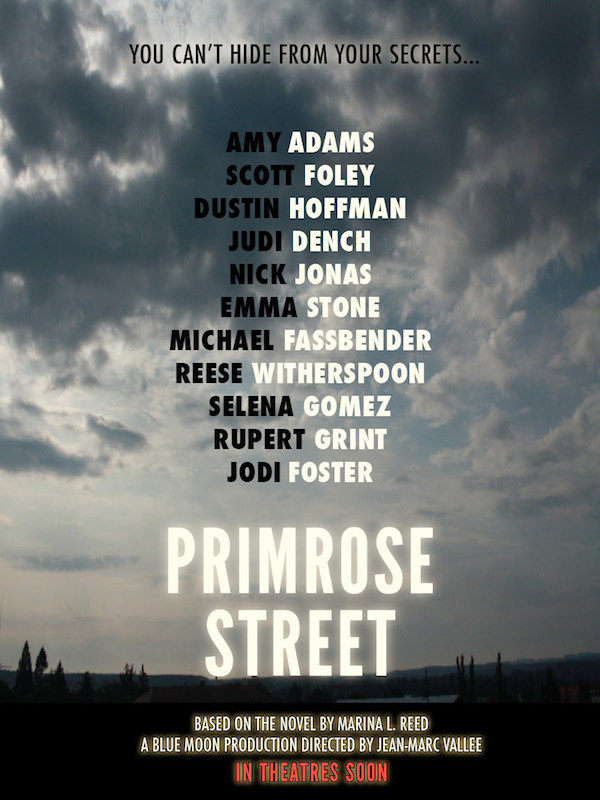 Thanks so much to Marina for playing casting director with us! For more Character Study casting calls,  click here.

October 25, 2017
Character Study: How to Pick Up a Maid in Statue Square