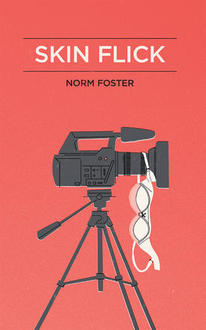 In Norm Foster’s comedy Skin Flick (Playwrights Canada Press), a middle-aged couple and their friend all find themselves suddenly out of work. Strapped for cash and inspired by an x-rated film, the trio try their hand at making an adult film. Also along for the ride is a birthday telegram messenger who accidentally finds herself under the bright lights of the set. See who would star in the Hollywood film adaptation of this play.

Rollie Waters played by a not-yet-silver-fox Steve Carell
The play’s middle-aged costume salesman-cum-narrator leads the charge in turning his grandfather’s house into a burgeoning film set. Carell would be the perfect fourth wall-breaking bridge between the audience and risqué production beyond the walls of the set. Leading the cast with earnestness and humility, Rollie fits into the Carellian canon, enticing us to cringe behind our fingers as he instigates the project that he is sure will save him and his wife from financial doom.

Daphne Waters played by the perfectly dry-witted Frances McDormand
The Mrs. to Rollie’s Mr. Middle Class, Daphne Waters is the surprisingly non-reluctant creative force behind Dr. Toolittle. All in the name of designer dresses, she is determined to make the best of a sticky situation. A McDormand interpretation of Daphne would highlight the unlikely minds behind such daring ventures, injecting the dry, dire, droll reality of bankruptcy into the production: you gotta do what you gotta do.

Alex Tratt played by a skeezy Nick Kroll
Well-dressed and charismatic (though entirely unrefined in personality), Alex Tratt is the logistic impetus behind the skin flick of Skin Flick. Finding himself in a pickle for “unintentionally” fondling a newscaster on air, an actor playing Alex requires an imperfect attempt at suaveness that Nick Kroll could absolutely embody. With perhaps a bit of makeup to age him, Kroll’s flippant essence captures the cameraman and his cinematographic determination to a T. 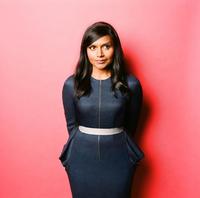 Jill played by the Mindy-ness of Mindy Kaling
No-nonsense Jill shows up to the Waters’ house an unsuspecting Singing Telegram and leaves as the female talent in their film. Quick-talking and unabashedly honest, Jill won’t settle for less than the best when negotiating the terms of her contract (including her male co-star). Boldly open and unmoveable, Kaling would track the evolution of Jill with a wit-filled strength that could combat the comedic prowess of her co-stars.

Byron Hobbs played by pre-Guardians Chris Pratt
Not to detract from Pratt’s recently re-imagined bod, but playing bookie-turned-unlikely “male lead” requires a certain sense of self-conscious awkwardness. If Pratt played this role, he and Byron would take a similar journey: from cuddle-worthy gentle giant to uprising modern sex symbol. Enticed by the money he is owed by Alex, Byron agrees to take part in the Waters’ eccentric, hypothetical plot to billionaire-dom. However, just as Pratt has somewhat unexpectedly discovered fame, so too does Byron experience a life-changing transformation on the set.

Thanks to Devon Jackson and Jessica Lewis at Playwrights Canada Press for playing casting director for this edition of Character Study. For more in-depth examinations of your favourite protagonists, click here.