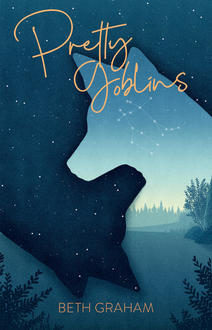 Starting with a list of words that evoke the mood of the play, illustrator Myriam Wares was able to draft the first sketches of what would become the cover design for Beth Graham's Pretty Goblins (Playwrights Canada Press), about two perfectly different twin sisters who must relive their past—confronting addiction and trauma through a found collection of poetry. Below, Myriam details further the process (and celestial influence) that helped her bring this beautiful book to life.

My process for book cover illustrations varies from book to book. In the case of Pretty Goblins by Beth Graham, the initial steps consisted of diving into the play and retrieving the important elements and visual cues. Beth’s visually evocative language made this part of the process quite easy. Her writing succeeds in creating a consistent mood throughout the play and—through references to Christina Rossetti’s poem "Goblin Market"—adds a wholly separate dimension of symbolism with which I could work. After reading the play, I created a list of words which I thought were key in creating the play’s mood. I find that it is more important that a book’s cover accurately reflect its mood, rather than anything else. This list of words allowed me to roughly sketch a few ideas on paper. From these initial concepts, I chose the four strongest which I then developed as final drafts. The author and the Playwrights Canada Press team were then able to choose their favourite option, which I then pushed to a final version. The final stage of an illustration is always my favourite, where I get to lose myself in the details of the piece. 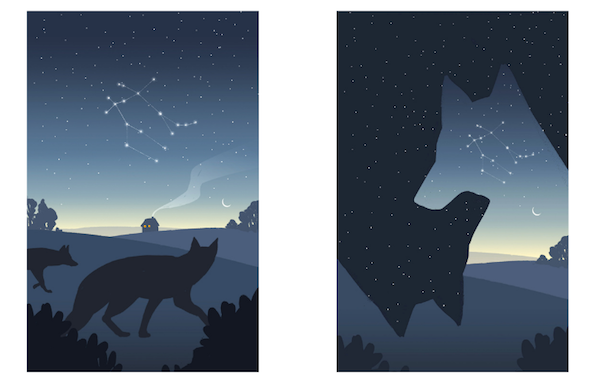 What really caught my attention in the play was the coyote metaphor for the sisters’s bond. I explored a few different avenues in order to make the coyotes the central visual element of the illustration. The two coyotes represent the two sisters. One represents Laura's down-to-earth nature, while the other embodies Lizzie's dreamy outlook. In Lizzie’s case, I wanted to visually emphasize her ambitions of becoming an astronaut. I, as well, included a visual representation of the Gemini constellation, as a subtle allusion to the theme of sisterhood. As an illustrator who has always been enthusiastic about night scenery, I jumped on the opportunity to represent the night sky and cosmos. 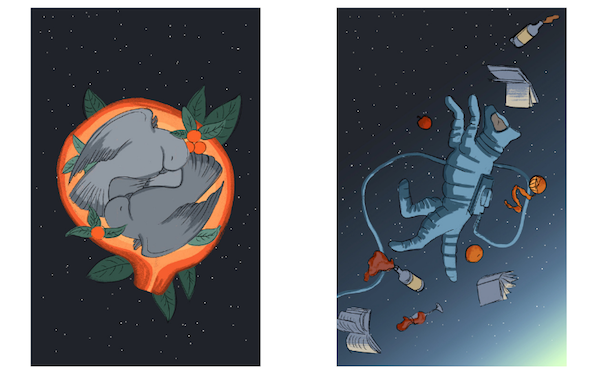 Playwrights Canada Press’s creative team took the lead in designing the typography, with minor input from me. We agreed that adding a warmer colour to the design would help legibility, while also creating an eye-catching contrast. The spine and back cover are a continuation of the left-hand side of the cover, in the interest of creating a unified design.

All my work is done in Adobe Photoshop with a Wacom pen tablet. 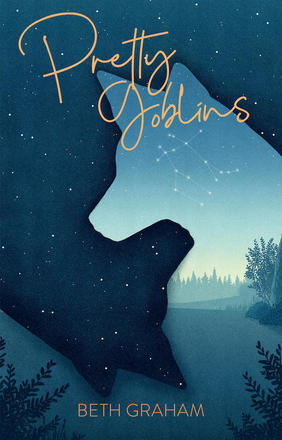 Myriam Wares is a French-Canadian illustrator from Montreal. Her work is inspired by surrealism and storytelling, addressing themes related to culture, science, adventure, mythology and modern society. She is a professionally certified member of Illustration Québec and soon-to-be member of Found Artist's online directory.