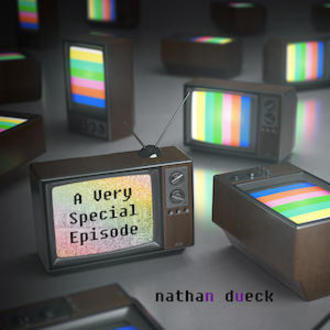 In this Beautiful Books feature, designer Jared Shapiro talks to us about the joys of getting carried away in his creative design for nathan dueck's A Very Special Episode (Wolsak and Wynn) – the result of which is an intelligent use of font and form that elevates nathan's playful, pop-culturally influenced poetry.

ALU: What inspired your design choices for nathan dueck's A Very Special Episode? Can you walk us through your process? 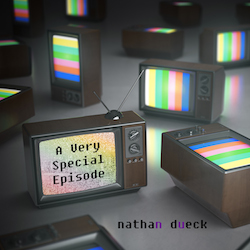 Jared Shapiro: What inspired my design choices? Simply put, the poems did! It began with a few minor requests from nathan. He wanted a font change here, an image placed there… He’d already had the crosswords in there and all those visual poems. I really got a feel for what he was trying to accomplish and knew (hoped) he wouldn’t object to me playing around a bit more with the text. Some ideas he loved, like when I flipped a poem on its side, and threw a silhouette of Batman and Robin climbing the lines like buildings. Some ideas he kindly rejected—if they missed the mark, or he believed the text was more powerful on its own than with an embellishment. But, every step of the way I asked myself, “Am I contributing to the message, or taking away from it?” After all, it’s nathan’s book, not mine. All that mattered was what was best for the book, the message, and the author. 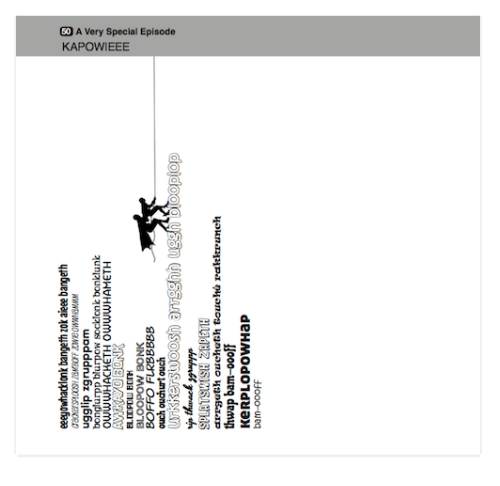 ALU: There is a playful use of font throughout the book. Take us through some of those choices. How important is font in creating good design?

JS: Fonts are curious and intriguing things in that the best ones are often the ones you don’t notice. A font’s job is to convey the message without showing off, without drawing attention to itself. You want to be able to read a document without stopping to think, “Why is this so hard to read? Did my lawyer actually use Comic Sans to create an affidavit?” Usually, a book doesn’t benefit from using more than two different types of fonts, but nathan’s book is different. Cover to cover it screams, “I’m different!” To recreate the nostalgia—the feeling of looking at that G.I. Joe in the toy section at K-Mart, or the My Little Pony, or the Garbage Pale Kids, and wanting so bad to rip open its packaging and hold it in your hands—I knew I’d need to add a bit of character. I knew I needed to draw a little attention to the fonts themselves. Still, I needed to keep to my rule: Contribute to the message. Don’t take away from it. The Mad Libs poem benefitted from looking like the fill in the _____ book, but I wasn’t about to replace all the text in the Smurf poem with a fat, overcrowded bubble font simply to remind readers that that’s what the show’s title looked like.

The TV Guide needed to look like the TV Guide (Helvetica), and the movie scripts needed to look like movie scripts (Courier New). Otherwise, I had a system: KISS. Keep It Simple, Stupid! I used an easy to read, easy to work with font for the rest of the text. It was a font that didn’t draw attention to itself, yet met the requirements of the author, the publisher, and the poems themselves. The poem titles stayed the same, the headers stayed the same.

ALU: Were there any outtakes from A Very Special Episode that you can share? Any design ideas that got cut?
I think nathan, Ashley (Wolsak’s Managing Editor), and I got carried away in the fun of creating this book. We tried a lot of things—there were so many ideas floating around that eventually we had to say, “Okay, remember: we have a deadline.” After creating the TV Guide appendix, we thought about adding a secret code in there. Channels were in either white with black text, or black with white text. I believe nathan came up with the idea to use the Fibonacci Sequence to colour coordinate the page numbers. That was only a couple days before the deadline, and so it didn’t make the cut.

We also played around with the TV in “Picture-In-Picture” a few times, and nathan probably reworked “My After School Haikus”about a dozen times. And, I’m not gonna’ lie, I had somewhat clandestine thoughts about adding something subtle to the Cosby poem, an acknowledgement of what he became, but I ended up keeping those ideas to myself.

Originally, we inserted an old typewriter I created where the secret code for “Expletypography” replaced the letters on the keys. It was a good piece, but it didn’t fit with the tone of the book, and was ultimately (and sadly) cut.

Oh, also, when I was first given the manuscript to look at, I was sold by a poem that had a “Weird Al” Yankovic theme, and when I went to create the book’s interior I learned it was cut from the final! 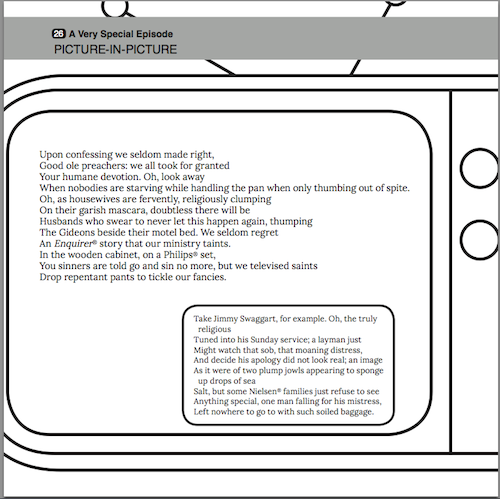 ALU: Who are some of your favourite designers and what kind of influence have they had over your own work?
Long before I was a typesetter I was a huge fan of Mark Danielewski’s House of Leaves. The thing’s a layout masterpiece! From the obvious font changes to the subtle Easter Eggs (every mention, and I mean every mention of the word house is written in blue font), Danielewski took great care to make sure all of his design elements were not only visually pleasing, but also functional. I think I read somewhere that whenever he wanted the reader to run through the text he’d space out the words, and force the reader to turn the pages frequently. Whenever he wanted the reader to slow down he’d condense the words, force them to read the text more carefully. That’s typesetting to the next level.

Then there’s Nigel French—a guy I’ve never met, but has taught me oh-so-much. My typesetting career began when a publisher came to me, asking if I knew how to lay out a book. I hadn’t finished my course on book publishing yet, but I said yes anyway. I then ran straight to my teacher, and told him I needed to learn how to design a book, and quickly. That was when I was directed to Lynda.com, and Nigel French’s course on interior book designs. 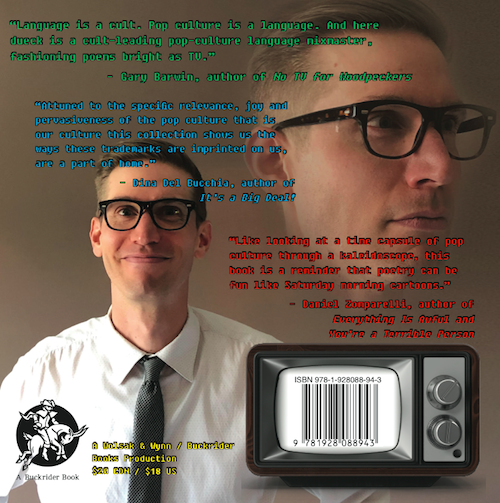