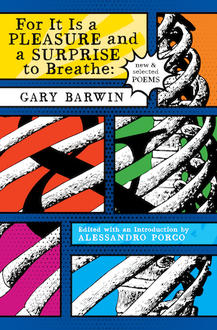 Designer Kilby Smith-McGregor takes us through the various iterations of cover art for Gary Barwin's audacious and wise-cracking collection of poetry For It Is a Pleasure and a Surprise to Breathe (Wolsak & Wynn). We learn more about how Kilby's final design for the book was borne – with one five-minute, breakthrough conversation and a deeper understanding of the original design's connection to the comic book world.

See more details below
Tagged: for it is a pleasure and a surprise to breathe, beautiful books, gary barwin, wolsak and wynn

All Lit Up: You’ve worked on a variety of different design projects. How do you approach a book cover design? Where do you start?

Kilby Smith-McGregor: My background is in graphic design for theatre—posters for shows and season brochures—so book covers share something with that. You’re creating a visual invitation, a calling card, for another piece of art (either what will be experienced in the theatre, or what’s between the covers). I think the idea of invitation is huge. And also the idea that the design that I create, which is a mediating kind of art, pulls someone toward the actual artwork that is the end goal, a book or play. The invitation should always be in service to the “party” if you will.  I think good book design is intrinsically tied to the content of the book, but doesn’t try to take its place or explain it.

ALU: What inspired your design choices for Gary Barwin’s For It Is a Pleasure and a Surprise to Breathe? Can you walk us through your process?

KSM: For It Is a Pleasure… is a bit of a singular case—which is fitting because Gary is a wonderfully singular writer. From the outset I knew that a piece of Gary’s own original artwork would be the image for the cover. I loved the image, so that was no problem…but I was slow to get past a reverence of, and maybe fear of interfering with, the drawing as an autonomous thing. I also think that initially I had an unwitting bias toward the cover of a ‘collected works’ being serious or that gravitas needed to be conveyed in a certain way. The other thing about this book was that the title was super long and there was a whole bunch of additional text that had to go on the front, so that was a challenge. 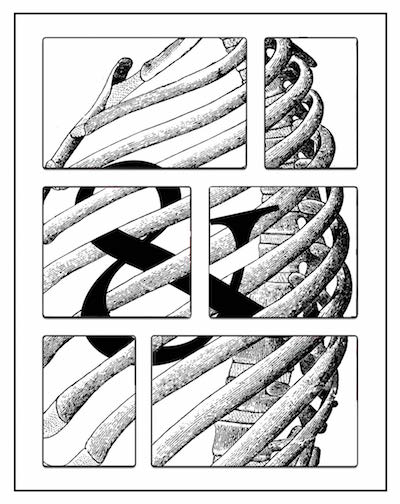 The breakthrough for this cover came from an eventual five minute conversation with Buckrider editor Paul Vermeersch. The process wasn’t one where I spoke directly with Gary (which is usual, and protects the designer from having ‘too many masters’), but Paul, who is also a visual artist, had a more intimate knowledge of the context of the artwork from Gary’s perspective. “The panels in this piece exist in the world of comics,” he told me. Boom. From colour palette to typeface to layout, that changed pretty much everything about how I related to the material.

ALU: Were there any other contending cover ideas for the book? If so, how did this design win out?

KSM: I think it was definitely a matter of that comic-arts click that got the cover to a place that it felt right on Gary’s end. Once I was able to play with colour in the individual panels, and was also given the constraint of the text needing to fit within the panels, rather than outside of them, I think the cover was freed up to become ‘itself’. I also wanted to get in a bit of that halftone screen effect from the material world of printing plates that speaks to pop art.

You can see from these chronological drafts that the colour and tone started to change and it began to push in a certain direction. 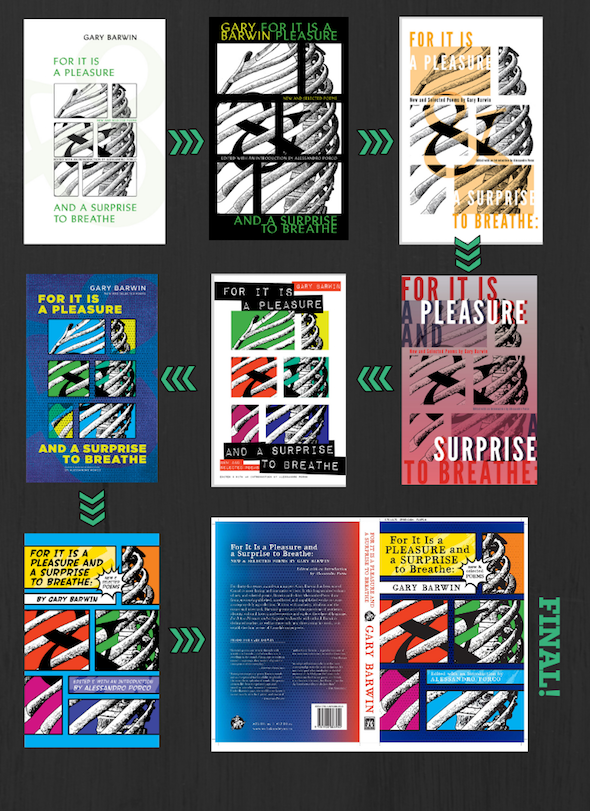 ALU: Are there any designers or artists you’re loving at the moment?

KSM: I’ve always admired the art direction of Malcolm Sutton at Book*hug and Megan Fildes at Invisible Publishing. I don’t believe they design 100% of the individual covers for their respective presses, but you have a sense of an art director at work. The titles of both of those small presses have a refreshing, contemporary, and tied-together feel.

The illustration work of Henrik Drescher is an ongoing obsession of mine and his book project Postal Séance is one of my all-time favourite creations. It features brilliantly exuberant pieces of mail art that he sent to deceased historical figures (and fictional characters!) tracking whether the postal system ultimately accepted the delivery or returned to sender.

I’m also excited about Ally McIntire, a Canadian artist currently living in the UK, whose paintings we’ll be featuring in the next issue of the Humber Literary Review. Her work is raw and playful in a delicious way.

Kilby Smith-McGregor has been an active freelance graphic designer and communications professional within the Toronto arts community, and beyond, for over fifteen years.  Among her long-time clients are the Festival of Literary Diversity, the Humber Literary Review, and InkWell Workshops. She also holds an MFA in Creative Writing from the University of Guelph and is the author of the poetry collection Kids in Triage (Buckrider/Wolsak & Wynn, 2016). 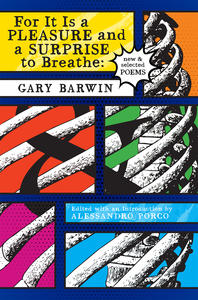 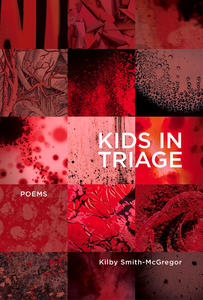 September 29, 2020
Beautiful Books: Gary Barwin on the Synergy Between Writing and Designing