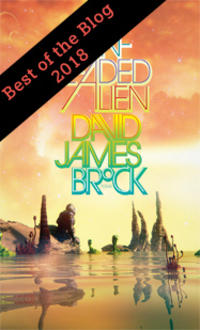 Tune into the decidedly psychedelic, 1970s-album art stylings that are the design elements of David James Brock's poetry collection  Ten-Headed Alien (Wolsak & Wynn). David takes us through some of the prog rock and classic sci-fi inspirations for the cover and interiors and the type choices that convey the voice of the conqueror (the eponymous alien).

When writing Ten-Headed Alien, I had epic intentions. From balloons on the moon to the births of new constellations, these poems would travel from the outer limits of the galaxy then back to the organelles of the cell. The stuff of science fiction and fantasy guiding a more personal collection than my first book Everyone is CO 2 — providing me a vehicle to take my poems to places I haven’t been able to before. My favourite writers have always been able to use the inhuman to explore humanity, and that theme was an entry point to many of these poems. 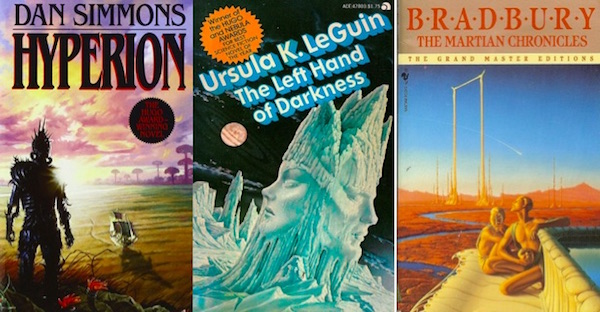 I always imagined Ten-Headed Alien like a 70s prog rock album (with maybe a couple of radio ballads), the kind that required two albums on four sides. Technical, big, and of course, like any good prog album, it needed a wicked cover. In the design brief, one of the notes was to make Ten-Headed Alien look like a Roger Dean 1970s Yes album… the Earth askew, alien, a different planet from a different time altogether. 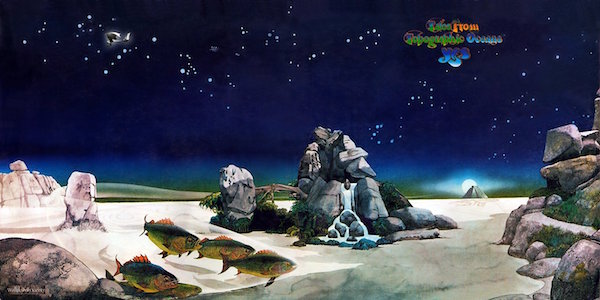 The team at Wolsak & Wynn relayed the manuscript, cover description, book aesthetic, and overall inspirations to designer Ingrid Paulson, and what returned was my geek fantasies come to life. A book designed inside-and-out like a quadruple LP, with section dividers that channelled the feeling of vinyl sleeves… 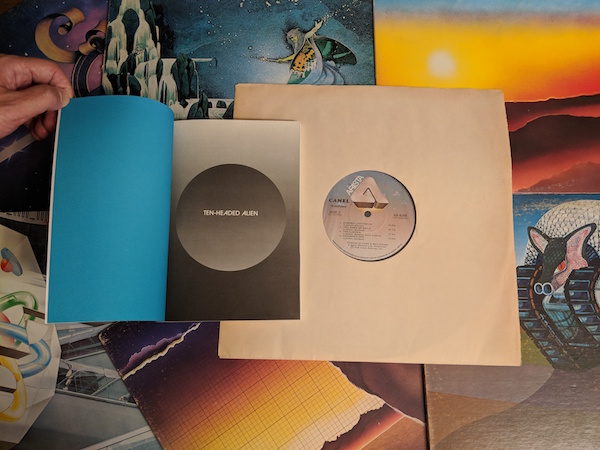 In Ten-Headed Alien, we periodically see the voice of our conqueror, and Ingrid applied a different font for that voice too (which in the manuscript, I merely bolded with a note that “this should be as alien as possible”). That font appears slightly off-kilter from our regular language, the ten-headed alien’s interpretation, which is a bad facsimile of our voices. 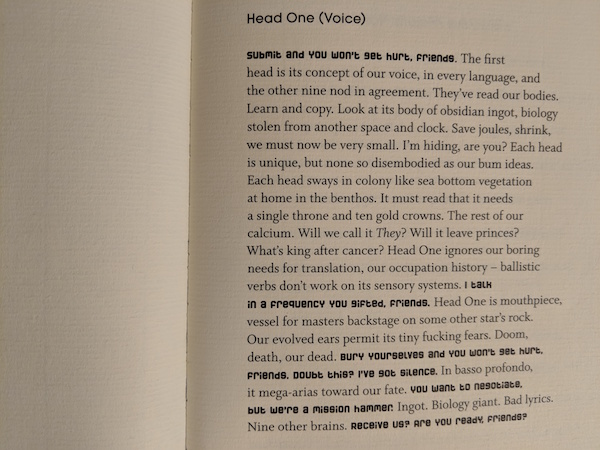 The final section of the book imagines the ruins left by the ten-headed alien’s occupation—ruins forming the basis for the myths giving story and star names to a constellation forming in a distant future. This image of a hybrid star map and cave etching was conceived in text, and created one afternoon by myself and the book’s editor Paul Vermeersch (who is also an incredible poet and artist). 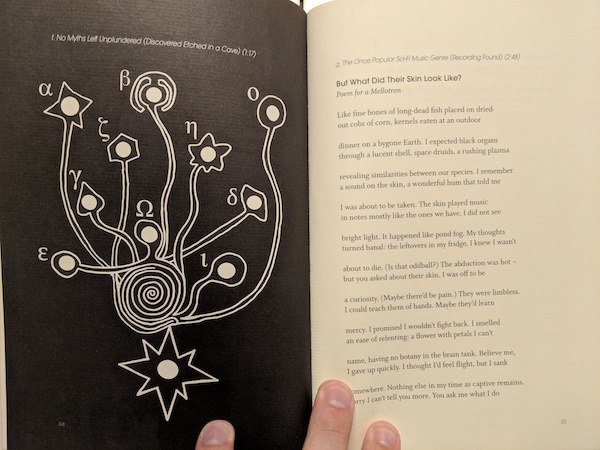 And then there’s the wicked cover. The book’s cover evokes many of the poems within. A scorched earth devoid of nutrients, creatures born in hydrothermal vents thriving in a nuclear winter, what was maybe once a vacation spot, now a danger zone. Many of the poems have characters that find themselves alone, either physically (Greek gods turned solo barflies, Head Eight rebelling from the other nine heads) or emotionally (a woman with the head of a fish in Toronto’s Parkdale neighbourhood). 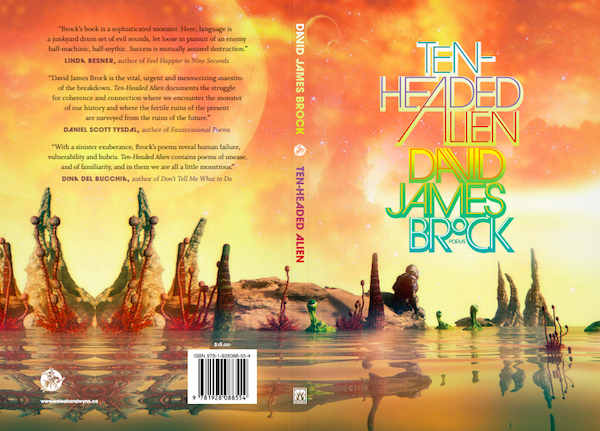 If you look closely at the cover, right under the title, there’s a solitary character sitting on an island. A stranded astronaut maybe. A lost traveller. Someone whose journey began in the stars, stranded on a small piece of scorched Earth. They look out onto a horizon that might have once been beautiful. Ingrid placed the book’s title and author name in view of this solitary figure, and I like to think this creates an added dimension to this contemplative pose: that lonely figure watching the opening credits of a science-fiction movie. The world is burning. And hopefully… it is all just a movie.

Thanks so much to David for walking us through this gorgeous Double LP of a poetry collection, and for providing such illustrative photos. Thanks too to Wolsak & Wynn for making the connection. You can buy Ten-Headed Alien (Wolsak & Wynn) here, and check out more Beautiful Books columns here. 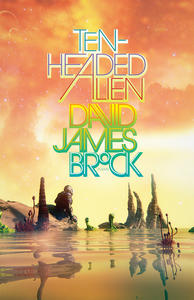 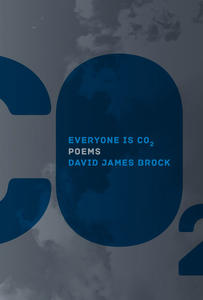