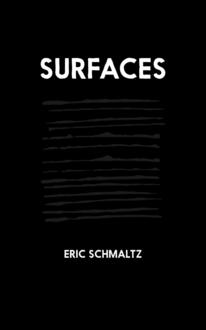 In his collection of visually-based poems  Surfaces (Invisible Publishing), Eric Schmaltz pushes the boundaries of writing and language to explore the intersection of text and image. Eric tells us more about this intersection and how he plays with shape and space in his debut book.

Surfaces is located at the intersection of language, bodies, and digital culture and investigates the processes, interactions, and erasures that occur on and below the surface of writing with machinery. Each section of the book, referred to as a “Stimulation,” is highly visual and engages some aspect of these ideas in playful and unsettling ways.

Each “Stimulation” explores language and writing not for its semantic content, but for its many visual qualities, including its less apparent shapes, forms, machinery, and bodily movement. As a visual and material object, the common book tends to suppress some elements of language and make others more apparent. When we read we do not see the author or their writing device, we black text on a white page. Kelly Grovier recently wrote a brief account of the history of the shade black. He writes, “Unlike more emotive reds or sombre blues, black is the default tone we give to words and fonts. It’s a shade we read more than feel.” The contrast that black ink offers against the white page renders this the default configuration for text and, often, poetry. Surfaces is a book entirely composed in black and white, but seeks to play with this contrast along a spectrum of engagement. Text in its default colour and configuration still stimulates feeling, but using text in ways that foreground its visual and haptic qualities offers other kinds of stimulation.

Surfaces highlights its own attempt at engaging other forms of stimulation at the outset with a poem embossed into its matte black cover, a collaboration with Invisible Publishing’s art director and designer,  Megan Fildes. In the default colour of text, it is a cover that you can literally feel. The embossed image is a fourteen-line poem that was originally created by pressing a paint-covered part of a disassembled keyboard onto the page. It seems only suiting, here, that the keyboard presses back as a die into cover stock. The cover is a dense absorption of light that invites the reader into an intimate, haptic encounter.

Various sections of Surfaces play with the idea proposed by the cover: to look more closely at what might not be so apparent and to pronounce what is otherwise invisible. Surfaces contains a series entitled “Encounters,” a three-part poem that engages precisely this idea. “Encounters” utilizes the oft-overlooked typographical counter––that is, the negative space of a letter, which is integral to providing it with its shape. Finding inspiration in the constraint-based work of artists like Caroline Bergvall, Jen Bervin, Micah Lexier, and Ken Nicol, each series is made using only the counter of closed parts of letters A, B, D, O, P, Q, and R. Using only these shapes, I create a series of schematics, structures, and surface patterns to suggest that what is otherwise seen as empty is also suggestive of endless possibility. 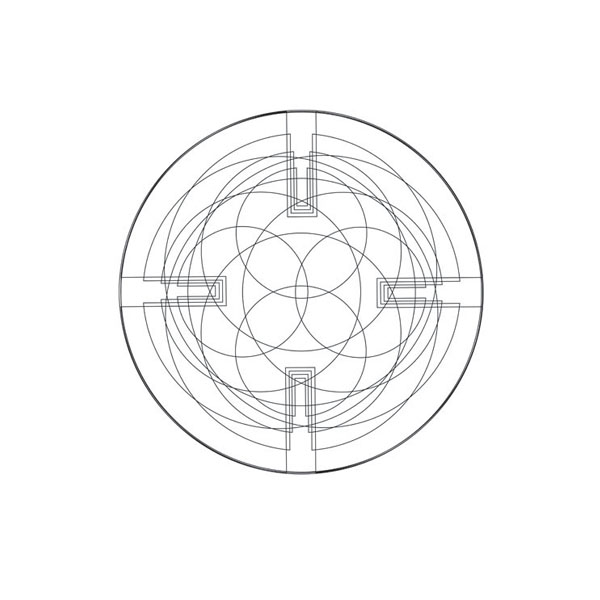 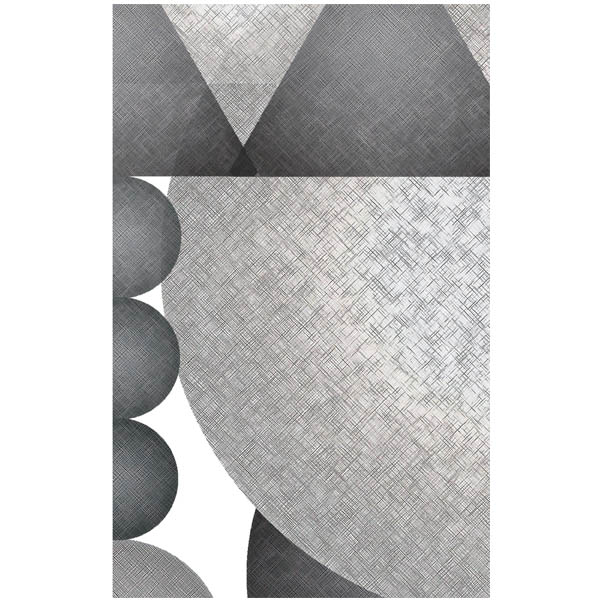 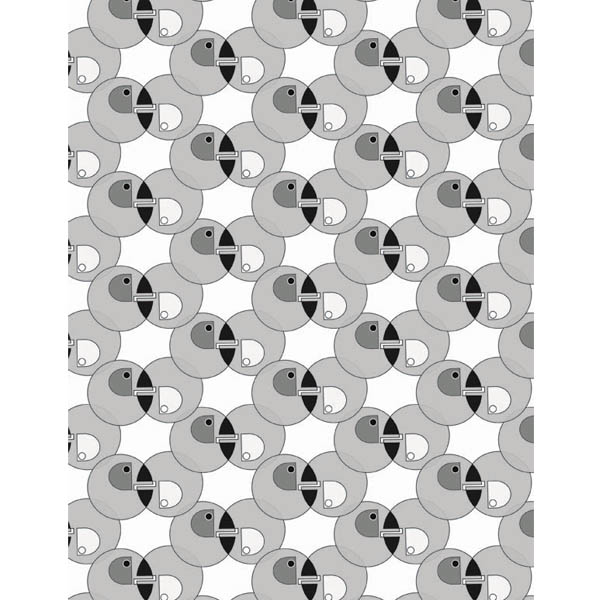 Thanks to Eric Schmaltz for taking us below the surface of his highly visual Surfaces, and to Julie Wilson at Invisible Publishing for making the connection. For more Beautiful Books,  click here. 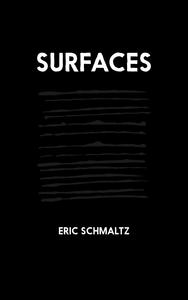 May 19, 2015
Poetry as the Conceptual Experiment of Language