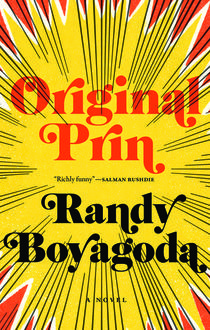 The plots inherent to contemporary Canadian novels can make the cover designer's job anything but easy – and the "humour," "family," and "suicide bomber" of Randy Boyagoda's  Original Prin (Biblioasis) is no exception. Designer Michel Vrana walks us through the design process and inspirations behind his cover for Original Prin, and we think you'll agree that the results are – wonderfully – explosive.

Also part of the design brief was a very extensive mood board of covers the author and publisher liked. The ones for Call Me Zebra, New People, and the first edition cover for Portnoy’s Complaint resonated with me. The author also included the title card for Donald Glover’s television show, Atlanta, with its chisel serifs and curly flourishes. 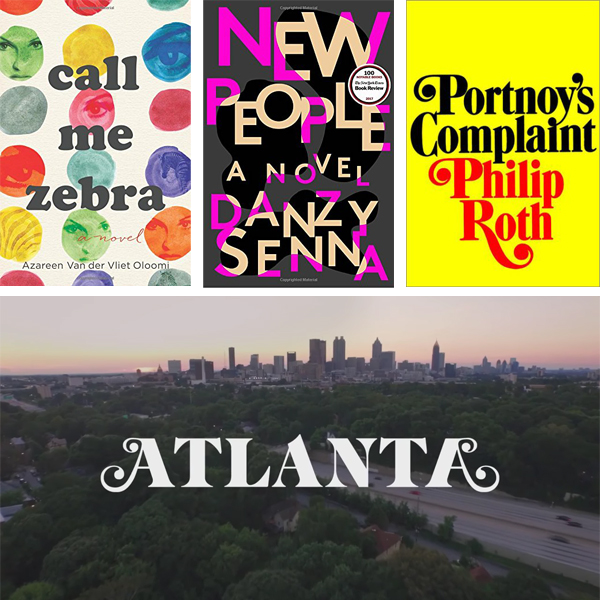 So began the balancing act of "humour," "family," and "suicide bomber" as a cover concept.

The first concept uses a bright red-screened image of a roaring lion to represent both that initial visit to the zoo, but also to represent Prin himself, a father with something yearning to come out, loudly and with force. The retro typeface, reminiscent of Portnoy’s Complaint, tells us that while it’s a striking, almost violent image, there’s some humanity and humour within.

For the second concept, I stayed with striking red and black, and explored the idea of having the opening line of the book as a design element, with the title laid overtop. The third concept also played with that, with the title typeset in large red type, and then smaller type overtop, to show the two sides of Prin: family man and suicide bomber. 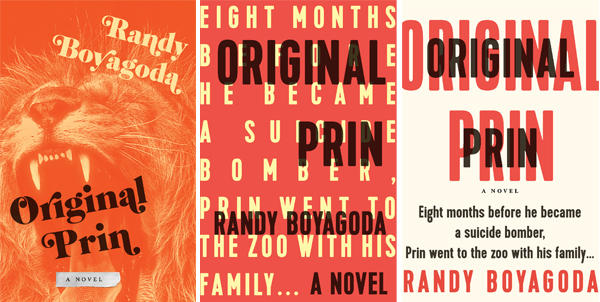 I’m not sure if all designers have an array of favourite images that they keep filed away, but I sure do. It’s a loose list of "one day I’ll get to use this on a cover." Among mine were: rocket ship, astronaut, paint-by-numbers, blueprint, matchbox, library card catalog… They sit there just waiting for the right project to be taken out, dusted off and given a chance. With Original Prin, I gave that chance to one that I’d been holding onto for a while: a classic comic book "blammo!"-style burst.

With the fourth concept, the "explosion" is rendered in bright and enthusiastic colours. The retro type with its flourishes is overlaid with dynamic motion lines, making for a good balance of explosive force, but also enthusiasm and even maybe optimism.

Ultimately, this was the concept that was chosen, enthusiastically, with the comment from the publisher is that they were “blown away” (pun intended)!

For the final cover, the motion lines were carried over onto the back cover and flaps. High praise from Salman Rushdie was added as a blurb (“Richly Funny”) And the front flap cements the cover concept by introducing the reader to the opening line of the novel.

"Eight months before he became a suicide bomber, Prin went to the zoo with his family."

Thanks so much to Michel Vrana for this candid look at his process, inspirations, and earlier drafts of the cover for Original Prin (available September 25 – click here to get a reminder email!) Thanks too to Vanessa at Biblioasis for making the connection. 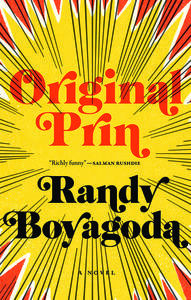