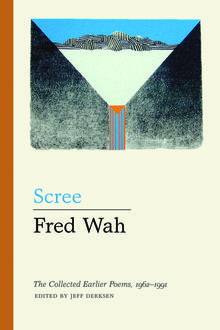 Publisher Talonbooks has set on a course of releasing three collections of celebrated Canadian poets' early works, in beautiful editions, no less. The second such collection, Scree, brings together the earlier and hard-to-find works of former Canadian Parliamentary Poet Laureate Fred Wah, and designer Leslie Smith sets them masterfully amid pictograms and facsimiles of some of Wah's out-of-print masterpieces. Read on to see a sneak-peek from Talonbooks' Chloë Filson's thoughts and photos of this gorgeous book.

Last year for the first time I attended the Alcuin Society Awards for Excellence in Book Design in Canada – at least, the satellite celebration in Vancouver – where attendees enjoyed browsing the more than forty books that had been nominated for awards. (You can attend, too! Google it.) I was chuffed to have had a small part in the making of one of honourable-mention titles, but I am still fairly new to book design and have much to learn, so I appreciated the opportunity to soak up a bit more knowledge. 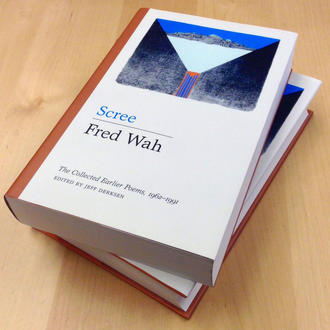 One of the people from whom I have the pleasure of learning was sitting next to me that evening: Leslie Smith of Typesmith Design, my art director and mentor at Talonbooks. So, while the crowd chatted and awaited the award announcements, I posed a question to Les. “Of all the books you’ve designed,” I asked, “which are you most proud of?”

Scree had just been published in softcover by Talonbooks in the fall of 2016. Edited by Jeff Derksen, it collects thirteen rare or out-of-print books of poetry in one volume and reveals connections and thematic trajectories in the poet’s body of work as a whole – Wah’s concrete and sound poetry of the 1960s, his landscape-centric work of the 1970s, and his ethnicity-oriented poems of the 1980s. Scree invites readers to (re)discover Wah’s groundbreaking work, which has spanned six decades and a range of formal styles and preoccupations.

Wah is certainly a literary luminary – he served as Canada’s Parliamentary Poet Laureate from 2011 to 2013, and he was appointed to the Order of Canada in 2013 – but Les has been working in graphic design for decades. Did he happen to think of Scree only because it was a relatively recent project? It’s a good-looking book, to be sure, but is it his best work? He clarified: Not only was Scree a good-looking book, he was proud to have designed a book – indeed a whole series – that will stand the test of time; these volumes of collected poems by Canadian icons (of which Scree is the second in the series, following Phyllis Webb’s Peacock Blue) will surely become classics.

For this blog, I asked Les to describe his experience as the designer and typesetter. He wrote,

Scree was a particularly satisfying book to work on because of the complexity of the task. Resetting 13 books published over 30 years to create a cohesive unit while yet retaining the intent and spirit of the original books was a challenge. It was a joyful challenge, though, because Wah himself hadn’t had much input when some of the books were originally published, but this time around he got to have a say regarding how his poems were set on the page. In the past, Wah had sent off manuscripts to publishers in distant cities and later received finished books, without so much as a proof along the way. Much has changed since then. Faithful facsimiles of two original books turned out beautifully, each giving the reader a clear vision of the books as they had originally been produced. I was lucky to work with Fred Wah and (former Talon production manager) Greg Gibson in producing this book, and in the end the best part was seeing the joy on Fred Wah’s face when he first picked up the the hardcover edition.

On the cover of Scree is a 1967 serigraph by Takao Tanabe. Inside the satisfyingly weighty tome, the reader finds the aforementioned facsimile editions of two early books and full-colour reproductions of certain early texts and pictograms to accompany poems in the section Pictograms from the Interior of B.C. The book is printed on smooth, creamy paper (100gsm Hansol wood-free crème) and is set in Garth Graphic, a serif typeface that is comfortably modern and subtly playful. 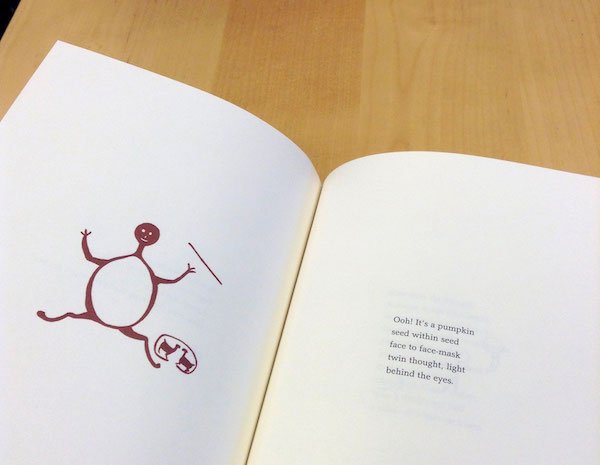 The Malahat Review called Scree “handsome and expansive,” “subtle and breathtaking.” Phil Hall of BookThug wrote, “This is surely the best poetry book of the year! Such care and thoroughness have been taken here to let each important early publication keep its style and colour and format … It is so important that this work is being done, both the writing and the editing.” And the poet rob mclennan wrote, “The book is gorgeous … The resulting volume – shift of image, colour and font – is a breathtaking accomplishment that does far more than simply replicate a selection of thirty years of writing and publishing, but work[s] to present some sense of what those early publications might have felt like in their original forms.”

Go find this beautiful book, even just to hold it for a moment. Flip through, read a few words – words like the following, which come from the poem “How To Do This” (p. 313) in Owners Manual [sic], my personal favourite section of Scree: 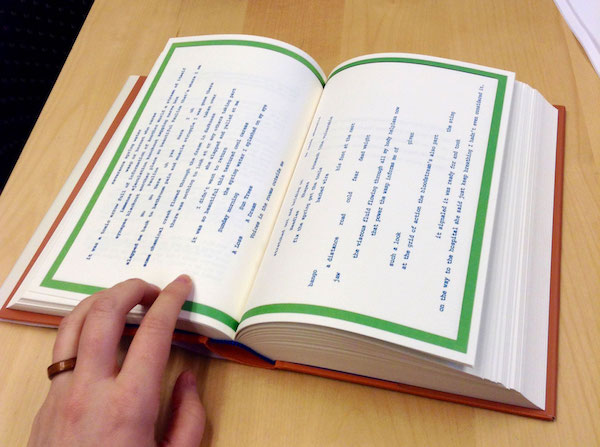 Thanks so much to Chloë Filson at Talonbooks for this deep-dive into the gorgeous Scree, and for providing us with delicious book photos. For more beautiful books made right here in Canada, click here.