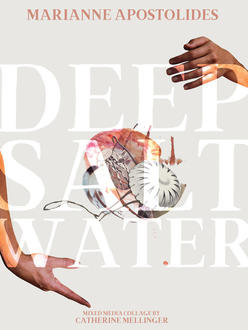 Named one of the most anticipated books of spring 2017 by CBC Books, Quill and Quire, and Toronto Star, Marianne Apostolides' Deep Salt Water (BookThug) has been on our radar for some time. This memoir brings to air the emotional experience of a love affair, an unwanted pregnancy, and the abortion itself, all beautifully told through ocean imagery by collage artist Catherine Mellinger. Below, we deep dive into the creative process with a Q&A between Catherine Mellinger and author Marianne Apostolides as they discuss the making of Deep Salt Water.

CM: About two years after I had my son, Leo, I created a series of collages titled “Sea and Me” in which women from 1970s fashion magazines were overtaken by oceanic imagery. The series was meant to look at the dichotomy of motherhood: intense joy but also, in my case, fear and anxiety. The ocean has always given me those polarized feeling: ones of wonder, beauty, and a sense of the marvellous, while at the same time leaving me terrified by the immensity and power. The series struck me as holding an interesting narrative, so I sent them to Marianne asking if she saw anything in these women that could create a story. 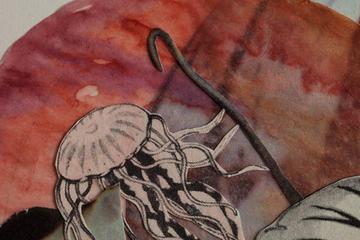 MA: Honestly, I had no intention of writing this book: I’d never considered writing about my abortion, nor had I been reading about the ecological crisis in our oceans. This whole project began, serendipitously, with that email from Catherine.

I’d never written to images before, and I’d never participated in a project I hadn’t conceived. But the collages were so stunning—grotesquely sumptuous images from the oceans overlaying beautiful, insouciant women—that I agreed. For several days, I walked through High Park, collages in hand, and let my imagination roam. As I walked, I decided to write from the voice of a blithe, insouciant woman who nonetheless knows everything about the degradation of our oceans. Unlike me, this woman wouldn’t panic in the face of this knowledge. Instead, she’d maintain her poise, her cool; she’d build an ethical life—but without sacrificing pleasure. 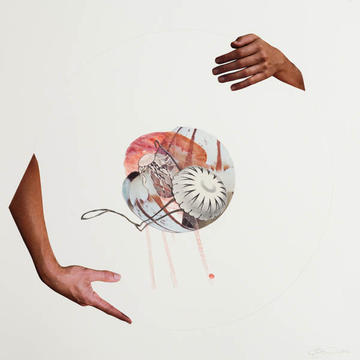 I started writing in the first person. After about ten days, I wrote the sentence “Blythe was a fish in my body.” With that sentence, I knew the “I” was me, and I would write about my abortion…

As I wrote, I didn’t abandon the aesthetic that Catherine’s work had inspired: the collage-like layering of language, and the use of ocean imagery. But the story was now mine, and the grief was real.

I immediately emailed Catherine, wondering whether we could continue our artistic exchange, despite the shift in subject. 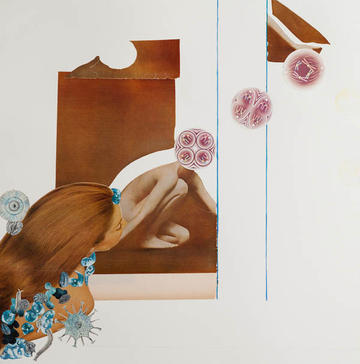 CM: I was entranced by the collection of writing that became Deep Salt Water from the first ten pages. The imagery was gorgeous: strong, layered, amorphous, painful, decadent. It was a playground for my imagination. Researching imagery for the series attuned me to the deep connection of ocean and women: the creation of life. The pieces were created in three sections, aligning with the format of the book, which follows the structure of a pregnancy. For each, I would pick up on key visuals, themes and colours, then get to cutting and assorting images that connected to those themes. Images were sourced from books on ocean biology, medical journals, vintage fashion magazines, combined with hand-drawn and cut elements using liquid pens and watercolour. The choices never seemed direct, but more a natural osmosis of words to image. In the end, the decision of which images to use was based on the emotional arc of the larger story. 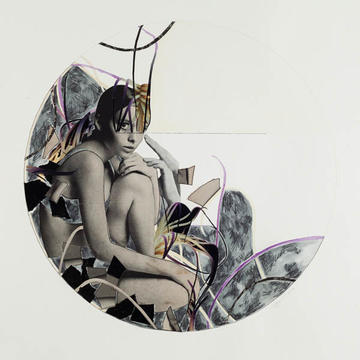 Thanks so much to Hazel Millar at BookThug for providing the stunning artwork and to Catherine Mellinger and Marianne Apostolides who shared their creative process with us. For more beautiful books made in Canada, click here.