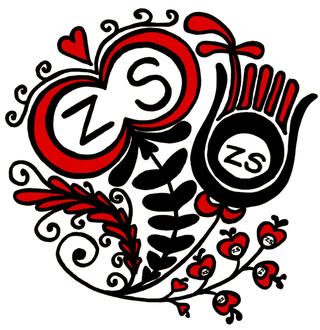 Today, we're immersed in the black-and-red folk beauty of  Magyarázni, a dedicated and moving celebration of Hungarian culture told through an exploration of its language, alphabet, and folk motifs, by second-generation Hungarian poet Helen Hajnoczky.

Inspired by a wooden chest carved by her father,  Magyarázni is a collection of 44 poems each beginning with a letter from the Hungarian alphabet that Helen Hajnoczky illustrated herself – flowers blooming from every curlicue, foliage sprouting from the crosses and dots.

These visual elements reflect Hajnoczky's relationship to her ancestral Hungary and an internal conflict arising from feeling connected to a language and culture that has been with her since birth, while at the same time feeling isolated from them on account of the slipshod fashion by which they were passed down through the generations. Creating the poems and letters by hand mimic the way she reinterprets and reinvents the culture, adding nuance and character to that which has been practiced for generations. In an interview with Jacket2 she says, 'In these poems I wrote the letters in by hand in order to suggest the feelings one might have about a language, specifically a parent’s first language. Because I do not speak Hungarian as well as I speak English, and because I learned it in a very particular context, I have feelings about the language that I don’t have about English. Reproducing this visual poetry in print will accomplish something akin to publishing a confessional poem. Though I am not physically creating the piece when it is reproduced, it will carry evidence of my hand, such as the way I draw a letter, or the imperfect lines of my drawings. I can’t speak Hungarian perfectly, I can’t draw perfectly, I can’t draw letters so that they look like professionally designed type — working on this folk art visual poetry allowed me to express and validate my linguistic, emotional experience.' 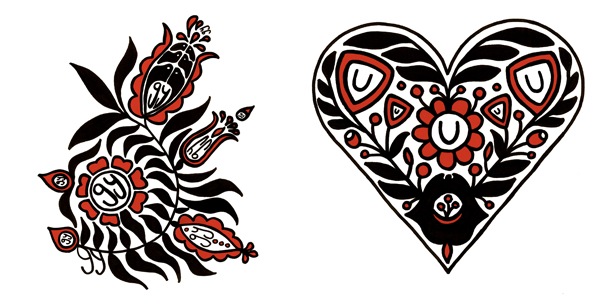 She also discusses the simultaneously individualistic and inclusive nature of folk art: '[it is] something that lay people can confidently engage with and participate in. Some very charming folk art is not perfect, but contains irregularities that reveal the hand of the artist,' thus rendering the Hungarian elements presented in Magyarázni both intensely particular and also accessible to those who lack Hajnoczky's context. 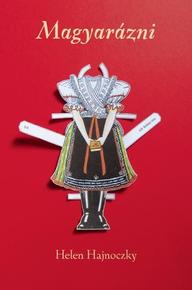 The cover, an image of a headless paper doll pulled from Öltözess Magyar Babát!, is familiar to those with even a passing knowledge of Hungarian folk art. The print on the pinafore and colour palette are instantly recognizable, and, simply put, pretty. But Hajnoczky cautions against simply regarding the visual elements as decoration ‘because they engage with ideas of language and culture, rather than beautifying an item for the sole purpose of making it pleasing to look at. Both the letters and the flowers suggest something bigger. The letters suggest a full, living, breathing language, and the flowers suggest both a broader historical folk culture as well as botanical life. This work privileges letters as emblematic of language rather than, say, recordings of all the sounds used in spoken Hungarian.’

Magyarázni means, literally, to ‘make it Hungarian’, and Hajnoczky certainly achieved this goal, imbuing her lyrical, confessional, and culturally archival poems with her own hand while creating a unique document that plays with the idea of what it means to be a second generation Hungarian-Canadian, growing up amongst the prairie wheat.

Thanks so much to Coach House Books, especially Jessica, for sharing the gorgeous images and story of Magyarázni with us. For more beautiful books, click here. 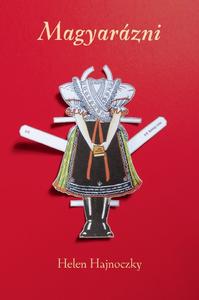