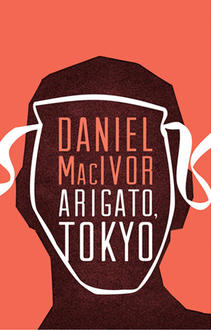 If you've ever been to the theatre -- whether it was a large-scale production or a school musicale -- I think you can agree that there is something beautiful about transforming the pages of a script into a live action play. There is also something beautiful about the books produced by Playwrights Canada Press. Here they tell us the story behind designing covers for two plays they have recently co-published with Banff Centre Press.

If you've ever been to the theatre -- whether it was a large-scale production or a school musicale -- I think you can agree that there is something beautiful about transforming the pages of a script into a live action play.

There is also something beautiful about the books produced by Playwrights Canada Press. Here they tell us the story behind designing covers for two plays they have recently co-published with Banff Centre Press. 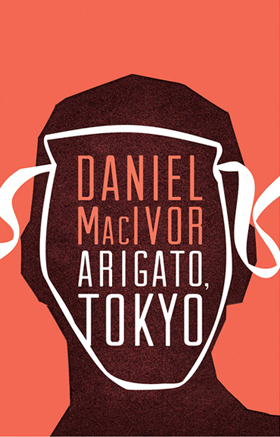 Arigato, Tokyo follows Carl, a Canadian author on a publicity tour in Japan, who finds himself falling in love amidst the sacred stages of Noh theatre and the seedy dance clubs in Tokyo, wired on cocaine and sake. His object of affection is the young, seductive actor, Yori.

As his tour continues, Carl straddles the fragmentary place between two cultures—one of individuality and directness, the other of tradition and formality—and uncovers the dualities that exist in life and love. Based on The Tale of Genji, one of the world’s oldest pieces of literature, MacIvor’s script takes us into the centre of a clandestine Japan as experienced by the visiting outsider.

For every book we publish at Playwrights Canada Press, our office comes together as a team to discuss the cover ideas each of us has and to try to identify a designer whose work will complement the style of the play. After this initial meeting, our managing editor goes back to the author to present the shortlist of cover ideas and to refine them further with the author’s input.

In many cases, central imagery and ideas are easy to agree on, and we can move forward quickly. Often, with conceptual plays such as Arigato, Tokyo, we try to avoid colouring readers’ interpretations of the play by keeping the cover art equally conceptual. In these cases we try to at least hit on a handful of descriptive words that could push the designer in a direction we would be happy with.

For Arigato, Tokyo we came away with exactly zero ideas initially for what would work for the cover.

To get a sense of what we were trying to pin imagery to, critics described the play as “a puzzle as artful as anything MacIvor has ever written,” a “typography of the human heart,” and “a fresh and reflexive examination of love and the base appetites we satisfy on the way to giving ourselves over.” The play is rich in imagery of Noh theatre and modern Japan, but we were wary of using such explicit imagery for a play that is nominally about identity. Daniel didn’t have any strong opinions about cover direction either, and we were still left without a solid concept. 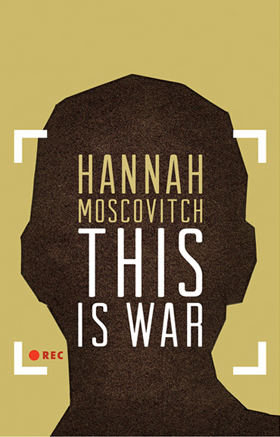 To make all of this more complicated, we needed the designer to create a similar look for This Is War by Hannah Moscovitch, another book we were publishing with The Banff Centre Press. We pictured the two covers tied together visually as a set, while maintaining their own separate, unique designs. So we had two books we needed covers for but no ideas for either.

Luckily, Robyn Read, the managing editor at The Banff Centre Press, suggested we use Natalie Olsen of Kisscut Design for these books. Robyn had worked with Natalie frequently in the past, and knew she could execute a series of covers with little more than a script and a deadline.

After further brainstorming, we were able to give Natalie a handful of key words we wanted to see reflected in the Arigato, Tokyo cover: Ambiguous, duality, trance, disguise, objectify, outsider, passion, obsession, infatuation, yearn.

Natalie took our abstract ideas, and translated them into a clean, central image with a type and colour treatment fitting to the play as a whole. She was able to focus in on the central theme of identity quite elegantly, keeping the figure featureless. The framing Noh mask was truly an inspiration and dug into the meanings behind many of the key words we had chosen.

She returned with a similar treatment for the cover of This Is War, which again features a straight-on silhouette as a centrepiece for the series look we hoped to achieve.

Thank you to Playwrights Canada Press for sharing this behind the scenes look at how they develop their cover art.

Interested in learning more about these two plays? You can check out photos from the Buddies in Bad Times world premiere production of Arigato, Tokyo on their website. And watch a clip from This Is War; produced at the Prairie Theatre Exchange, the clip is available from the Winnipeg Free Press on YouTube.

April 2, 2014
Beautiful Books: Enjoy It While It Hurts by JonArno Lawson