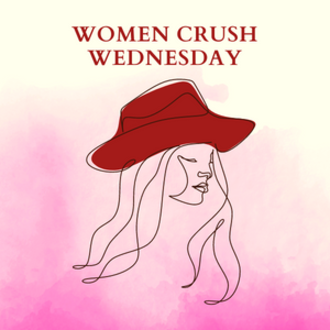 See more details below
Tagged: Playwrights Canada Press, J. Gordon Shillingford Publishing, Breakwater Books, A Man Walks Into a Bar, Do This In Memory of Me, Secret Life of a Mother, Hunger, Rukmini's Gold, Mortified 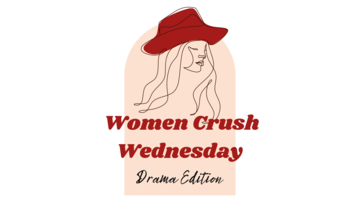 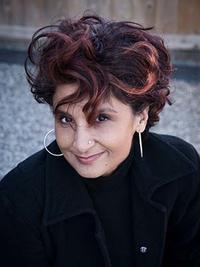 Recipient of the City of Hamilton’s 2020 Arts Innovation Award and the 2016 Theatre Award, animal fanatic Radha S. Menon began performing in British theatre and television in her youth. Stateless until age seventeen, Menon emigrated to Regina, Saskatchewan in 1995 where her performance career abruptly ended, and her writing career began. Her plays, which have been produced at theatre festivals in Canada, the U.S., U.K. and India, include Blackberry, Sita’s Revenge, Ganga’s Ganja, Rukmini’s Gold, Rise of the Prickly Pear, The Circus, and The Washing Machine. In addition, Menon is a filmmaker and production designer for art house films, including Nayan & The Evil Eye, (Design Award, Here Be Dragons Int. Film Festival 2015). Menon is tickled pink to be a finalist for the Cayle Chernin Media Award for a magic realism short film, The Sail Tree, currently in post-production. Radha is currently developing a Devi Tripytch and writing her first novel, Death Cry of a Peacock. Menon holds an MFA in Creative Writing from the University of Guelph. She is based in Hamilton.

Rukmini's Gold: An old woman in a white sari sits on a deserted train platform, burdened by a decaying suitcase and an old jewelry box. She has missed her train. Suddenly a young girl appears. "Can I sit beside you?" she asks the old woman. "I'm going with you. " Every second counts in this powerful play about connections and moments of departure. Rukmini's Gold features ten stand-alone yet interconnected scenes set in geographically unique train stations around the world. Through the eyes of the matriarch, Rukmini, the play tracks the passage of one South Asian family, crossing continents and spanning a century. Exploring themes including love, class and caste, women's struggles against patriarchy, colonialism, and the global movement of labour, Radha Menon's cast of characters take us on life journeys where trains are missed, opportunities are squandered, and family members are separated in space and time. 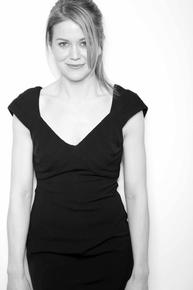 Amy Rutherford is a Canadian playwright and actress who has worked for twenty years in TV, film, and theatre with some of the country’s leading artists. A graduate of the National Theatre School of Canada and the Stratford Festival’s Birmingham Conservatory, Amy has co-written several plays, including The Public Servant and Out of the Woods. She currently divides her time between Toronto and Vancouver with her partner Jonathon Young.

Mortified: A woman runs into her former abuser and is surprised by the power he still holds over her. In an attempt to uncover the truth of what happened between them, she recalls her adolescent self: a fourteen-year-old synchronized swimmer struggling to make sense of the world around her. Humorous and dark, Mortified explores sex, shame, and transformation and how we reckon with the traumatic experiences that have shaped us. 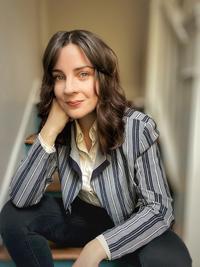 Meghan Greeley is a writer, performer, and director originally from Corner Brook, NL. Her work has been widely published, including in The Breakwater Book of Contemporary Newfoundland Plays (Vol. 1) and the Playwrights Canada Press anthology Long Story Short. She was a 2016 nominee for the RBC Tarragon Emerging Playwrights Prize and completed artist residencies at the Tarragon Playwrights Unit and Nightwood Theatre’s Write from the Hip program. Her stage plays have been produced in Toronto, Halifax, and Calgary, and across Newfoundland.

Hunger: In an isolated farmhouse during a period of ethnic cleansing, Johanna and Max attempt to perform an act of selflessness by hiding two persecuted individuals, a musician and a scholar, in an alcove behind their walls. When the money runs out, they are forced to take in a third refugee, a little girl whose father is willing to pay handsomely for her safety. But the alcove isn’t big enough for three, and as the war outside reaches a deafening climax, hunger reduces the protectors and the protected alike to a surreal state of desperation. 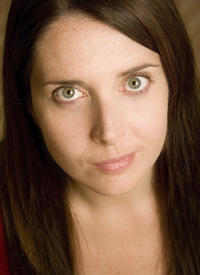 Cat Walsh is an award-winning performer and playwright based in Edmonton. Her plays include the site-specific ANXIETY (Theatre Yes), the gas-station gothic The Laws of Thermodynamics (Theatre Yes/Workshop West Playwrights’ Theatre), and the quantum-inspired FETCH (Interloper Theatre). Cat is a graduate of the University of Ottawa.

Do This In Memory of Me: Twelve-year-old Genevieve has been having a hard time at home, and all she really wants is to be an altar server at her church. Except it’s 1963 and Father Paul tells her that’s not allowed. After having her dreams crushed and being made fun of by her classmate and star altar boy Martin, Genevieve prays to God hoping for an exception. Instead, a fourteen-year-old martyr from the fourth century, St. Pancras, appears and promises to get her an answer from God. But with her mom missing for weeks and Martin disappearing on his way home from school the next day, she fears her prayers have been answered in dire ways. This dark comedy dives into the expansive time between childhood and adolescence, exploring questions about the realities of home life to the possibilities of unknown worlds. Do This In Memory of Me is for anyone who has ever questioned the relationship between faith and trust or wondered where they fit in the bigger picture. 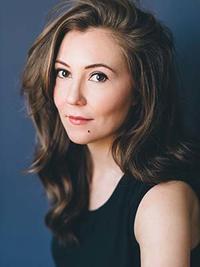 Rachel Blair is a Dora-nominated playwright and performer. Her play A Man Walks Into a Bar was a runaway hit at the Toronto Fringe Festival, remounted to sell-out runs at the Next Stage Theatre Festival and Ottawa’s Undercurrents Festival. Recognized by the Globe and Mail as a “Favourite Cultural Moment of 2015,” A Man Walks Into a Bar was nominated for Outstanding New Play at the 2016 Dora Awards. Her first play, Wake, won the Toronto Fringe’s New Play Contest. She has been shortlisted for the Tarragon Theatre RBC Emerging Playwright’s Competition and has developed work through Tarragon Theatre, Factory Theatre, and the Banff Centre’s Playwright’s Lab. Rachel is a graduate of York University’s Theatre Program and The Royal Central School of Speech and Drama in London, England. She lives in Toronto.

A Man Walks Into a Bar: A woman, with the help of a man, nervously sets out to tell us all a joke: A man walks into a bar and meets a waitress. As they begin to perform the joke for the audience, lines between the performers and characters blur and a tense and funny standoff about gender and power emerges. Is the customer justified in thinking something will happen? Is the waitress justified to lie? Why are some things funny to her and insulting to him? Ownership of the story becomes a competition as the man and woman unpack every word and movement, catching each other out on their assumptions and contradictions as they inch towards the dark punchline. 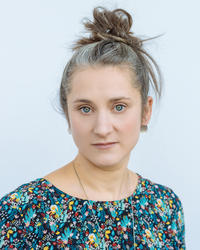 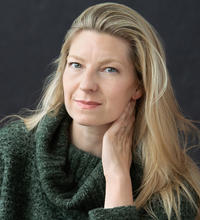 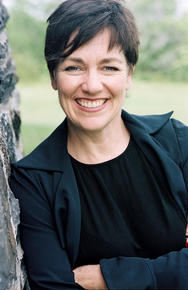 Secret Life of a Mother: The raw and untold secrets of pregnancy, miscarriage, childbirth, and mothering are revealed in this true story of motherhood for the twenty-first century. A playwright writes an exposé of modern motherhood full of her own darkly funny confessions and taboo-breaking truths. One of her real-life friends, an actress, performs the piece, and through it her own experiences of motherhood start to surface. These mothers are not the butts of jokes, the villains, or the perfect angels of a household. This empowered and relatable play was written collaboratively between award-winning theatre artists Hannah Moscovitch, Maev Beaty, and Ann-Marie Kerr, with co-creator Marinda de Beer. Uplifting and full of love, Secret Life of a Mother is a generous and powerful act of truth-telling for anyone who has thought about, been, loved, known—or come from—a mother. 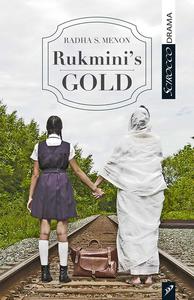 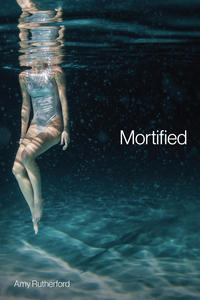 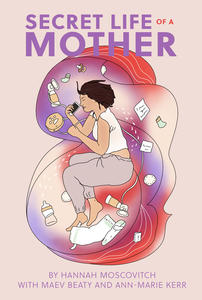 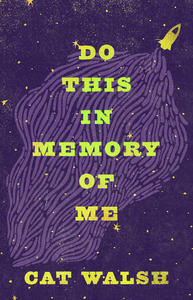 Do This In Memory of Me 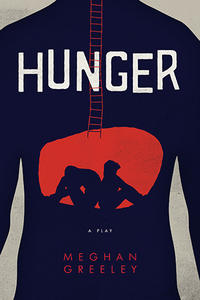 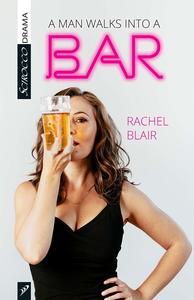 Man Walks Into a Bar, A