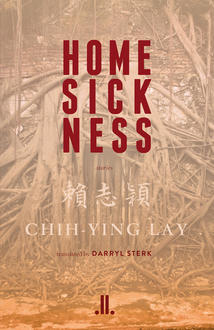 Taipei-born author Chih-Ying Lay's collection  Home Sickness (published by Linda Leith Publishing and translated by Darryl Sterk) hearkens back to his youth. Says Jade Colbert in the Globe & Mail of the collection: "Psychologically, this is as high stakes as you can get. These stories can be hard to look at sometimes, but it is also hard to look away."

A (short) interview with Chih-Ying Lay, author of Home Sickness

ALU: Describe your collection in under 100 words.

Chih-Ying Lay: Home Sickness is a distillation of my youth. The sensations and feelings I lived through are incarnated in these ten stories.

CYL: The short story is actually very practical. We live in a world full of discontinuations and distractions, so a literal short story allows both author and reader an opportunity to indulge and deepen.

CYL: The one and only Alice Munro! I have a complete collection of her works (in Mandarin translation). I still don’t want to read “Tricks” for a second time. I was overwhelmed after reading that story and the sensation is too immense to handle again!

An excerpt from "Cicadas"

Six months went by. He wasn’t unaware he’d spent almost all his savings and should get another job. Instead of going job-hunting, he fantasized about meeting her again. He reasoned that time would soften the impression she’d had of him. Maybe he could pretend to be a pedestrian and pick something up for her and hear it again, the sweetest thank you. Maybe.

One day he dozed through her arrival home. Discouraged, he stretched his arms and looked around to discover she was watch- ing him from the edge of the park. He blinked and realized she wasn’t alone. There were several young toughs standing around her. His hearing became preternaturally acute. “That’s the guy, the stalker. He waits for me here, every day.”

Before he knew it they were whaling on him. He saw stars, then blacked out. When he came to, his hearing returned first. Through the din of the cicadas and the ringing in his ears, he heard a voice. “That’ll be enough. Thank you.” It was hers.
He’d heard it again! She’d said it! Just not to me.

The hoodlums dragged him to the police station. The officer dried Wang Chung-ming’s tears and put a salve on his abrasions and bruises. Then he asked him why he was stalking the young lady. Wang just shook his head and said, “I ain’t stalkin’ nobody. I ain’t doin’ nothin’.”

The officer pressed him hard but didn’t get him to admit to anything. In the end, Wang yelled, “Since when is walking down the street or taking a snooze in the park a crime?”

The officer shook his head and told him the local borough mayor was a tough customer and had some powerful friends. “If he takes matters into his own hands, we couldn’t do anything, see? Especially considering it’s his daughter. I don’t care what you want, just don’t come around here no more, so we can both look ourselves in the mirror, okay?”

He sighed and nodded at the cop. But he had a plan.

He waited for his wife to get back.

His wife came politely in, like a guest. He always felt a distance between them. She was cheap and served one customer after another all day long. Once she’d been a poor young miss from the mainland, hoping to make it big in Taiwan. Now her exhausted, emaciated face would never look fresh again, no matter how much make-up she put on.

Wang had been drinking every day since the beating and the trip to the police station. Now he was sprawled on the chair waiting for his head to clear. His wife was a pragmatic sort, but she had a heart. She saw the way he was living and felt a bit guilty. Though she didn’t come home that often, she’d bring him some cash for his daily expenses. Wang could manage with her support.

After some drunken mumbling on his part, they went into the bedroom for a blowjob, or so she thought. That was what they always did. But this time, he undid her pants and made his way with his lips until he could smell her snatch. Fumblingly, he prised opened her legs and appraised it, pityingly. Then he tried licking it. A taste more layered than tears. His wife pushed back her hair and sat up to see, with a practised eye, what he was doing. She didn’t know if she should call out in the pretence of pleasure or tell him gently how to do it. Which would give him the most face? Mostly, she was surprised he would want to put the moves on her.

She was even more surprised when he entered her without a sheath. He didn’t say much, just grunted that she should say thank you. She’d been around the block and knew that he was asking it of her in the way you’d tell a whore. She was a bit annoyed, but she swallowed her pride and did as he said.

He told her say it again, in a softer tone. A bit louder, more sweetly. When it was over, she had no wish to stay. She didn’t even take a shower. She put on her clothes and bolted out the door, leaving him sitting on the bed, dazed, with an idiotic smile on his face.

The next day, as soon as she got off the bus, the girl saw some- one standing on the bench under the banyan tree tying something in a loop. And when she got nearer, the person—a man, she now realized—put the loop around his neck and jumped off the bench. There he was, half-swinging, half-bobbing, bug-eyed, because he was straining with the last of his strength to smile at her. But all she saw was a leer. His face turned scarlet.

It was Wang Chung-ming, of course. She was too scared to go any closer.

He tried to wave but was only able to move a couple of fingers. That did it. She turned and ran.

Two crushed cicada wings fluttered down from his hands.

The cries of the cicadas got louder, waking up the night. 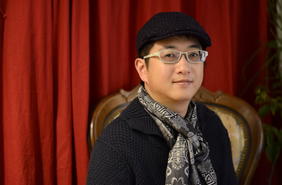 Born in Taipei, Chih-Ying Lay came to Canada in 2008 to obtain his Ph.D. in Microbiology at McGill University. Stories from his first collection, The Escapist, published in Taiwan in 2008, have been awarded the Formosa Literature Prize and the Liberty Times Literature Prize. He has published a novel, The Ideal Family (2012), and another collection of short fiction, The Comic Lives of Losers (2016). A guest broadcaster both in Taiwan and for Radio Canada International in Montreal, he sings in Ensemble Sainte-Anne Singers and Musica Orbium and works as a senior research scientist in Montreal.

Stay tuned for more Short and Sweet; check our equivalent of TV guide right here for what's next in our short story month series. And follow along on social with #ALUShortandSweet. 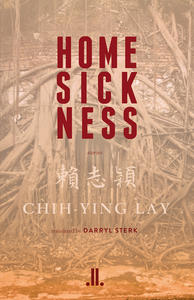