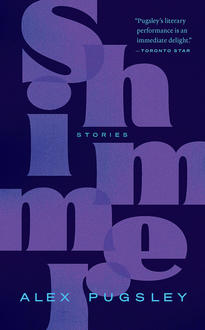 A (short) interview with Alex Pugsley, author of Shimmer

Alex Pugsley: Shimmer is collection of ten stories about a variety of people—kids, adults, men, women, rich people, not-rich people—but almost all the stories are told in vividly rendered dramatic scenes. There is a lot more showing than telling. In fact, narration is almost all neutral stage direction. So the stories are like one-act plays and the characters are presented to the reader through what they say and do.

AP: A great short story can put you instantly in a world, a mind, a dilemma, and still profoundly affect you. And if it doesn’t work, it’s only a short story. It’s not Moby Dick. And in the age of TikTok, that’s probably a good thing.

AP: This tends to change according to whom I’ve just read. Stories that amazed me recently were Susan Choi’s “Flashlight,” Anthony Veasno So’s “Human Development,” and Richard Yates’ “Oh, Joseph, I’m So Tired.”

An excerpt from "Twyla"

“I THINK WE’RE LIVING in the Golden Age of Fuck Off. I really do. What the fuck even matters anymore? Because let me ask you a question, and I’m curious about this, when you talk to your other patients, who all look fucking crazy by the way, I’ve seen them in the lobby futzing with their Kleenex and how you even talk to those freaks is beyond me — it’s called personal hygiene, people — but how many of your patients are just fed up with the rest of the world? Because you know on your laptop the X that appears in the corner of pop-up screens? I just want one of those. But for other people. So I can click on the X and they disappear and go back into the darkness. Do you know what I mean, though? What is with people? Ah, I fucking hate this week.”

These remarks are coming toward the end of a third appointment with Dr. C. A. Symons — the third of an agreed-upon trial of six sessions of psychotherapy — and Twyla, the young woman speaking, dressed today in a black sheer blouse, pencil skirt, and ankle boots, is just now staring at herself in the mirror on the wall opposite. Or not staring so much as frowning. Her expression is that of someone who can’t quite determine why something looks, as she might say, a little off. She fluffs her bangs. She scrunches her nose. Then, impulsive, she shifts herself on the sofa so she can no longer see her reflection.

In the chair opposite Twyla, Dr. Symons looks at her inquisitively, as if awaiting further details.

“Oh,” says Twyla, “it’s nothing. It’s just I never look good in that mirror and it drives me crazy but whatever.”

Dr. Symons crosses her legs at the knee and positions her notebook on her lap. “You were talking about your week. What happened this week?”

“Oh, you know. My dad’s in the hospital. My relationship’s in limbo. I hate all my friends. The usual. I think I want to move somewhere where I won’t be bothered by other people’s lives.” Twyla watches Dr. Symons jot down a note. “But I need to ask you something.”

“I’m not sure I understand what you mean. Fuck who?”

“Because I look at people who are successful and they’re all totally self-absorbed and focused and don’t care what people think. Which I find to be kind of ridiculous but whatever, it’s working for them. Meanwhile, I keep making decisions to change my life but nothing’s really clicking. I mean I know I have to change something. I just don’t know what it is yet.”

“You know. The voice-over that goes, ‘For Twyla Bacsinszky, it was a week like any other. But little did she know, when she awoke that fateful Tuesday morning, that her life was about to change forever.’ That voice-over. Where is it? Why am I trapped in the same old bullshit? Why am I always fucked up? I mean, I know there are patterns. ‘Look at the patterns. Look at your choices.’ I swear if I hear that one more time I’m going to shove a fork in my eye. But I have three fucking degrees, I speak six languages, I own my own condo. Why can’t I do this?”

“I’m just wondering,” says Dr. Symons, “when you have these thoughts all at once like this, what impact do they have on you? What sorts of feelings are you having? How do you feel right now?”

“So these thoughts are —”

“It’s just always the same,” says Twyla. “I need a way to manage my fucked-up shit. And I think I thought by this time I’d be more grown-up. Everybody else my age is get¬ting married and having families. And what am I doing? I’m sort of bopping around la-la-la dating multiple kinds of people and being depressed but — I don’t know — I used to be a happy person. I did. I always had the most friends. At school. At camp. In university. And I used to think people who got depressed were just freaks who lost the brain chemistry lottery.” Twyla looks suspiciously at her ankle boots, as if they might be to blame for everything that has gone wrong this week. “I guess things are different now. My friends are different now. They’re all in this different phase of life now. Like, I saw my friend Sally —”

A high-pitched beeping sounds twice in Twyla’s purse. “I should look at that,” she says, reaching for it. “Could be about my dad.” She takes out her smartphone and reads through a text.

“Fine,” says Twyla, texting a reply with both thumbs. “It’s just my texting personality and my real-life personality are getting farther and farther apart. It’s ridiculous. I could be in the worst premenstrual bite-the-head-off-a-squirrel mood possible and I get a text from work and I’m all smileys and exclamation marks. It’s retarded.”

Twyla nods. “No one could possibly think about their relationship more than I do. I’m on the verge of insanity every minute of every day. I mean, I’m always afraid I’m not liking my boyfriend enough.”

“Well, no, but we kind of had this big, huge fight.” Twyla glances at Dr. Symons. “Basically he wants to have a baby and it’s freaking me out.”

“I don’t know. Usually I just get my period and don’t care anymore. But relationships have to be over sometime, right? Or not.” She sniffs. “We’re supposed to go to a friend’s wedding next week.”

“Are you looking forward to that?”

“God, no. It’s going to be disgusting. The bridesmaids are in these really dressy dresses with red velvet bows. It’s just full-on retarded.”

“I mean are you looking forward to going with Justin?”

Twyla shrugs. “I always think a million different things. I mean, I know I love Justin, but there’s been some weirdness recently. I don’t know —” Twyla makes a sudden sneer, as if to show that sifting through Justin-related complications might be too much for today’s session, and checks the time on her smartphone.

Dr. Symons writes something in her notebook. “You said you saw your friend Sally.”

“Sally Ogden-Byers,” says Twyla, nodding. “This friend from Havergal. She’s in town for the wedding and I ran into her at Whole Foods. She’s just this disgusting, overly perfect Forest Hill person who I kind of hate. I don’t really hate her?” Twyla puts her phone in her purse and places the purse on a nearby end table. “I just don’t agree with the way she understands reality. I mean, Sally wins. She’s winning the career game. She’s winning the looks-exactly-like-she-did-in-high-school game. She’s winning the life game. She’s got the husband, the house, the picket fence. Whatever — fuck it — it just made me want to shoot myself in the head.” Twyla smooths a kink in her skirt. “I mean I’m sort of over Toronto real estate gossip but they just sold their house in Cabbagetown — that her father basically bought for them — for two million dollars so they can move to Galiano Island. Because now Sally’s all into sustainable biodiversity and ethical kale and I’m totally just like, ‘Fuck off, murder me now, pardon me while I shrivel up with my desire to kill you.’” Twyla looks over at Dr. Symons. “So I ask how she’s doing and she gives me this super-enlightened smile and says she’s in such a good place in her soul right now and how this is a period of real discovery for her.” Twyla turns to the side and makes a retching noise. “Ever notice how people who talk about their soul turn out to be the worst fucking pricks?”

You can read the rest of the story here, on CNQ. 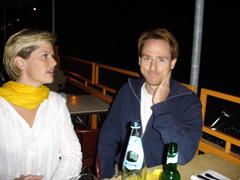 Alex Pugsley is a writer and filmmaker originally from Nova Scotia. His fiction has appeared in Brick, The Walrus, McSweeney’s Internet Tendency, and Best Canadian Stories, among other publications. His debut novel, Aubrey McKee, was published by Biblioasis in 2020. He lives in Toronto.

There's more Short and Sweet where this came from; you can  catch up on our Short Story Month series here. And follow along on social with #ALUShortandSweet. 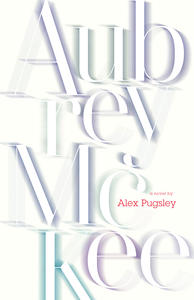 May 9, 2019
Short Story Month: The Midwife of Torment & Other Stories