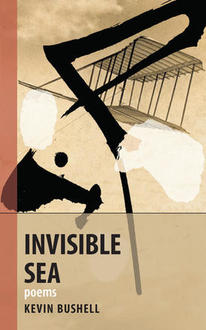 The concept of the poetic muse is a Romantic notion that suggests inspiration from a single source, often personified. For me, inspiration can come from an image, the sound of a possible opening line, a particularly moving story, a snippet of overheard conversation, or a detail that seems to carry special emotional or symbolic weight. If I do have a muse, it would be a gut feeling when one or several of these elements coalesce and tell me it’s time to go to the desk and start playing with language. And then I’m listening to a muse as I play, using my ear to discern what’s working and what has to go.

For example, while researching the history of flight, I read—literally in a footnote—that the citizens of Kabul celebrated the withdrawal of the Taliban in 2001 by going outside and flying kites. Kites were banned under Taliban rule, I suppose because of their symbolic associations to a spirituality outside of The Koran. That detail prompted me to start exploring kites—their symbolic significance and historical uses—which resulted in the poem “Some Uses for a Kite.”

Invisible Sea was inspired by a quote by comparative mythologist Joseph Campbell. I wanted to write something positive as a kind of antidote to the state of the world today and thought of reaching back to my childhood heroes, the Wright Brothers, to do it. I also wanted to examine if there is a relationship between our largely secular age and the incredible rise of advanced technology. In his interview with Bill Moyers, Campbell said, “the airplane has replaced the bird in the imagination as the symbol of the release of spirit from the bonds of earth,” and I saw in an instant that I could marry all three concerns by examining early human flight. This quote became an opening epigraph to the collection.

My approach to writing Invisible Sea was new to me in that I was actively seeking inspiration through research instead of passively waiting for it to come to me. I was inspired by the stories of these brave men who risked their lives and professional reputations to advance our understanding of flight technology. I was following my nose in research and would often stop, mid-chapter, when something I had read compelled me to switch the book I was reading with my notebook and take out my pen.

Also new to me was that I did the bulk of this writing in a public library. I find that removing myself from my house helps remove possible distractions and sets my mind in a different mode. It’s akin to how you sometimes have to leave your home city or town to relax fully, to step away from the concerns of your everyday life. I found that changing the physical space helped me change my mental space. I still write first drafts by hand, using a fountain pen, in a bound notebook. It helps me write slowly, which I think is required with poetry, and I tend to write the first draft until I’m no longer happy with how it’s going, then I back up to where I think it got off track and launch out in a different direction. In this way, I end up writing and rewriting the openings of my poems many times, advancing it along, in a series of trajectories, until there is an intuitive click and I know the first draft is done. Even then, I’ll play around with line-breaks and word choice for some time afterwards.

I began writing poetry the same time as most people, I suspect, in high school to deal with the emotional vicissitudes of adolescence. And because I’m a romantic, I began with love loss and unrequited love, and the poem seemed the traditional form for that subject. It also allowed me to give easily the hopeful fruits of my labours to the intended! Later as a student, I turned to more objective subjects, but the poem was still the best form in capturing something essential observed in the world. And as a student, there is practical value in writing poetry because you can cram it in between competing demands on your time, and it requires less of a long-term time commitment. You can even work on a poem in your head as you are sitting on a bus (or in a boring class), trying different lines.

I believe in what Charles Olson wrote about form being an extension of content. In fact, I often think of the form as the key that will unlock the content waiting to be written. If I can find the form, the content will come. So while this collection is quite thematically coherent, the forms I’ve used are quite varied, everything from bio-narrative to highly lyrical poetry, the epistolary poem, prose poems . . . even a suicide note! Whatever seems appropriate to the subject.

These poems are rather unusual in that they are largely non-autobiographical. My subject is not subjective but objective—historical events and figures, physical characteristics of the air, and objects that fly. There are perhaps only a handful of poems in the entire collection that are explicitly related to my lived experience. That was a challenge and something, again, new to my writing. I had to use my imagination to provide the physical and emotional details to embellish historical events sketched from research. I have to say that I found it exhilarating to do this. Of course, it’s nothing new to historical fiction writers, but I think not common today in poetry and certainly new to me.

If I had to describe these poems using only three adjectives, they would be historical, technical, and (I hope) inspiring.

Well, the usual advice to read as much as you can. I adjudicate a creative writing contest at my college, and I can see that the challenge for most students is that they haven’t yet seen the many possibilities to take language away from ordinary, declarative syntax. Reading provides you with tools for getting off the beaten path of language. Sometimes it provides you with specific images or a structure that will be helpful in the poem you are writing. For example, I never would have known to use the cataloguing technique in “Some Uses for a Kite” if I hadn’t read Allen Ginsberg’s “Howl,” or Walt Whitman’s “Song of Myself,” for that matter. I wouldn’t have the title and structuring principle without having read Don McKay’s “Some Functions of a Leaf,” or the closing image of the clenched fists without having read Earle Birney’s “A Walk in Kyoto,” in which he ends his poem with the image of a kite “thrusting its paper body up from the fist / of a small boy.” Many young writers are wary of reading, thinking it might taint their originality, or nervous to acknowledge their literary debts. Harold Bloom wrote about that in The Anxiety of Influence. I tell them not to worry: there is so, so much more going on in their work that is personal and unique that it makes the poem inherently theirs.

Finally on this subject, young poets should be careful about what they read. I consider reading akin to eating; you want only the good stuff, and you can’t read everything, so be selective. Read what is generally considered great work, and don’t be afraid to read poetry written prior to the 20th Century. Some of the poems in Invisible Sea have echoes of Ovid and Paradise Lost. The great works you’ve read will find their way into your own writing, and it will be all the better for it. I hope that doesn’t sound snobby. Of course, I could quote Joseph Campbell again to present a counter-idea: “Follow your bliss.” Read what you enjoy. But just make sure you read. Sometimes as a teacher and a poet, I worry that we are losing that ability in the age of YouTube.

Yes, I was very happy to have an endorsement on the back cover from Don McKay, an early mentor and source of inspiration for me. I ended up studying his use of metaphor as part of my Master’s thesis. I wanted to explore the rhetorical power of the image, and he is a master of metaphor. The other poet who has been inspirational is the Swedish poet Tomas Tranströmer, another genius of the image. He has a good Selected Poems with Ecco Press edited by Robert Hass.

There are others. I’ve already mentioned Ovid’s Metamorphoses, Milton’s Paradise Lost, which I teach, and Sylvia Plath. I could go on, but I’ll stop there.

SOME USES FOR A KITE

To discover electricity, and demonstrate its power

by killing those who reproduce the experiment

if not knocking them on their butts.

To entertain the Chinese Emperor

with the 150-foot failures of early man-lifting models

strapped to the backs of political prisoners—

except for one, whose was an owl with wingspan

wide enough to carry him safely

into history as the world’s first successful flight.

To calculate the distance to the fortress walls and know

how long the tunnel must be. To observe enemy lines and,

why not?, drop some bombs on them too.

To serve as target practice for warship gunners

and deliver papers from ship to plane, snagged

like a mosquito in a swallow’s beak. And when

at last, men are not fighting men,

to fight each other, slashed to ground

To receive the first transatlantic telegram.

To span a gorge (as Leonardo said) and start Niagara Bridge,

then a while later, do it again

for the cable car. To take the temperature of the sky,

the first photograph of the earth from God’s perspective,

that is, the birds’. To thieve from rooftops,

drop billets-doux to a secluded lover, be found when lost

at sea, a floatation device, the horse of a horseless

carriage, a dog-team to the North Pole and pull

Captain Cody, King of the Cowboys, across The Channel.

To lift a man from the ship’s deck, invoking spirits

for safe and prosperous passage. To ward off evil, ensure

a good harvest and give thanks for one, congratulate

pulling out of Kabul and, above all,

remind us how to play, tugging

our clenched fists into the air, champions

of nothing at all. 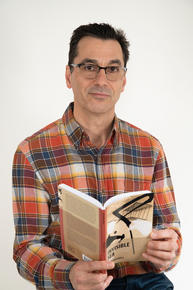 Kevin Bushell’s poems have appeared in The Fiddlehead, The Antigonish Review, Prairie Fire, and Exile, among other journals. His poem “The Life of Alberto Santos-Dumont: A Tragedy in Two Acts” was published in The Best Canadian Poetry in English 2011, edited by Priscila Uppal. He teaches at Vanier College in Montreal and lives in Pointe-Claire, Quebec.

During the month of April, you can buy Invisible Sea and any one of our other featured Poetry Muse books for 15% off + free shipping in Canada with promo code ALUPOETRYMUSE. Or find them at your local independent bookstore! 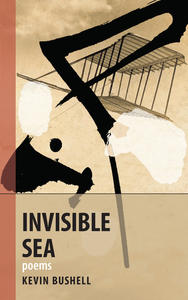