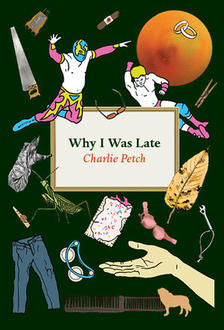 Today on the blog we are joined by Charlie Petch, author of  Why I Was Late (Brick Books). Charlie Petch (they/them, he/him) is a disabled/queer/transmasculine multidisciplinary artist who resides in Tkaronto/Toronto. In our Q&A, Charlie shares a poem from his new collection, and shares how for this specific poem, his muse was Mike Tyson.

Being open to all that people are, is my muse. In this poetic offering, my muse is Mike Tyson. 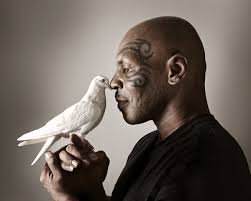 I didn’t aim to have a collection really, as a spoken word/theatre artist I don’t usually envision my work statically on a page. I just kept adding to folders called “Manuscript (year)” and when a friend nudged me about where my collection was, I decided to see what I’d amassed at this point and found a full manuscript. I write most mornings, before the world seeps in, before the muses arrive, when I am at my most raw, open, and emotional. I believe writing is a muscle so my morning exercises include stretching, lifting weights and putting 26 letters together over and over again, in pleasing partnerships, and hoping they convey what I have in my head.

I started writing stories when I was around 9 years old, but didn’t get into poetry really until I got a notebook at 16, and then the angst began ha ha. It really helped me to sort out my brain, though, being a trans person at that point of history, I felt there was a whole language I didn’t know, which was how I felt in my body. I think us non binary and trans people really have to do that extra searching, and that this is an art onto itself. I never stopped writing stories, novels or plays so I can’t claim to have held poetry up over all other forms of literature, but I do feel like poetry is the basis of all my other writing.

Let yourself fail, let bad poems out of you so the great ones can find you. Believe that there is a little you in every audience, that needs to hear what you have to say.

Does music inspire you when you start writing poetry?

I absolutely love to write with music in the background. My upcoming spoken word theatre piece, “Daughter of Geppetto” was written while listening to Chopin’s nocturnes, as they were popular at the time of the original Pinocchio in 1880. The first poem in the 4 part show ended up lining up so perfectly with Chopin’s nocturne "Opus 9, No. 2," that I have kept it in the show. At this point I really believe that because I listened to it so much in the creation of the work, I wove the poem around it.

Poem from Why I Was Late

To be performed with ukulele fingerpicking

We called you champ.

when you and I open up our mouths

they turn into bull’s eyes

and we are silent in our defense

because words can be landmines

the first time I saw you

unabashed unapologetic on the

you became my first lisping hero

I imagined us in my playground

I tried to duck and dance like a butterfly Ali

before you hit age thirteen.

The boxing world plucked you from reform school

I know how education can seem like the enemy

and for a boy targeted for his

you probably felt relieved that the teacher

would never call on you again.

Your lisp never got better

you put up your dukes
gave up on language

and let your dreams narrow

Before your mom died

she gave you to

but never could install any breaks

There were no bells in the bedrooms you strode into

no towels to be thrown in front of your thundering ways

Raised to be a wild animal

you look calmest wrestling with your Bengal tiger

even your friends say you belonged in a cage.

I mean the man who could have protected you

when you were just two years old

you could have said it everyday

without the worry of retribution

Instead you shouted it into barrel chests

It bounced back with the blank stares of men

and the bags of money they bring

Maybe what you needed

was a male embrace

not cut short by a bell

Now in the wake of Holyfield’s spat-out ear

your other children look at you in fear

and your beloved tiger

paces behind some stranger's bars

The television calls you a monster

speaks of your failures

your legacy of violence

the one called Sobriety

as your daughter’s easy laughter

the father who’s there

the father who came back

I’ve written so many endings

to your poem   Mike

some were too kind

in love and recovery

Some humans are capable of so much

when we give them a chance

to get up off the mat

Charlie Petch (they/them, he/him) is a disabled/queer/transmasculine multidisciplinary artist who resides in Tkaronto/Toronto. A poet, playwright, librettist, musician, lighting designer, and host, Petch was the 2017 Poet of Honour for SpeakNorth national festival, winner of the Golden Beret lifetime achievement in spoken word with The League of Canadian Poets (2020), and founder of Hot Damn it's a Queer Slam. Petch is a touring performer, as well as a mentor and workshop facilitator. They are launching "Daughter of Geppetto", a multimedia/dance/music/performance poetry piece with Wind in the Leaves in April 2022 , launched their full length poetry collection Why I Was Late with Brick Books which got a "Best of  2021" from The Walrus, and filmed their libretto "Medusa's Children" with Opera QTO.  They have been featured on CBC's Q, the Toronto International Festival of Authors, and were longlisted for the CBC Poetry Prize in 2021. Find out more at www.charliecpetch.com

Tag us on  Instagram,  Twitter,  Tik Tok and  Facebook (@alllitupcanada) and let us know how you're celebrating NPM. Reading any of our featured books? Show them off to us on social media! Follow the hashtag #ALUPoetryMuse for all things poetry on ALU this month, and catch up on the series here. 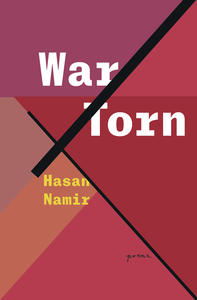 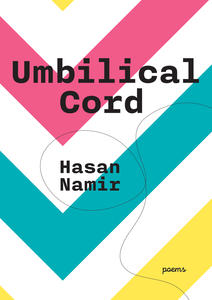 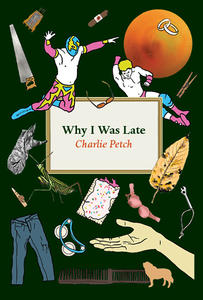 Why I Was Late