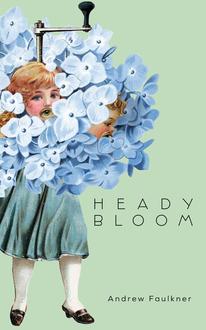 Our next Poetry Muse featured poet is Andrew Faulkner and his collection  Heady Bloom (Coach House Books). He tells us how the book's muse is the big-size bottle of Advil Liqui-gels, inspired by a persistent headache, shares the "nostalgic millennial" music found amongst his poems, and advises aspiring poets to "spend as much time as you can in the big tent of writing."

An Interview with Andrew Faulkner

My muse for Heady Bloom is a container of Advil. To be more precise, 126-capsule bottle of 200 mg Advil Liqui-Gel.

I had a headache – I’d been having headaches fairly frequently – and as I went to take an Advil, I discovered the container was empty. Which couldn’t be right, I’d only recently purchased it. It struck me then that I’d actually had one long, continuous headache that had lasted for months and I’d been treating the bottle of Advil like it was a Pez dispenser.

A reasonable person might have recognized this as a sign that proper medical intervention was required. My first thought was: “Maybe there’s a poem in here somewhere.” Turns out there were several, and a personified bottle of Advil became a recurring figure in Heady Bloom.

I had no real writing routine while crafting this collection. At first, I couldn’t wring much from my brain until I’d gotten help in managing the headaches. From there, it was less a linear writing process and more a laborious plucking away at revision after revision in bits of free time here and there – mornings, evenings, a half-hour I could steal back from my day job. I guess I was going for a method-acting type approach of making it a real headache to write about headaches? I do not recommend this as a process.

My first book came out in 2013. This book is my second and it’s coming out in 2022. Including notes and acknowledgements, it has about 7,800 words, which means I’ve written 850 publishable words a year, give or take. Why don’t I write other forms of literature? If I need 60,000 words for a novel and we divide that by 850…. no, thank you, poems are enough.

Heady Bloom is a buddy-cop dramedy starring a bottle of Advil and a headache that just won’t quit. It’s an attempt to figure out how to resolve a condition when that condition is being alive. But don’t worry, I throw some jokes in there to balance things.

Writing is a verb. It is a big-tent verb that shelters lots of smaller verbs, like typing and reading and thinking and revising. Spend as much time as you can in the big tent of writing. Rest when you need to. Embrace the joy in writing when it arrives and don’t despair when it doesn’t.

6. Does music inspire you when you start writing poetry?

I cannot write to music, with the exception that I had two songs by The Band playing quietly on repeat as a pecked away at the long poems that open and close the book, because apparently we cannot escape becoming our fathers. The Staple Singers cover of a Talking Heads track added some oomph to the clatter of voices in Heady Bloom’s first poem.

When my daughter was very young, I’d take her on early-morning walk in the stroller to see the ducks that hang out at the clunky little marina in Picton. If she started drifting off, I’d pop in my headphones and listen to “Paranoid Android,” which mirrored my frantic lack of sleep. If she fell deeply asleep, I’d find a bench and pull out my beat-up copy of Tranströmer’s collected poems. The two mashed together resulted in the poem “Paranoid Android.”

One poem, “Geriatric Millennial Vibes On Nostalgia,” accounts for the bulk of the 90s music.

My wife and I once took a Greyhound bus from Jasper to Vancouver. One of the bus depots we stopped at had a Guns N’ Roses pinball machine. It was early morning and nothing was open so I could not get change for a $5 bill to play, and the unrealized possibility of that game of pinball has haunted me since.

One poem is a mashup of a book by Terrance Hayes and Sylvia Plath, and it mentions Ginuwine’s biggest hit.

I don’t recall all the bands that played at the Burlington YMCA in the early 2000s, but I’m sure I saw Alexisonfire play the first track from their debut album at least once.

A poem from Heady Bloom: "The Case for Advil Presents Itself"

First headache shows up like woah.
Whistles through switch grass,

and my mind’s declensions of thin pine.
What flesh extends from.

My head hurts. Is it swollen?
I think it maybe is. And what’s

this rough seam, these roses and filament,
over which I can run my thought’s thumb?

This is all just interior talk, mind you,
rumour of layoffs, downsizing,

exploring the future at length.
That from which flesh extends.

My head considers its freestone pit.
A condition’s no good unless it persists. 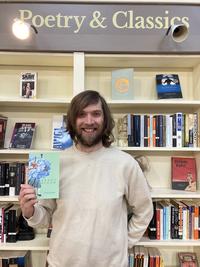 Andrew Faulkner is the author of two books of poetry, Heady Bloom and Need Machine, both from Coach House Books, and several chapbooks, one of which was shortlisted for the bpNichol Chapbook Award. He lives in Picton, Ontario, where he works as the managing editor of Invisible Publishing.

During the month of April, you can buy Heady Bloom and our other featured Poetry Muse books for 15% off + free shipping in Canada with the promo code ALUPOETRYMUSE. Or find them at your local independent bookstore!

Keep up with us all month on Twitter,  Instagram, and  Facebook with the hashtag #ALUPoetryMuse. And catch up on the rest of the Poetry Muse series here. 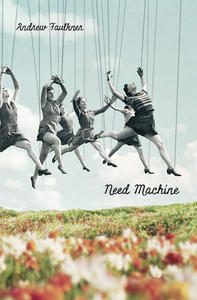 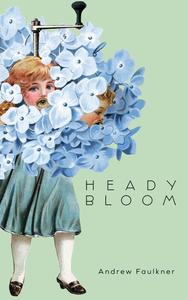 January 7, 2021
Writing on the road: An interview with travel writer Trevor Carolan