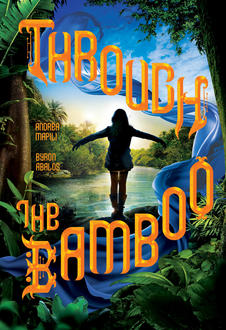 Filipinx-Canadian playwrights Andrea Mapili and Byron Abalos introduce a scene from their children's play  Through the Bamboo (Playwrights Canada Press): a fantastical mashup of Filipinx mythology and epic adventure stories like The Wizard of Oz. In the scene below, 12-year-old protagonist Philly finds herself in the otherworldly land of Uwi after the loss of her lola, and meets a few friendly - and not-so-friendly - faces.

We wrote Through the Bamboo because we wanted to write a Filipinx-Canadian story that the kids in our family could see themselves in—something we didn’t have growing up. Representation matters so we also wanted it to be big, fantastical, and epic in scale so they could know that their stories and culture are epic as well.

Through the Bamboo was originally inspired by a book Andrea received as a child about the Samal myth of Tuan Putli and Manik Buangsi. This play was inspired by Philippine mythology, but it is not Philippine myth as you would hear in its traditional form. As Filipinx-Canadians we are interested in connecting with our ancestral lands and the richness of our culture, but as settlers who grew up here in Canada, we are also heavily influenced by Western tradition. We created this play through our unique diasporic Filipinx-Canadian lens, and we’ve reimagined myth and character to reflect those intersections.

In this excerpt, we meet three kinds of mythological creatures. Ipakita and Giting are two duwende that become our protagonist’s sidekick guide and protector. In Philippine mythology, duwende are short, dwarf-like creatures that live in mounds of soil or anthills. They are known as the “spirit of the hills” or “people of the ground” and can be friendly or vengeful. We also are introduced to a tikbalang and ekek. Tikbalang have the torso of a human and the head, legs, and strength of a horse. In our story they are the army of the Sisters, and in Philippine mythology, they are powerful creatures that can be controlled or tamed. Ekek are part-bird, part-human creatures. According to Philippine mythology, they hunger for human flesh and blood and in our story, they are the scouts for the Sisters. 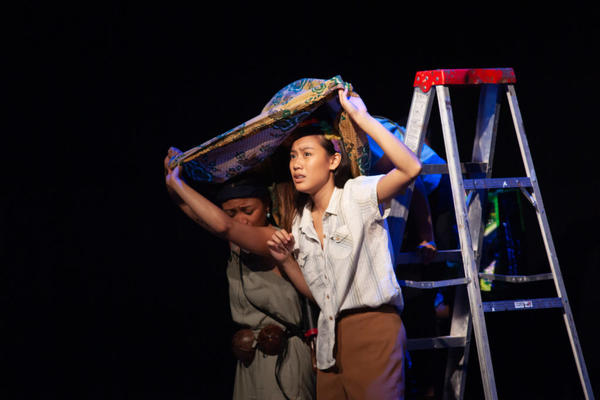 Actors Lana Carillo and Erika Leobrera as Giting and Ipakita during the stage production of Through the Bamboo.

An excerpt from Through the Bamboo, Scene 2:

A forest. The air is humid and filled with electricity. Philly opens her eyes to find she is surrounded by Ipakita and Giting.

IPAKITA: It’s you! It’s really you!

IPAKITA and GITING dance like light while playing kubings. Hundreds of impish DUWENDE flood the forest, scurrying, giggling and leaping.

DUWENDE: YAY!!!
She’s back, she’s back now from her fall
Her stories, they will save us all

PHILLY: This isn’t happening. I’m not in a forest. I’m just in Lola’s basement. I’m going to close my eyes, count to three, and then everything will be back to normal.

They begin to chant and dance the Maglalatik.

PHILLY is caught in the middle and tries to escape multiple times to no avail.

PHILLY:  What are you—

DUWENDE: YAY!!!
She’s back, she’s back now from her fall
Her stories, they will save us all

PHILLY:  Excuse me, I’m lost. Can you help me find my way home?

DUWENDE: YAY!!!
She’s back, she’s back now from her fall /
Her stories, they will save us all

PHILLY:  Tell me who you are!

IPAKITA: It doesn’t matter who we are. It’s who you are that’s important.

IPAKITA: Uh-huh. We knew you were back because the sky—it’s turning gold again! And now we’ve found you!

GITING: Welcome back to Uwi!

GITING: What’s Uwi? It has been a long time since you’ve been home.

PHILLY:  Tell me who you are.

IPAKITA: I’m Ipakita of the duwende.

PHILLY:  Sure. So she’s Tita Pita—

PHILLY:  And your name is?

GITING: My name? My name?! I am Giting, protector of the duwende. The fightiest, mightiest—

GITING: Who you calling tiny? I’ll show you tiny!

GITING takes out her arnis sticks and shows off her skills. The DUWENDE oooh and ahhh at her moves. IPAKITA jumps in to stop her.

IPAKITA: That won’t be necessary, Giting. Remember, she’s here to end the reign of the Sisters.

DUWENDE: YAY!
She’s back, she’s back now from her—

GITING: Stop! Get down!

GITING grabs PHILLY and pushes her to the ground, hiding her. The DUWENDE all hide. An EKEK flies overhead.

PHILLY: What was that?!

IPAKITA: An ekek, a courier for the Sisters.

GITING: And their eyes over Uwi.

GITING grabs PHILLY and pulls her into a DUWENDE mound, concealing her from sight. A TIKBALANG battalion led by GENERAL T enters.

GENERAL T and the TIKBALANG battalion search. Finding nothing, they exit.

PHILLY: What was that?

IPAKITA: And the army of the Sisters. That’s the third group of tikbalang and ekek that’s passed through since sunrise.

IPAKITA: All of Uwi has been looking for you.

PHILLY: I’m getting out of here!

GITING: Keep your voice down! They’ll kill you if they catch you.

PHILLY: Why would anyone want to kill me?

PHILLY: The key to what?

IPAKITA: Freeing the creatures of Uwi. Freeing your home.

PHILLY goes off in search of the way home.

GITING: She’s gonna get herself caught.

IPAKITA: (to DUWENDE) Everyone, stay hidden. She’s our responsibility and we’re not gonna let anything happen to her.

GITING: Let’s go, we can’t mess this up.

They exit after PHILLY.

Reproduced with permission from  Through the Bamboo by Andrea Mapili and Byron Abalos, 2021, Playwrights Canada Press. 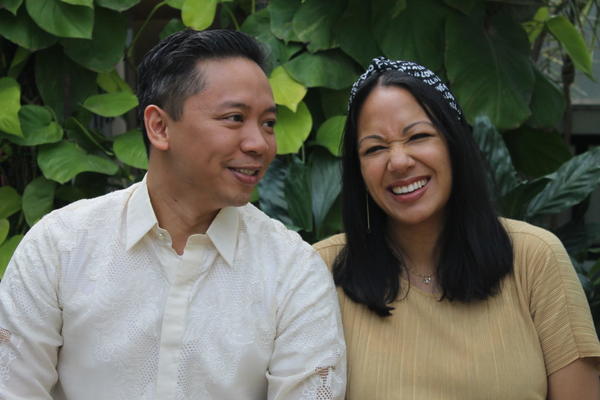 ANDREA MAPILI is a playwright, movement director, choreographer, dancer, and somatic practitioner based in Toronto. In November 2017, she choreographed a production of Cassettes 100, a one hundred–person interarts piece at the Young Centre for the Performing Arts. In addition to co-writing Through the Bamboo, she was also Movement Director and Assistant Director. Andrea is a Registered Somatic Movement Educator and a Tamalpa Practitioner who offers private coaching and group workshops specializing in embodied public speaking, somatic awareness, connected communication, and creativity for health and wellness. She is a graduate of the Tamalpa Institute and holds a B.Sc. in Biology from the University of Western Ontario.

BYRON ABALOS is a Filipino Canadian playwright, actor, and producer from Toronto. His play, Remember Lolo, won the NOW Magazine Audience Choice Award at the 2005 SummerWorks Festival. In 2011, fu-GEN Asian Canadian Theatre premiered his play Brown Balls at the Factory Studio Theatre. As part of the 6th Man Collective, Byron co-created Monday Nights, an interactive basketball performance, which has toured across Canada. NOW Magazine named him one of Toronto’s Top 10 Theatre Artists for 2010. Byron has a BFA in Theatre Acting from Ryerson University, and was an inaugural Bob Curry Fellow at Second City. 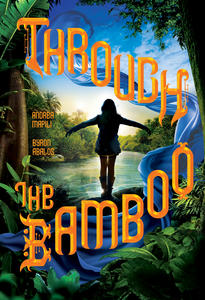 January 13, 2022
Short Story Month: Outside People and Other Stories by Mariam Pirbhai