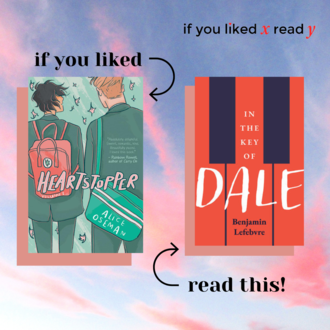 If you were invested in the lives of queer teenagers in Alice Oseman’s Heartstopper, be sure to check out Benjamin Lefebvre’s In the Key of Dale (Arsenal Pulp Press), which encapsulates a queer coming-of-age story of a music prodigy with a hint of mystery.

The Heartstopper graphic novels are what formed the basis for the critically acclaimed Netflix TV series of the same name—which debuted earlier this year and has become somewhat of a global phenomenon. The graphic novels, like the TV series, have been praised for their beautiful storytelling and their representation for (and normalization of) LGBTQ+ youth in a relatable, joyful way.

In the Key of Dale is our recommended reading pick for Heartstopper fans as a YA book centred on LGBTQ+ youth and relationships, centring connection (and disconnection, at times) with peers, friends, romantic interests, and even family. It's a disarming coming-of-age novel about Dale Cardigan, a queer teen music prodigy who doesn’t fit in at his all-boys school or at home. But the sixteen-year-old discovers pieces of himself in places he never thought to look after he begins writing letters to his late father—initially to tell him everything he can't bring himself to tell his mother and soon as a way to keep track of some unexpected developments.

The premise of the Heartstopper series is "Boy meets boy. Boys become friends. Boys fall in love," and In the Key of Dale speaks to a similar growing relationship—but with some mystery involved. Somewhat against his will, Dale befriends his classmate Rusty, who gets a rare look at Dale's complex life outside school. Their friendship gets awkward when it seems Dale's growing attraction to Rusty is doomed to remain one-sided, but it's to Rusty that Dale turns when he stumbles upon a family secret.

Dale is a really sweet, likeable character whom the reader gets to know well through the novel's epistolary form. Ultimately, I think that Heartstopper readers will like In the Key of Dale because of the novel's similar—and relatable—emphasis on love and friendship for queer youth, navigating things like grief and loneliness, friendship and romantic attraction, and fitting in and growing up as one traverses the path to adulthood.

Thank you for the folks at Arsenal Pulp Press for sharing In the Key of Dale with us. 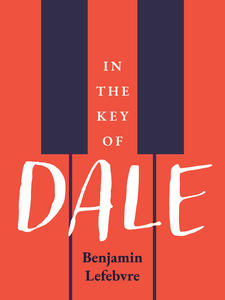 Three Books to Read Before the Summer is Over

August 30, 2016
The Movement Beyond Tropes (f*ck your gaydar): Orange is the New Black and CanCon Find Common Ground