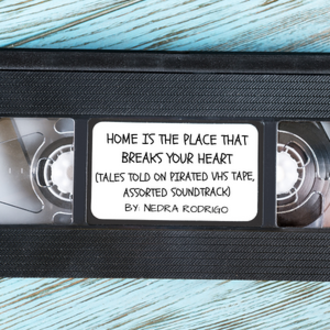 Academic, translator, and the founder of the Tamil Studies Symposium Nedra Rodrigo writes of the conflict in Sri Lanka, border crossings, and how to cope, through a series of vignettes on “tape” through the decades. Rodrigo, whose published translations include His Sacred Army and   A Time of Question s (Mawenzi House), takes us back in time and shares her memories of where her broken heart lies – home.

Rewind many years back…

My brother’s voice, hesitating but insistent, disturbs the quiet of the night and I turn away from my own thoughts.

“Any one. The one about the fisherman.”

“You always cry when I tell you that one.”

This is a story I made up, about a poor fisherman who goes out to catch fish in spite of a cyclone warning. The cyclone hits and somehow he survives wave upon crashing wave, and returns home with a battered boat, but a good haul of fish, only to find that his village has been destroyed. It’s a mix of the Odyssey and the sorrows of the labouring class. As I tell him the bit about the man returning to his shattered home, I hear a sniff. And again.

A tearful voice whispers, “does he see his family again?”

The evil sibling that I am pauses to flex this newfound power.

“Yes, one day, later-later, he finds his family and they all live happily ever after.”

(there’s some 1980s static and this tape is scratchy)

Two classes of thirty students each, reduced to one class of seven.

We sit in half-dark classrooms waiting for the few Tamil teachers who’ve stayed behind to make their way around the classes. Seven classes a day reduced to three or four. As we sit around waiting, my friends ask me for a story. I tell them the storylines of every English film I watched, several times over. They all watch the same Tamil movies, but their families don’t rent English films. They like My Fair Lady, they don’t like The Godfather.

All I want is a room somewhere, far away from the cold night air…

Once I was tired and said enough. I don’t want to talk anymore. S. looked at me and said quietly, “When we tell stories, she is less worried.” I follow her gaze to M., seated close to us and somehow obviously apart. She hadn’t spoken in class in the past two months. Her father had been killed, burned alive in his car just outside their home. She sat in silence, her hands flip flopping on her lap like dying fish, sometimes twisting and tying a handkerchief into knots. She rarely made eye contact.

They all gather around. I hadn’t actually seen the film, just the trailer on a pirated video, but that never stopped me.

When I was done, she asked softly, “Was there really a basketball game with a werewolf?”

“Yes,” I said, remembering how M. used to be one of the fastest players on the school team. Tiny as she was, she would fly around the court in the pleated skirt she wore over her shorts, sweat pouring down her face, her face wide in a grin. The rival team’s defence always shook their head when she scored a three-pointer. No-one ever expected it to go in, and yet…

“Yes, there was.” The trailer had more than suggested it. She reached over and clutched my arm.

“Hmm.” She sighed and then seemed to hiccup. She clutched my arm so tight it hurt, the tendons popping on her hand. “Amma said don’t look out of the window.”

Her fear was contagious, and the thick sadness swimming in her eyes made me nauseous. I never thought then about what it was like for her to walk home everyday, past the place where her father had been murdered. I only wanted her to let go of my arm.

Fast forward a couple of years

(Too much static…I don’t remember. Adjusting the tracking doesn’t help.)

Pop music plays on a loop in the background.

The immigration officer at the border looks like Tom Cruise. It’s a burden he carries with some pride and some edginess. He wears aviators and chews gum like a guy who’s watched Top Gun too many times. He takes off his aviators, pushes his forelock out of his face and gestures to us to pull over to the side. My friend Justin inhales the orange he had forgotten about, and I reapply lipstick. Make-up helps me feel more in control of my face at the border. The border cop gets out of the booth and walks towards the checking area, looking over my friend with a resentment he can’t conceal. Justin is 6 feet and going. The border cop is not. Tom Cruise is short too, which I guess is okay if you’re Tom Cruise. But not so hot if you’re the border cop who only looks like Tom Cruise.

As a friend, as a friend…as an old enemy…

He passes my travel document to another officer there. Have you seen one of these? She’s what they call a stateless person.

Sri Lanka. Yeah, you heard of the Tamil Tigers?

Yeah, she’s one of those guys.

I look from one to the other. Really?

I drag out my best model minority accent when they ask me where I’m going. We’ve all done it, come on.

“How long will you be staying there?”

“Not long, just the weekeeend?”

Not sure if I overdid it and sounded like Judy Garland in the Wizard of Oz – there’s no place like home! Another favourite of my old classmates.

Border cop takes his time, a few of the others come over to join him, and my travel document gets passed around while I wait. I let my eyes glaze over and imagine myself back at home. They don’t search the car, and Justin is obviously relieved.

“Did you have pot in there?”

“No; three bananas in the back seat! I totally forgot!”

I go back to Colombo after twenty-five years and I don’t recognize it.

The map that had existed in my mind was pinned down by giant trees – mango, banyan, bo trees and especially the Persian pink silk tree on our street. The Persian pink silk tree extended its shade across the street, its trunk pushing through the wall of someone else’s garden, cracking it to drop its fuzzy pink and white flowers at our feet for months on end.

I would stop to stroke the tree trunk on my way to school sometimes. A tree will carry your secrets to the ground and your prayers to heaven, and it comforted me to touch that tree.

I think it unnerved the watchman from one of the houses down the street; he began calling out to me “Hey mad girl, we know you’re Tamil! Why are Tamil boys always coming to your house?” I said nothing to my parents. I knew I wouldn’t be allowed to walk to school after that, and I wouldn’t be able to pray to my tree. People moved around so much and were gone. The trees were my touchstones.

I didn’t see my tree when I went back, and what can you say about that in a place where so many people have lost their lives. Trees disappeared too, and our secrets and prayers with them.

Rewind now, back to the border.

Canadian border this time. The young woman immigration officer means well. She means to come across as thoughtful and sympathetic, cosmopolitan even.

“You seem to travel a lot,” she says, thumbing through my passport. “Where would you say you feel at home?”

I’m not prepared for this question at the border.

It sticks in my throat.

Home is the only place that breaks… the words don’t come out.

I take a deep breath, and pitch higher this time.

“Home is Toronto!” She smiles and nods. Right answer.

Even though I have a Canadian passport now, she realizes she shouldn’t have asked. She doesn’t have time for the whole story.

I smile. She smiles. I get to leave.

Tell me a story…

This time it’s my son. What kind of story?

Tell me about a story about your home in Sri Lanka.

Tell me – his voice is insistent.

Okay, I’ll tell you. But you won’t like the ending. 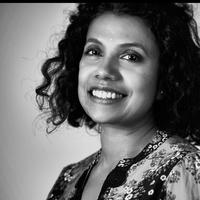 Nedra Rodrigo is the founder of the Tamil Studies Symposium at York University, and the bilingual event series, The Tam Fam Lit Jam. She is a translator, academic, curator of Multi-arts events and a Member of the Board of Directors for the Tamil Community Centre Project. Her published translations include: In the Shadow of the Sword (SAGE Yoda, 2020);  His Sacred Army and  A Time of Questions, Vols. 1 & 2 of the Devakanthan quintet Prison of Dreams (Mawenzi House 2021). Her essays have been published in Kalam, Briarpatch, C Magazine, Studies in Canadian Literature and Human Rights and the Arts: Essays on Global Asia; and her translations of poetry have appeared in Words and Worlds, Jaggery Lit, Still We Sing: Voices on Violence Against Women and Human Rights and the Arts in Global Asia. 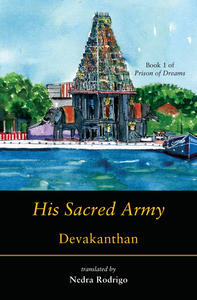 By B Devakanthan
Translated by Nedra Rodrigo 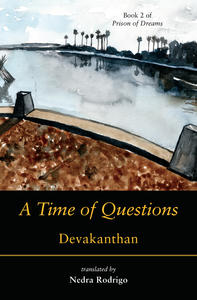 Time of Questions, A

By B Devakanthan
Translated by Nedra Rodrigo

May 7, 2018
Character Study: Waiting for the Cyclone