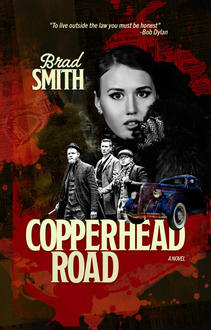 In this Case Files, we look at things from the criminal’s side of the fence: Ava Flagg, a bootlegger in North Carolina during the Great Depression. Will her and her crew outsmart their rivals-in-booze in Brad Smith’s Copperhead Road (At Bay Press)?

This time, we look at things from the criminal’s side of the fence: Ava Flagg, a bootlegger in North Carolina during the Great Depression. Will her and her crew outsmart their rivals-in-booze in Brad Smith’s Copperhead Road (At Bay Press)? 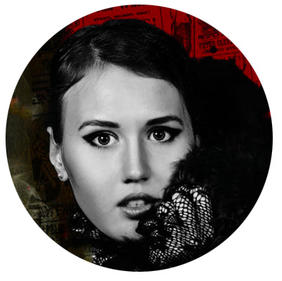 Appearance: 30-something, sassy and whip-smart

Recent Problems: Losing all her moonshine to the afore-mentioned Marx and Saunders. Ava needs a driver who can out-think and outrun the two. Will Bobby be the solution?

Summer 1936, Wilkes County, North Carolina during the Great Depression. The Flagg family resides in the middle of the Appalachia - one of the hardest hit areas in the country. As the depression drags on the Flagg family watch their molasses business decimated. Jedediah, the family patriarch and his sons Morgan and Ezra struggle to produce a few meager gallons a week. That is until their sister Ava arrives home and takes control of the family business and starts running moonshine. Ava bails out ex-con Bobby Barlow and tells him he is working for the Flagg family now. With threats mounting from rival clans and the local cops breathing down Bobby's neck, he and Ava devise a plan to play them all, one against the other. They don't necessarily do it by legal means but that doesn't bother them. To live outside the law, you must be honest.

Catch up on the exploits of Ava Flagg and her band of moonshiners in Brad Smith's  Copperhead Road, a novel that crime writer Ian Hamilton says "smacks of Larry McMurtry – great plot driven by fascinating characters and clever dialogue just speeds along."

And many thanks to Brad for playing gumshoe reporter with us for this instalment of Case Files! 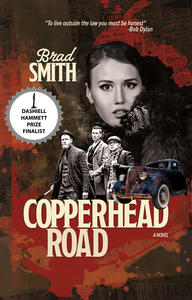 September 9, 2015
Read This, Then That: Double the Mystery With Two True Crime Picks