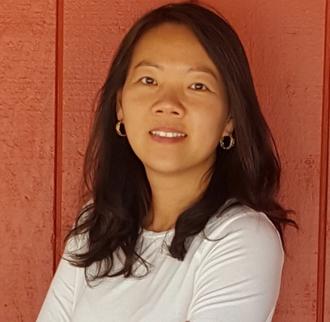 With Mother's Day this weekend, we look beyond the flowers and platitudes to a celebration of fierce motherhood, embodied in the grandmother of writer Anvi Hoàng and recounted in her book, Why Do You Look at Me and See a Girl? (Guernica Editions). Hoàng's grandmother Cam escorted her three children - including her mother, Cúc - over 250 miles of hostile jungle and amid the 1949 conflict in Vietnam to reunite with her grandfather. We share an excerpt from the book, as well as the author's thoughts on motherhood, in honour of moms everywhere.

See more details below
Tagged: Anvi Hoàng, Why Do You Look at Me and See a Girl?, Guernica Editions, Excerpt

An introduction from Anvi Hoàng 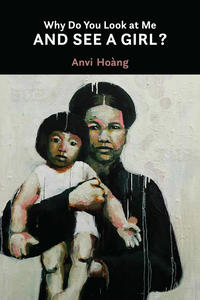 In 1949, my grandmother Cam took her three children in a journey on foot crossing jungles and rivers and rice fields to reunite with her husband, my grandfather Tín. Many times during this trip of approximately 263 miles from Huế to Bình Định, uncle Tuấn, aged four, was carried in a basket hung on one side of a pole upon the shoulder of a helper. My aunt Hương, eight, and my mom Cúc, seven, stayed close by. It was an arduous journey during the war that took them many many weeks to get to their destination. I dedicated a substantial part of my book to talk about my grandmother Cam, the women around me, and family traditions and relationships in the context of multiculturalism to advocate equality. Women across the planet undertake Cam’s journey everyday. For those who don’t have to cross rivers and jungles and borders to search for safety or happiness, they juggle challenges in housework and parenting, struggle with biases and discriminations in healthcare, housing, workplace, education, and et cetera. Their stories bear testimonies that independent, resourceful and strong women are the norm that reflects reality, not the threat to be controlled and oppressed, neither objects to be sexualized or exoticized. Their just representation in society will bring about harmony in life. This moment of NOW is the best time to celebrate and embrace them. The feminist voice in my book is to contribute to this movement.

Excerpts from Why Do You Look at Me and See a Girl?

In each family, there were always some older people who were born during French colonialism and grew up speaking French; there were younger others who were anti-French and thus supported the Việt Minh; many others later were captivated by communism; and still others who took the South Vietnamese government’s side embracing capitalism, working with and for the Americans.
I see the same division in my paternal family.

Growing up observing this thread of family stories I learn that the constant conflict of ideologies within a family is a normal thing. It is a Vietnamese way of brewing new values into their daily tea for survival purposes. Vietnamese history of the nineteenth and twentieth century is strewn with all the wars and conflicts that were imposed upon its people forcing them to fight for survival, except their voluntary involvement in Cambodia in 1977. In the twentieth century alone, in total wars and war-related causes took the lives of more than eight million Vietnamese.

…This history of Vietnamese deaths could be one way to explain why my life in Vietnam was like an inactive volcano of perturbation covered with equanimity on top, waiting to erupt. Under the surface are untold sorrow, unfathomable loss, unfulfilled promises, shattered dreams, unfinished business, broken contracts and so on. Peace does not seem enough to patch over the cataclysms. Borne out of bloodshed and bombing, Vietnamese people are obsessed about life as much as death. Racing with time, they have to catch up with both worlds. Hurry they live. Death they embrace. I often felt as if it was an existence where life and death embraced in a psychic dance to mock the living.

Throughout history, the unrelenting pressure to survive and the numbing tension to recover from ruins took over Vietnamese bodies, minds and souls. People rarely talked about anything else but survival. Most of the time the world around me as a child appeared as a cartoon in which the characters were mere shadows moving with pulled strings. In one scene, anchoring themselves in a survival mode, they hurriedly accepted what came their way; in another, they were nervously on the defense waiting for things to happen; in still another, they absorbed without questioning merely scurrying to find time to digest. Having been shadows for such a very long time, hundreds of years at least, they became shadowy sponges. Non-resistant absorbing became a tradition and we, most Vietnamese, lost our critical thinking.

There is no reason for me to get upset at the nun for calling my grandma ‘submissive’ for such a condemning remark is ‘just fine’ in our culture. Many among us seem to replenish ourselves in an addiction to unload our angst and abuses onto our own kind. The way a once abused person turns to become an abuser in a vicious circle of life. Like an animalistic instinct—the very variance of the survival instinct that turns us into victims and perpetrators of our own.

…“Grandma, why did you let my mom, uncle Tuấn and aunt Hương go far away for high school while local schools were just as adequate?” I asked. We were picking chayote in the garden. These thin-skinned beauties hanging above my head in the vines are as big as an adult’s hand. They love the cool weather of Đà Lạt so much they grow almost like weeds there. Their light green flesh bulges up and shines through. Fresh chayote, sliced paper thin you can see through when held up against the sun, stir-fried with only garlic and fish sauce, is good enough to bring back all the sweetest memories. Chayote cubed and simmered in a broth of carrot and fatty pork shoulder wins over the most difficult Vietnamese eaters. No Vietnamese I know can refuse this kind of slow-cooked soup. I folded my arm close to my side and began to stack the chayote lengthwise. The scent of freshness filled the air. Even the soil in grandma’s garden smelled fresh. Mixing all that into my mom-and-aunt Hương-and-uncle Tuấn’s-away-from-home high school journeys, I had an intoxicating cocktail.

“Don’t you remember the saying?” Grandma’s voice disrupted my daydreaming. “Travel broadens the mind. I also believe that one has a right to knowledge and a right to live their life as they wish. With knowledge and understanding people tend to be less mean and cruel. Life will be pleasant for us all.”

“During the war when aunt Hương, uncles Tuấn and Hùng were in jail for their antiwar activities, how often were you allowed to visit them?” I asked, thinking about how distraught and miserable she was, and how she could easily have become in such a situation a whining, helpless, depressed and neglected wife and mother. Then the lone journeys she made on the road from the furthest southern corner of the land, Côn Đảo island, up to the northern edge of South Vietnam in Quảng Trị province, bringing love to the children of war. “I was so worried then, my heart ached all the time,” grandma said. “But to be their faithful supporter is the best I could do. They were adults, made their own decisions in life and had to follow them through. I believed that their strength, the same one they used to pursue their ideals and passions, would help them triumph over their own ordeals to reach the destination of their choice, whatever it was. Around once a month, I am allowed to see them. It took weeks to move from one place to another.” Grandma’s face lifted and her eyes aimed at the dangling chayote right above us. Grabbing a big one by the bottom, she twisted it around its stem. After three rounds the stem began to thread away and readied to sever from the vine. One last gentle twist and the lime green beauty nestled coolly in grandma’s palm.

“And grandma, how come you never interfered in their love life? You never told them to date or not to date someone?” Grandma looked right into my eyes. Her lips slowly broke into a smile.

Survival is doing the best expecting the worst.

Inspiration is aiming for the best.

And so the stories of my grandma unfold.

Anvi Hoàng grew up in Vietnam and taught English as a Second Language for six years before coming to the U.S. for graduate studies. In 2015 she co-founded, and as Chief of Operations has since managed, the Vietnamese American Society for Creative Arts and Music (VASCAM). Why Do You Look at Me and See a Girl? (Guernica Editions) is her debut book. She lives in Bloomington, Indiana, with her husband, composer P.Q. Phan.

Why Do You Look at Me and See a Girl?