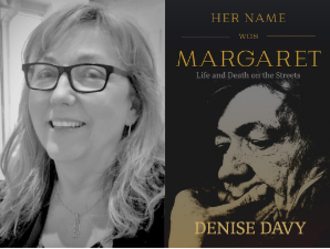 I grew up watching movies and TV shows portray journalists as something akin to packs of wild animals. Whenever a reporter appeared in a scene, they would be aggressively shoving microphones into someone’s face and yelling unbelievably insensitive questions at them. And that’s not just the old days. In recent shows, like House of Cards, reporter Zoe Barnes displays murky ethics on her way into journalism stardom.

At its best, Hollywood’s depiction of journalists is tough and hard edged and, at its worst, they’re unscrupulous jerks. In his book Hello Sweetheart, Get Me Rewrite: Remembering the Great Newspaper Wars, former Toronto Star reporter Val Sears wrote about some of the antics employed by the media during the Toronto newspaper wars, like when the Star hired an ambulance and hustled Marilyn Bell out of Lake Ontario from her record-breaking swim to a hotel suite in order to scoop the Telegram.

I read the book in 1986, shortly after I was hired at The Hamilton Spectator, and it made me ashamed to be a member of the media. Sadly, while it portrayed a period in journalism from many years earlier, I noted the same aggressive interview style in some reporters around me.

The city hall reporter had such an aggressive attitude that the Mayor eventually refused to talk to him. My social issues beat, on the other hand, took me into territory far from politician’s offices and required a whole different interview approach.

I sat with single moms who sobbed while telling me about not being able to feed their kids because of late support payments. I listened to victims of sexual assault talk about living in fear because the court system had failed them. I watched as a woman who had suffered burns to 80 percent of her body show me how she applied her makeup every morning.

One of my most challenging interviews was with a homeless woman named Margaret who had schizophrenia. Margaret had been on the streets for ten years when I met her at a shelter and had been attacked so many times that she was in constant defence mode. Staff warned me not to talk to her as she would likely smash me in the face with one of the shelters hard coffee mugs.

As I wrote in my book Her Name Was Margaret: Life and Death on the Streets (Wolsak and Wynn), I could tell by her sad, weathered face that she’d had a horrific life and had likely been the victim of violence many times over. My sense was that she wouldn’t hurt me unless I hurt her first. I took a chance and slowly approached her then introduced myself. It helped that I’d already talked to a staffer so I knew her name. All I asked of her was to tell me her story and Margaret opened up and talked for 45 minutes.

Before meeting Margaret, I’d had many years of practice interviewing people who had suffered traumas or were in vulnerable situations and I’d learned a different approach. I learned that dogged determination didn’t cut it when dealing with people who had been through a trauma and that it wasn’t about leaning in to get your story. It was about sitting back and patiently letting the person talk in order to understand what they’d experienced.

By the time I arrived on their doorstep, many trauma suffers had developed a deep mistrust of people in authority and I needed to break through that. Appearance and body language were important. For example, when I did interviews at shelters, I would purposely wear old clothes so as not to stand out and, whenever possible, I talked to people at eye level, and would sit beside them or crouch down.

My sense was that they already felt small enough without having some stranger towering over them. With politicians, it was important to maintain control of the interview but with trauma victims, it was the opposite. Control was something they'd lost in their lives, and so it was important to let them lead the way and talk without interruptions. It wasn’t about doing a quick interview and dashing back to the newsroom. It was about respecting what the person had experienced and doing everything possible to make them comfortable. Trust can be built in small actions, like offering to pick up a coffee or tea on the way, being courteous and using a gentle touch.

Before opening my notebook, I would tell them they didn’t have to answer a question if they felt uncomfortable. I got to know the person first before getting into the difficult part of their story and I never said “I understand” because I didn’t. When I agreed to not use their name, I let them choose a name to use in case the wrong one triggered them. Small things matter.

The goal was to tell their story as fully and as respectfully as possible and that meant going slow and possibly meeting with them more than once.

The most important advice I can offer though is about attitude. You can’t fake respect and your interview subject will know if you don’t respect them. I’ve never considered the CEO in the corner office to be better than the single mom on social assistance. Most CEOs are members of a privileged group who have faced far fewer obstacles in their climb than others have.

I’m more impressed with single moms who fight their way through every day trying to keep their children safe and healthy or the refugee who built a new life from nothing.

Many victims of trauma, like Margaret, have often lost everything in life and it’s important to recognize their vulnerability. If your goal is to get a good story, you have to show respect by taking the slower route. It’s what you would want if the roles were reversed.

Denise Davy is a nationally recognized award-winning journalist who specializes in writing about mental health, homelessness and gender issues. She worked at the Hamilton Spectator for 26 years and was twice honoured with the Journalist of the Year award by the Ontario Newspaper Association and is a recipient of a National Newspaper Award, several Ontario Newspaper Association awards and two awards from the Registered Nurses Association of Ontario. In 1993, the Canadian Association of Journalists awarded her for co-founding the National Women in the Media conference. She is the recipient of four national journalism fellowships, which allowed her to investigate child prostitution in Thailand, poverty in India and the crisis in children's mental health services in Canada. She is founder of Purses for Margaret, which provides toiletries to homeless women. She lives in Burlington, ON.

Her Name Was Margaret: Life and Death on the Streets is available from All Lit Up.