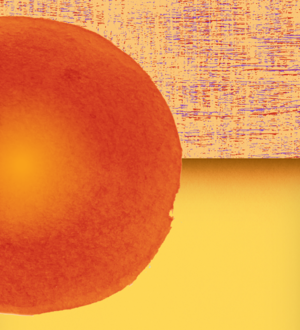 The coronavirus didn’t end the world, and I know that because I am driving to visit my parents at their home in the Rideau Lakes region of Ontario. It’s been nearly six-hundred days since I saw them last, and I’ve become a newly vaccinated road warrior because that’s what you do in a post-apocalyptic narrative.

My favourite post-apocalypse stories are road stories. Movies like Mad Max Fury Road, video games like The Last of Us, or Fallout 3—they deliver their social commentary, ethical thought experiments, and sorrowful nostalgia in the language of road trips. They are wasteland odysseys fuelled by the morbid curiosity of what happened to the rest of the world. The Last of Us takes you from Boston to Salt Lake City via Pittsburgh, each stop another opportunity to show you overgrown and flooded city infrastructure, frozen in 2013 when a pandemic of fungus zombies levelled society. When I played Fallout 3 for the first time, I made an avatar in my image and went sightseeing through the nuked corpse of Washington DC using a real-life map to find in-game locations like the Lincoln Memorial and the Capitol Building.

Of course, in making these trips and experiencing these stories, we have to acknowledge the 10-megaton glowing elephant in the room: post-apocalypse narratives aren’t really about what happens after the world ends. We don’t know how to tell stories that take place after the epilogue. They are really stories about survival, they are fantasies about freedom from social structure.

Navigating my digital self through collapsed subways and mutant-infested streets while trying to find a clear path to the White House, Fallout 3 plays oldies like Danny Kaye and the Andrews Sisters, complete with vinyl crackle. In addition to providing a tour of destroyed cities, the Fallout series is famous for its 1950s nostalgia. By evoking a time far in our own past, the game emotionally strings the player in between two fantasies: a cleaned up, idealized life that came before us, and a freer life that will come after social collapse. That’s the escapism of post-apocalyptic fiction. If only the world would end we’d be free to improve our lives.

My own road trip is punctuated by signs declaring the impossibility of entering New York state from the highway. I ask my phone to play “Five Years” by David Bowie, and a robot voice informs me that’s also impossible. Something about connectivity problems. Forced to scan the radio for tunes, I find a station broadcasting a klaxon alarm. It blares so loud, like a dial tone through a distortion pedal, I feel it in my teeth. I let it play until the unmistakable voice of a classic rock radio DJ interrupts.

“This is a test of the emergency broadcast system,” he says in the same cadence I imagine he uses to announce the next track in a thirty-minute no-ad rock ride. “In a real emergency, this alarm will be accompanied by further instructions.”

Nothing confirms survival like an alarm test. Time to prepare for what’s coming next. Time to reflect on what happened before. These are the tokens of survival.

Three weeks before I was born, Johnny Carson helped cancel the apocalypse. The Mayan longform calendar, as interpreted by New Age theorist José Argüelles, identified the middle of August 1987 as a window of harmonic convergence. The specifics of exactly what that meant for humanity was vague, as mystical pseudo-colonial cosmic events tend to be, but here’s the gist: the planets in our solar system were forming triangle patterns that would help facilitate the creation of a “field of trust,” enabling us to avoid annihilation, or contact extraterrestrial beings, or resurrect the Maya in the form of spectral feathered snakes. The predictions were hazy, but Argüelles claimed that something undeniably positive would happen if 144,000 people gathered in powerful places all round the world and meditated simultaneously. And people listened.

“There were even some predictions that the world would end on August 16th,” said Johnny Carson on his talk show. “And of course, it didn’t—until tonight.”

The studio audience laughed. I can’t tell, watching bootlegged videos of the broadcast on YouTube, how much relief is speckled in with the outbursts of amusement, but there must have been some.

“Well, we think we know what went wrong,” Carson explained, laying on the irony. “We counted all the people humming...we had a statistician run this down. We found out there were only 143,500 people humming. They were 500 people short.”

Thankfully for the human race, the Tonight Show audience was 500 strong. For the sake of comedy, Carson got the masses to chant the Om mantra. Between each soothing hum, he delivered a one-liner description of a miracle happening somewhere around the world, and while the whole thing was a comedy routine, he did, technically, satisfy the conditions of the harmonic convergence.

The world didn’t end as our planet danced through Argüelles’ window of cosmic change, but global peace wasn’t exactly achieved either. Three weeks after the world’s largest organized meditation event was bolstered by a live studio audience, I was born, and to me the world never stopped ending.

“I wasn’t sure having kids was responsible,” my mom says, sipping from her beer. I finally arrived at my parents’ place, and we took to the water. Now we are sitting at the stern of a boat tied to the municipal docks of a town near their home, while my dad pays for the slip. The sun is huge and yellow and soft behind the scorched atmosphere. Wildfires on North America’s West Coast reached us, activating my asthma, a chronic condition which I now sometimes worry is actually a symptom the deadly virus ravaging our population. “I just thought it would be cruel. Or that we’d all die before the year 2000.”

Mom’s told me this before. She wasn’t caught up in the harmonic convergence, though. Her ideas of mass doom are all firmly on the rational side of armageddon. Nuclear war, pollution—fears I have shared as we weathered a procession of doomsdays together. I remember on the eve of the Millennium debating if I should call my crush and confess my love before the Y2K bug deleted us. I remember in the winter of 2012 trying and failing to successfully pitch an ironic Mayan calendar apocalypse explainer to alt-weeklies. I remember the threat of atomic annihilation in January 2020, after the assassination of Qasem Soleimani via drone strike. And I remember the last day before the COVID lockdowns came to Halifax, at a friend’s house watching the Godzilla movie that introduces Minilla, Godzilla’s goofy son, when I received and SOS email from my dad, who was trapped with my mom on a cruise ship in the Pacific. Trying to arrange a rescue flight home from Fiji, as baby Godzilla killed giant mantises in the background, I wondered, Is this going to be my last pre-apocalyptic memory?

“How does it all make you feel?” Mom asks. “I wonder what you think about the future. Given all this.”

“I guess I had to stop worrying about it and just trust that we’ll adapt,” I say. “A lot of what we’re experiencing in terms of climate change are the consequences of actions made before I was born. It’s hard to make a five-year plan in these conditions.”

She thinks for a second and nods. “We all thought the world was dying. But maybe it’s already dead. Maybe it’s just taking a long time to end.”

“I don’t agree with that.” My partner Emma sits in the passenger seat now, pinching and tapping the map on her phone screen. We’re stuck in standstill traffic outside Quebec City, on our way home to Nova Scotia. While I was brooding with my mother, Emma was visiting with her own parents. “I don’t think the planet is going to die with us.”

Surrounded by other people in their vehicles, I am acutely aware of the carbon dioxide gas we’re all spewing into the atmosphere. I’m filled with a neoliberal guilt. Maybe we should have biked.

“Extinction isn’t the death of the planet. That’s human exceptionalism.”

The car in front of me swerves into the emergency vehicle lane to catch a glimpse of what’s causing this jam. It’s the third time they’ve tried to scope out the situation. Whatever slowed us down must be far away.

“I think you’re right,” I say. “I think we have trouble in general, as humans, separating ourselves from the planet. All the climate scientists use Venus as an example of what’s going to happen to us with a runaway greenhouse effect. But Venus is still around. It’s still a beautiful, functioning planet. We just can’t live there. We conflate the Earth’s destiny with our own, but it doesn’t depend on us.”

“Exactly,” says Emma. In the second wave of the pandemic, we streamed the BBC Earth series The Planets. Professor Brian Cox taught us about Venus’ ultra-thick atmosphere, and how Mars doesn’t have one because the sun licked it off. And he taught us that in five billion years, when the sun expands to a red giant, it might heat up the Saturnian moon Titan to the point where it could possibly support life just like Earth’s. Just like us, but all over again. Or maybe not. Either way, it will be impossible for us to care.

The real death of the world would look like something out of a Junji Ito manga. Not many authors are comfortable ending their stories with the nullification of humanity, but Ito does it all the time. Whether we’re twisted into oblivion by the spiral curse in Uzumaki, or strung up by the sentient blimps that look like our faces in “The Hanging Balloons,” our collective odds of surviving a Junji Ito story are slim. And then there’s Remina, a cosmic horror graphic novel that sees Earth devoured by a planet-sized abomination, leaving readers with the final image of an abyss where we would otherwise see our pale blue dot.

That pale blue dot is still here, though, and I’m on it, merging across three lanes of bumper to bumper auto congestion trying to get to my exit. Traffic is proof that we survived.

“I guess there wasn’t an accident,” says Emma, checking her phone. “The slowdown icon just looked like a collision icon.”

Turns out we did this to ourselves. 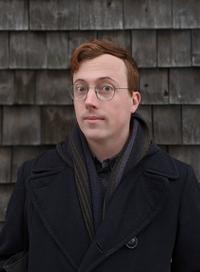 Peter Counter is a writer exploring ideas of faith, violence, horror, identity and memory though criticism, creative nonfiction, and playwriting. Be Scared of Everything is his first book of essays. He lives in Halifax, Nova Scotia, with his partner, their grumpy cat, an old rabbit, and his family Ouija board. Find more of his writing at  EverythingIsScary.com.

July 11, 2019
Before We Lost the Lake: The Untold Story of the Sumas Lake and the Sema:th