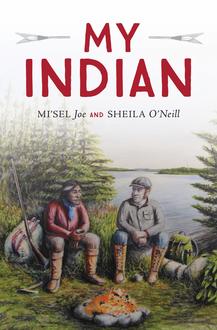 In 1822, William Epps Cormack sought the expertise of Sylvester Joe, a Mi'kmaw guide who led him across Newfoundland in search of the last remaining Beothuk camps on the island and whom he referred to only as "My Indian" in his journals. Now, Chief Mi’sel Joe and Sheila O’Neill reclaim Sylvester Joe's identity in  My Indian (Breakwater Books), historical fiction for young adults that counters the accepted narrative written by settlers and invites readers to reimagine the story from an Indigenous perspective. Below, we talk with Chief Mi’sel Joe and Sheila O’Neill about the book, oral history, and Indigenous content in schools.

All Lit Up: Your book My Indian tells the story of Sylvester Joe, the Mi’kmaw guide that led William Epps Cormack across Newfoundland in search of the last remaining Beothuk camps on the island in 1822. Can you give us a bit of background on who Sylvester Joe was? Why did you choose to write a story about him in particular?

Chief Mi’sel Joe and Sheila O’Neill: Sylvester Joe was a Mi’kmaw explorer and hunter from the southwest coast of Newfoundland. His personal and traditional knowledge of the interior of the Newfoundland interior allowed him to guide William Cormack in 1822. In 2008, Sylvester Joe was recognized by the Government of Canada as A Person of National Historic Significance as being the first in a long line of Newfoundland Mi’kmaw hunters who were employed by geologists, surveyors and sportsmen during the 19th and early 20th centuries.

But we chose to write about Sylvester Joe because of his place in Mi’kmaw oral history; the story we wrote combines the oral history with the version of the expedition written by Cormack in his journal, A Journey Across Newfoundland in 1822. Up until now, the only account of that expedition was in Cormack’s journal, and was told only from his perspective. We wanted to introduce another perspective, and we wanted to give readers pause for thought that maybe there is more than one perspective, and to place value on the perspective and position of oral history.

We also wanted to change the narrative on the relationship between the Beothuk and the Mi’kmaq here in Newfoundland. The grade five history textbook used for years in this province stated that the Mi’kmaq were brought over from Nova Scotia by the French, to kill off all of the Beothuk. This is now known as the mercenary myth, yet many people still believe it to this day. Mi’kmaw oral history—and now current DNA research—shows that there was a different relationship between the two groups, and that for a time they did have a harmonious existence.

ALU: What age is this book intended for? What went into your decision to write this story for a younger audience?

ALU: What would you like readers to take away/learn from this book?

CMJ & SO: We would like readers to learn about colonial history, and how what was taught in the schools differs from our oral history. This is a journey we can all take together: to learn about Mi’kmaw oral history and the connection our people have to the Beothuk people.

ALU: Are there other prominent Indigenous historical figures you would love to personally write about?

CMJ & SO: They may not be prominent in the eyes of the world or this province, but we would like to write more of the oral stories of our own people. For example, there is a story about a man and his two sons from Miawpukek who went on a trapping venture, and they never returned to the community. When the community went looking for them, their birch bark wigwam was fully stocked with food and it looked like they had just been gone for a couple of hours, but it was actually months. The bears never touched their food in the camp. No wild animals went into the wigwam. Nothing was ever touched.

Their bodies were found months later along the riverbank, and their canoe had a gunshot hole that was made from the inside, not the outside. Maybe they drowned. Or maybe they were attacked; the speculation is that they were shot at from above. Was it a freak accident…or were they attacked? And why was the food in their wigwam not touched by any animals? It would be an interesting story to tell.

ALU: Can you tell us about any projects you’re working on now?

CMJ & SO: We are currently working on the sequel to My Indian, which answers the question about what happened to Sylvester between 1822, when he parted ways with Cormack, and 1828, when Cormack asked Sylvester to guide him to Red Indian Lake to look for Beothuk remains. And of course, Sylvester refused.

ALU: Are there any other thoughts you would like to leave our readers with?

CMJ & SO: We invite all readers to take a journey with us through an Indigenous Mi’kmaw lens. Learn about our past, our present, and our future. 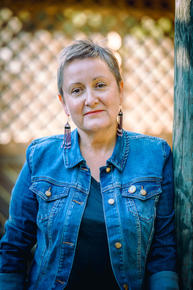 Sheila O’Neill, B.A., B.Ed., is from Kippens, NL, and is a member of Qalipu Mi’kmaq First Nation. Sheila is a Drum Carrier and carries many teachings passed down by respected Elders. As a founding member and past president of the Newfoundland Aboriginal Women’s Network (NAWN), she has been part of a grassroots movement of empowerment of Indigenous women within the island portion of Newfoundland and Labrador. She lives in St. John’s. 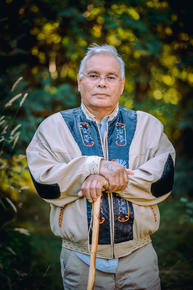 Saqamaw Mi’sel Joe, LL. D, CM, is the author of Muinji’j Becomes a Man and An Aboriginal Chief’s Journey. He has been the District Traditional Chief of Miawpukek First Nation since 1983, appointed by the late Grand Chief Donald Marshall. Mi’sel Joe is considered the Spiritual Chief of the Mi’kmaq of Newfoundland and Labrador.

October 26, 2019
On Land and Writing: Interview with Douglas Walbourne-Gough