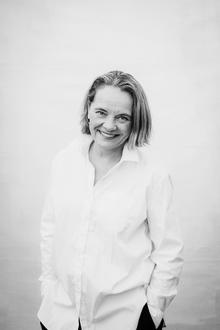 As a teenager Margaret Nowaczyk immigrated to Canada with her family from Communist Poland, determined to fit into a new culture and equally determined to become a doctor. Making her way through medical school at the University of Toronto, Margaret worked her way to becoming a clinical geneticist. In her memoir,  Chasing Zebras: A Memoir of Genetics, Mental Health and Writing (Wolsak & Wynn) she tells a story of growth, tragedy, and triumph, from leaving Poland, to dealing with the demands of medical school, to living with a mental illness.

Below, Margaret tells us about finding her way to an MFA program and why writing makes her a better physician.

All Lit Up: Your memoir Chasing Zebras: A Memoir of Genetics, Mental Health and Writing recounts your immigration to Canada from Poland as a child, your journey through medical school, and living with mental illness. Can you tell us a little more about your book and what it was like writing something so personal?

Margaret Nowaczyk: Chasing Zebras begins with an eye-opening moment in my life when I suddenly realize how isolated and alone I have been in dealing with the stresses of my profession, how ill-suited my coping mechanisms had been. That experience also dates my birth as a writer—shortly after, I enrolled in creative writing courses, published my first story, was accepted into an MFA. The memoir traces my career from a teenager struggling to find my feet in a new country, through medical training and early academic career interrupted by an, at first, astonishing then quickly accepted psychiatric diagnosis. The latter part of the book follows my journey of putting things together into a coherent whole, of which writing the memoir was an integral part.

I am a bit of an exhibitionist, so writing about my experiences, about my life felt natural. I had previously published a guide to genealogy where I used stories from my own family history and research as examples. There, the guiding idea was to honour, to commemorate my peasant ancestors who have not left any monuments or palaces. In writing Chasing Zebras, I hoped that sharing my experiences—many traumatic, some demoralizing—would help medical students and residents and young physicians deal with the emotional burdens of being a physician in general and a clinical geneticist in particular. I also wanted to validate my own feelings and to show the general public that physicians, no matter how seemingly accomplished or lucky or privileged, are not impermeable to sorrow and trauma. And that the more we embrace the human aspects of being physicians, the better we will be at our jobs. 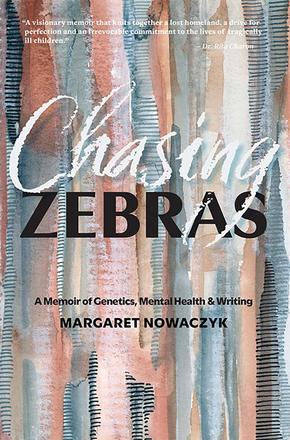 ALU: Did you learn anything surprising about yourself while writing your memoir?

MN: Writing Chasing Zebras was a long and gut-wrenching yet illuminating process. Many issues and topics that are presented therein have been but half-formed inklings when I began writing, mainly about my perfectionism and type A personality. Not to give away anything, meetings with a mother with one of my patients—a keynote character in my memoir—took place over several years of growth and re-examining old truths. So yes, I learned a lot and changed significantly during and as a result of writing the memoir, a change that I cherish.

ALU: Tell us a little about your work as a clinical geneticist. How does your work as a medical professional inform your writing as an essayist and short story writer?

MN: As a clinical geneticist, I see patients across the entire spectrum of age: from barely formed fetuses, through newborns and infants and toddlers, through adolescence and adulthood to senescence. I advise parents about prenatal tests results, explain the meaning of genetic test results to patients, and—not infrequently—have to give terrible, life-altering and life-shortening diagnoses. And while the science, constantly evolving in my field, is fascinating, the effects of genetic conditions on patients and their families cannot be underestimated—in a moment, their entire lives change. And I, and genetic counsellors, usher that new life, a difficult, often heartbreaking experience.

So I write fiction where genes are malevolent imps not giving a shit about the havoc they wreak on people’s lives, where creatures from Polish folk tales explain complex genetic concepts, where people with genetic conditions consider their effects on their lives. I write what I want to read, about genetics and its emotional fallout. Interestingly, other than my memoir, I have not written any non-fiction about genetic diseases and practice—something to ponder.

ALU: How did you come to writing? Where did your passion begin?

MN: As a child, I never wanted to be a writer—it was inconceivable, simply unattainable. Writers existed in an alternate sphere to which we mere mortals could not aspire. Even in my native tongue, I wasn’t good at writing essays in high school and when I came to Canada I was functionally illiterate in all but the most basic mathematical and scientific concepts. Far be it for me to try to write an essay, let alone anything literary. But one day I found myself wishing that I could convey my vision of the world to others—my experiences, my dreams, my thoughts and desires—through words. That was thirty years ago.

For a while, my writing desire was sublimated into writing and publishing scientific and clinical papers. I didn’t give literary writing any thought as I advanced in my career and raised two sons. But as my clinical work gnawed at me more and more, I turned to writing to alleviate the stress and, with the help of narrative medicine, I began to make sense of my experiences in the medical world. I wrote short fiction drawing on what had happened to me in the clinics and the hospital; my stories began to get published. I enrolled in an MFA program where my memoir started as an assignment in a CNF with Wayne Grady who, as well as my classmates, said that it was harrowing and complex and enough for a book-length work. And here we are.

ALU: Who are your literary influences and heroes?

MN: Margaret Atwood for not suffering fools gladly and not backing down, in addition to her amazing novels not to mention poems. George Saunders for his kindness and empathy for humanity’s foibles and failings. Olga Tokarczuk for her Benedictine work in writing The Books of Jacob and for standing up the Polish right-wing fanatics who would have her books burned. Wisława Szymborska for her wit and the use of science in her poetry in addition to many other marvellous linguistic and syntactic tricks.

MN: Ćwiartka Wisławy Szymborskiej (A Quarter of Wisława Szymborska, translation mine), a selection of her tongue-in-cheek reviews of various books which appeared as short columns in Polish press over forty years, the books in question being as various as bird atlases, self-help manuals, an occasional terrible novel, and new translations of classics. Those of you who love the wry humour and irony of her poetry may appreciate her prose from Clara Cavanagh’s excellent translation of How to Start Writing (and When to Stop): Advice for Writers. I am also reading A Love of a Good Woman for my Munro book club that began at the beginning of the pandemic. We have been making our way backwards through her oeuvre a story a week and I am slowly beginning to appreciate Munro’s writing and what a revolutionary she was (the realization and appreciation has been slow coming for some reason but I persevere).

Born in Poland, Margaret Nowaczyk is a pediatric clinical geneticist and a professor at McMaster University and DeGroote School of Medicine. Her short stories and essays have appeared in Canadian, Polish and American literary magazines and anthologies. She lives in Hamilton, ON, with her husband and two sons.