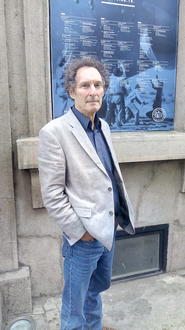 Linda Leith Publishing sits down with author David Homel to discuss his new memoir Lunging into the Underbrush: A Life Lived Backward, and how a catastrophic accident and the story of his own life brought him to the discovery of aging backwards and facing his vulnerabilities. 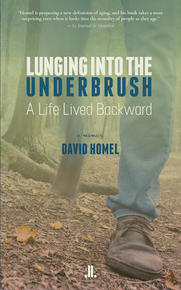 Linda Leith Publishing: As a teller of other people's stories, what prompted you to write about yourself?

David Homel: Until recently, I didn’t know what this story had to do with me. A catastrophic accident that almost left me for dead and changed my life, yet it was still a mystery. Then one day at the gym I suddenly understood my own story. I was aging backward.

LLP: Is it ironic that a Vietnam war draft resister would end up in an American hospital in Europe? Weren't you escaping the USA?

DH: I had no awareness of the irony at the time. I was a young man unburdened by self-awareness. It was one of my good friends, a Serbian psychiatrist, himself a refugee from the Bosnian wars, who pointed this out to me. He called me a casualty of my un-War. This helped me put the historical pieces together. He was well placed to see such ironies.

LLP: Would you be in Canada today if you hadn't had that accident all those years ago?

DH: To quote my friend Dany Laferrière: I would have left Haiti even if the dictatorship hadn’t wanted to kill me. As I kid, I was spoiling to get out of my house, my neighbourhood, and be someone else. The need to escape the Vietnam draft gave me the excuse to not only hit the road, but leave the country. Those of us who left for political reasons were probably going to leave anyway. It’s in the blood. I was lucky. I came to what has been a very good place for me.

LLP: You are very candid about your flaws and vulnerabilities. Was that a difficult process?

DH: One of the things about writing a memoir is that you can finally face your many inadequacies and weaknesses, which are many. More than once I wrote that I have tried to be indulgent to the young man I was. Sometimes I failed. We have to be kind and forgiving to our past selves. I didn’t go to a dark place to find those feelings, I live with them every day. They are my fuel for writing. Is it too late to do better? Obviously, it is not too late.

LLP: You write movingly about friendship. How have friends made you who you are?

DH: This is a book of gratitude wherein I thank my friends. I have had the friends I deserve. That is, those with whom I have strived to keep up a friendship. Harder these days with the pandemic. The other day I went walking with a friend at minus 25 wind chill. We lasted an hour and 15 minutes, and we were proud of each other. A friend is someone with whom you’re able to find new paths, where light bulbs get lit. Friendship isn’t a form of therapy, leave that to the specialists, but we should not think twice about flying across the country to see a friend in need, as I did last October. Worth every minute in the airplane, breathing through a nasty paper mask.

LLP: You write about the libido saying "where melancholy stalks us first is in the bedroom."

DH: We can’t talk about getting older without wondering where we are going as lovers. I am trying to deal with the whole business about older people retaining their sexual selves. I wondered whether there was a way to continue loving and being loved, romantically, physically, emotionally, as time goes by. Is such a thing even possible? I looked at my body and wondered whether I still wanted it, was proud of it, whether someone else would want me. This was the most perilous part of the book to write.

LLP: Should we be "relinquishing our sexual selves" after a certain age?

DH: I might be living in a fool’s paradise, but I am not ready to relinquish the sexual self. That is the same as saying that I am not ready to die. For those of us who wish to remain whole human beings, what do we do? I have a few ideas. I surprised myself by being an optimist.

LLP: How old is the ideal reader of this book?

DH: Because this book begins as an account of resistance to authority and being woke, younger people could read it to see resistance at an earlier time and in another place. I was no hero, I make that quite clear, but we were dealing with big questions in the Vietnam days. Those times of extreme violence made me who I am and propelled this book into existence. At the same time, older readers will come face to face with the issues I explore, if not now, then soon. It is a book for everyone made of human flesh. 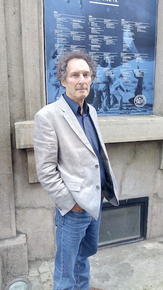 David Homel was born in Chicago in 1952 and left in 1970 for Paris, living in Europe the next few years on odd jobs and odder couches. He has published eight novels, from Electrical Storms in 1988 to The Teardown, which won the Paragraph Hugh MacLennan Prize for Fiction in 2019. He has also written young adult fiction with Marie-Louise Gay, directed documentary films, worked in TV production, been a literary translator, journalist, and creative writing teacher. Lunging into the Underbrush is his first book of non-fiction. He lives in Montreal. 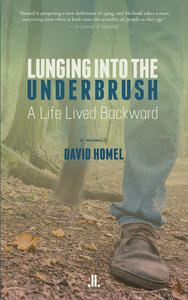 Lunging into the Underbrush

July 4, 2018
Under the Cover: The More is more - Ronna Bloom and Beth Follett in Conversation

September 27, 2017
Under the Cover: Searching for Petronius Totem and, What about the robot chickens?