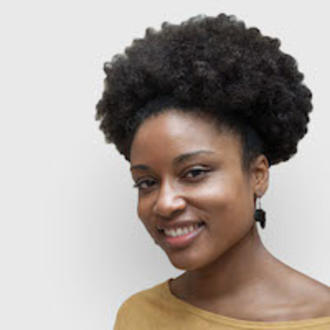 Former poet laureate of Halifax Shauntay Grant sits down with All Lit Up for a discussion on her play The Bridge (Playwrights Canada Press). Growing up in a Baptist Church community, Grant says music was bound to have an influence on her writing—one that can be seen clearly in her latest with parallels between the use of traditional gospels to create their own musical bridges to connect scenes in addition to the contextual ones within the play as two brothers try to find their way back to one another after being torn apart by years of secrecy and betrayal.

All Lit Up: The Bridge gives us an in depth look at the differences between two brothers and how it affects their family and community – what made you want to write about this topic? What was it like writing such strained relationships, where people are keeping secrets from each other?

Shauntay Grant: The two primary inspirations for this play are “The Song Of Solomon” (King James Version), and an old gospel-blues cover of “John The Revelator” by Edward James “Son House” Jr. The opening verse of “John The Revelator” paints an image of Adam in the Garden of Eden refusing to answer a call from God out of shame around his actions. I was really struck by this story of how our actions and choices create chasms – deep, impassable gorges—in our relationships. And it got me thinking more about how we become comfortable with these divisions, or try to mend them by creating bridges. Two characters emerged from that reflection around the song, and also its singer—Son House himself had both admonished and embraced secular music at various points in his life. And from these two sides of him—the Baptist preacher, and the guitar-playing blues man—emerged the two main characters in my play.

From there it was just a matter of creating conflict between the brothers—that’s where “The Song Of Solomon” comes in. I imagined it to be a conversation between one of the brothers (the preacher) and his lover (the blues man’s wife). I became really interested in the possibilities for narrative tension that grew out of this exercise, so I just went with it. And with that kind of drama and strained relationships there are always secrets—it’s a given. And it was really interesting to just put myself in the world and mind of the characters to try to understand what drew them away from each other, and equally to consider what it would take to build a bridge of reconciliation between them. 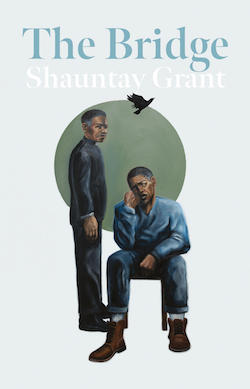 ALU: The Bible and gospel are big parts of the play, you’ve spoken about how a lot of the music is from your childhood – could you tell us a bit about your connection to the music, and how you wrote it into the script?

SG: I grew up in a Baptist church community, singing in church choirs throughout my childhood, and even directing and composing for a couple community gospel choirs as an adult. Given the inspirations for this play (“John The Revelator,” “The Song Of Solomon”), I knew traditional gospel music would end up playing a role. The old spirituals act as musical bridges throughout the play—they’re used to transition from one scene to the next, to create moments of connection between characters, and even to encourage reconciliation and healing between them.

ALU: Though the central story is about one family, there is also a trio of gossips who give more context to the community – could you tell us more about the role they play?

SG: The “choristers” are a group of community members who move through the play observing and commenting on the history and present circumstance of the community and its characters. Similar to the role of a “Greek chorus,” they sometimes comment as a unified voice on the action of the play. But they also have their own unique personalities, interests, and quirks.

ALU: You are experienced in many kinds of writing – for example as a previous poet laureate of Halifax and current professor of creative writing – how have these styles informed your playwriting? What are the main differences you’ve noticed?

SG: Poetry is the foundation for pretty much all of my writing. It’s my first love as far as writing. It’s the reason my plays read like poems at times, why my picture books are essentially poems adapted for a child audience. Poetry for me is just dripping with music, metaphor, magic…it’s such a great place to write from.

Have you found creative motivation during this pandemic? If so, what have you been working on?

SG: Absolutely. I’ve been writing pictures books and plays primarily. On the theatre side, my monodrama Beyere was commissioned for Obsidian Theatre’s 21 Black Futures Project, which is currently available on CBC Gem. My short script KK was commissioned last summer for Boca Del Lupo’s Red Phone Project. More recently, a scene-play I wrote called Passing was featured as part of Eastern Front Theatre’s Micro Digitals Creation Project. And I’ve also been developing a couple one-person plays in collaboration with musicians.

ALU: Could you recommend any other books that readers of your work might enjoy?

ALU: My writing roots are in poetry. And before I even started writing plays, a local poet (who also happens to be a playwright) gifted me a copy of Ntozake Shange’s For Colored Girls Who Have Considered Suicide / When The Rainbow Is Enuf, adding “This is the first thing I ever read that made sense.” With For Colored Girls, Shange developed choreopoetry—a form of dramatic expression that combines poetry, dance, music, and song. That work really encouraged me to consider the possibilities for poetry in theatre—it wasn’t just a poem or a play, it was both happening at the same time. And similarly, every play I write has to feel like poetry. Whether it’s adapting the poetry of the Old Testament as dialogue. Or incorporating the poetry of song lyrics and old spirituals. Or prioritizing metaphor, symbolism, and other poetic devices in the words spoken between characters. 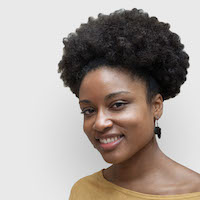 Shauntay Grant is a Canadian playwright, poet, performance artist, and children's author. She is an associate professor of creative writing at Dalhousie University, and former poet laureate for the City of Halifax. Her work examines African Nova Scotian and African diasporic history and folk culture, as well as contemporary approaches to literature and performance. Grant’s other honours include a Joseph S. Stauffer Prize from the Canada Council for the Arts, a Robert Merritt Award from Theatre Nova Scotia, a Best Atlantic Published Book Prize from the Atlantic Book Awards, a Poet of Honour prize from the Canadian Festival of Spoken Word, and a Marilyn Baillie Picture Book Award from the Canadian Children's Book Centre for Africville (Groundwood Books).