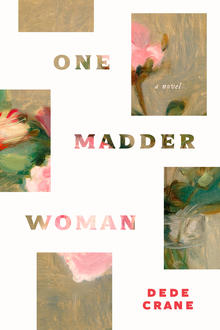 If your bookshelf is heavy on novels inspired by famous pieces of art, notably the much-loved Girl with a Pearl Earring by Tracy Chevalier, we humbly present its perfect follow-up: Dede Crane's  One Madder Woman (Freehand Books) paints a fictional portrait of the life of Berthe Morisot, the only female painter in the circle of French Impressionists.

Many of us love the stories behind the story. The much-loved book Girl with a Pearl Earring (and the film adaptation of the same name) reimagines the history behind Dutch painter Johannes Vermeer’s famous painting of a young girl looking over her left shoulder, wearing (what else?) a pearl earring. Author Tracy Chevalier used some of the known historical facts as a basis, and then felt free to use her imagination to connect the dots to create a dazzling and memorable story of how the painting could have come to be.

Dede Crane employs a similar technique in her new novel One Madder Woman. She sets out to tell the story of Berthe Morisot, a painter living in Paris in the nineteenth century. It was a time of great societal and cultural upheaval, with political revolutions in the streets and the advent of a new style of art called Impressionism—an artistic movement that was heavily criticized at the time. (“These madmen and one madder woman paint as if suffering seizures!”) Morisot was the sole woman in the original group of artists who came to be called the Impressionists.

In One Madder Woman, Crane paints a vivid, dazzling portrait of Berthe’s life, trying to carve out a place for herself as both a woman and an artist. Many of Morisot’s paintings appear in the book as Crane imagines the circumstances that lead to their creation. For example, the book depicts the painting of The Cradle, of Berthe’s sister Edma with her child—a painting that was seen as shocking and improper at the time for depicting the ordinariness of daily domestic life, rather than the elevated subjects that were viewed as acceptable for art. 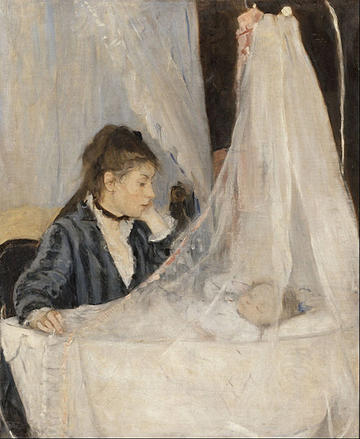 Berthe Morisot enjoyed a close friendship with fellow artist Édouard Manet, and she became one of his most frequent models, posing for portraits such as Berthe Morisot with a Bouquet of Violets. Some scholars have suggested that the two were lovers, even though Manet was married and Morisot herself later married Édouard’s brother. 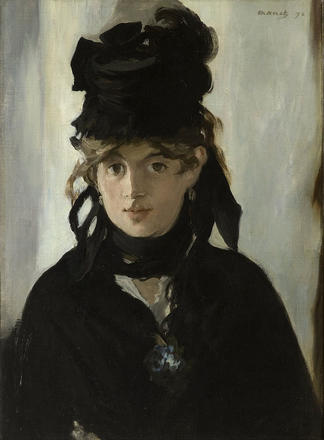 Berthe Morisot with a Bouquet of Violets

While there’s no way to know for sure, One Madder Woman portrays the fascinating story of a passionate affair between the two artists, and imagines the backstory behind some of Manet’s most famous (and frankly somewhat puzzling) paintings, such as Le Balcon. 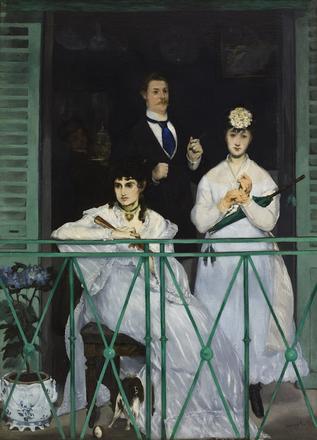 Just about every major Impressionist makes an appearance, adding a fun guessing game to see who will pop up next. For example, Degas is Berthe’s sarcastic confident and genuinely good friend, while Renoir appears at a raucous evening in Montmartre.

If you enjoy books about real-life artists and their masterpieces like Girl with a Pearl Earring, or like finding out the stories behind the story, you should dive in to the vibrant, colourful world of One Madder Woman. It’s a rich world that provides a perfect escape in these days when we’re all sticking close to home.

Thanks to Kelsey Attard at Freehand Books for providing us a follow-up read to Girl with a Pearl Earring. One Madder Woman is available for purchase on All Lit Up. 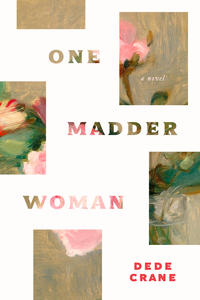