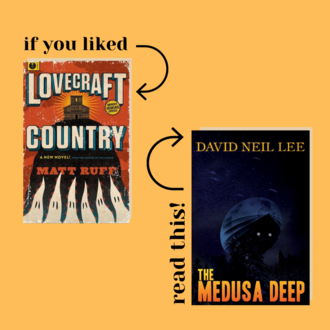 David Neil Lee's The Medusa Deep is Matt Ruff’s Lovecraft Country for the smart teen. The Medusa Deep wonderfully takes the horror of Lovecraft, combines it with historical fiction, and produces a thrilling battle for Earth and humankind. With the return of Nate Silva, we are transported from the streets of Hamilton to the forests of British Columbia. When Nate is kidnapped by the crew of Sorcerer the airship which he so desperately sought after in The Midnight Games (the prequel to The Medusa Deep), Nate resumes his battle against the Great Old Ones. As Nate learns of his grandfather’s own encounters with the interstellar horrors, he crosses paths once again with the iconic H.P. Lovecraft who helps him track down his grandfather in person, and together they use their knowledge of the Great Old Ones to help try to destroy what crawls its way out of the depths of the ocean. 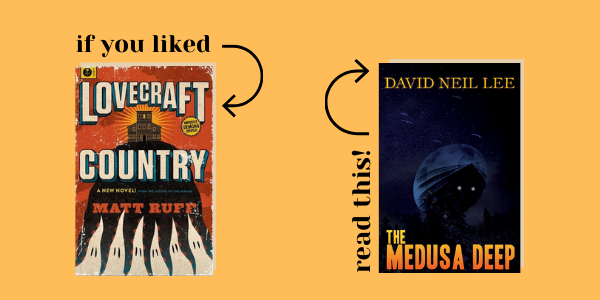 Lovecraft Country is a dark, wondrous work of imagination that melds together historical fiction and Lovecraftian horror and fantasy which is where it overlaps with The Medusa Deep. This YA novel is your teen-friendly Lovecraftian adventure with deception, monsters, and the common fight for life. Readers will be enthralled with Nate and his adventures around the hole in the ocean called The Medusa Deep. Both stories embody a blend of magic, hope, and belief in the unknown that stretches through time and space. Unlike a true Lovecraftian novel, the main darkness that The Medusa Deep explores is through travelling between universes. Readers are left on the edge of their seat as the fate of Nate, and the fate of humanity for that matter, hang on the balance of a 1940s blimp, its misfit crew, and the hope that there is something better on the other side.

Thanks to Brianna Wodabek at Wolsak and Wynn for sharing the connections between these two books. For more literary comparisons,  click here.