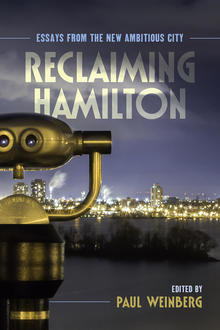 Hamilton, Ontario has been having something of a moment: a mid-size city that combines natural beauty with thriving industry, Hamilton's recent growth is no surprise. In Reclaiming Hamilton: Essays from the New Ambitious City (Wolsak and Wynn), veteran journalist and Hamiltonian Paul Weinberg collects stories about the city's lost neighbourhoods, environmental and gentrification battles, the rise of the James Street North Art Crawl, and more. Below, Weinberg asks some of the contributors of the collection about their thoughts on Hamilton and why they are compelled to write about the city.

Paul Weinberg: What good things can you say about Hamilton and what needs to be fixed? What we love and hate about Hamilton. What compels you to write about the city.

Seema Narula: Good things about Hamilton: its community and activism. What needs to be fixed: City Council and archaic bureaucratic institutions that are in need of a complete overhaul. What we love and hate about Hamilton: we love its nature, architecture, its grit and spirit. We hate its lack of leadership and backward thinking when it comes to urban renewal, downtown living, defunding the police, LRT, Pride, and poverty.

Jessica Rose: With its juxtaposition of smokestacks and green space, Hamilton is a favoured subject for many local writers who know there is so much more to our beautiful, complex, gritty city. In the past 10-15 years, we've seen Hamilton rejuvenated, reclaimed, and revitalized (in some ways), but with that, our best-kept secrets as a city have become public knowledge, sending condo developers and other opportunistic transplants our way. As the artists and workers who make our city so special continue to be displaced, especially during the COVID-19 pandemic, I hope that important conversations about gentrification and creating more people-friendly cities — conversations that are present in Reclaiming Hamilton — will continue to inspire us all to think deeply about the future of our city.

Margaret Shkimba: The natural environment is unique in southern Ontario, spectacularly so. Situated on a Great Lake with a natural harbour, the escarpment that cuts through Hamilton connects us to Niagara Falls to the east and up north to Tobermory along the Bruce Trail. The escarpment presents challenges as well as opportunities; the challenge of physically moving up and down the “Mountain” and the opportunity to create an identity of Hamilton beyond the steel mills and heavy industry on the waterfront. Hamilton hasn’t really capitalized on this opportunity fully because our city council is entrenched in ward rivalries, a legacy of amalgamation and the lingering ill will of a forced marriage between reluctant partners. The fix lies in new ideas at city hall, new energy to spark the imagination of those disillusioned or otherwise outside the political process to get involved and at least vote. That, along with electoral reform bringing in term limits and reimagining representation beyond ward interests.

Hamilton can be so much more than the competition between wards. In the case of Hamilton city politics, competition doesn’t breed excellence and innovation, it breeds paralysis and inaction. We need more people talking about what a better Hamilton can look like and what it might take to get us there. 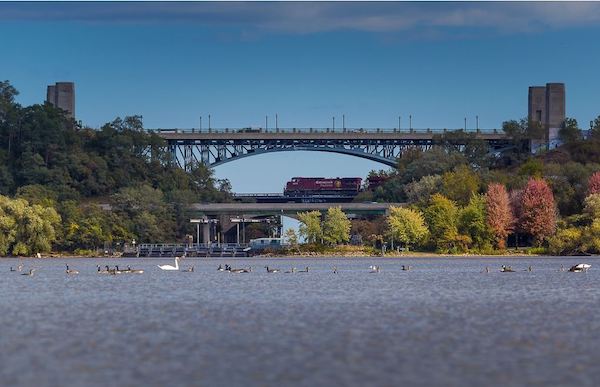 Shawn Selway: What good things can you say about Hamilton? Personally, I'm enamoured of the music scene. There was huge range, pre-covid. We could go to a Hammer Baroque concert in a church on Locke Street on a Saturday afternoon and a rap album release at Sous Bas or This Ain't Hollywood that night. Tiring but so pleasurable with such a wild mix of people!

What needs to be fixed? While we’re still pretty egalitarian and convivial, the reciprocal class resentments are sharpening up a bit. The political class needs to accept responsibility for things other than boosting assessment and keeping taxes in check. All that the latter has got us is a big deficit and no adequate housing program, no trees, no built heritage conservation, no civic museum.

What do you love and hate about Hamilton? Hamilton is the capital of unrealized potential. For people who live in the lower city, the natural setting is wonderful. You can ride your bike from the waterfront to an escarpment trail in twenty minutes or half an hour. But the shore has been damaged and needs to be selectively repaired in order to extend a green belt across the city parallel to the escarpment. Likewise the remnants of our industry, whose builders did the damage, needs to be brought back into consideration and some of it placed in preservation. Nobody else has these natural features or this accumulation of industrial history, but we are not doing much with them. We are not consolidating our identity and therefore are not likely going to be able to make Hamiltonians out of newcomers, which is too bad. I love the potential, hate the waste of opportunities.

What compels you to write about Hamilton? The immemorial tradition of bar stool prophecy here as elsewhere. Most of the old taverns are gone, but now there's Raise the Hammer and other social media locales. They’re less forgiving than the taverns though...

Paul Weinberg: My colleagues have mentioned the closeness to nature, the lake and the music scene. We have four independent book shops here which is remarkable. But having lived in a larger city much of my life, the mid-sized nature of Hamilton is a bit of a relief. I love the big city small town feel of the place.

What rankles for a non-car driver like myself living in the lower city is the inadequate public transit.  It is okay if you have to travel east or west but the wait for the next bus can be long and arduous if you are headed north or south.

Hamilton has a fascinating historical past that very much explains the good and bad aspects of the place today. In the later, there is the social classism, the racism and the environmental pollution. That is what compels me to write about the city.

Thanks to Paul Weinberg and the contributors of Reclaiming Hamilton for their reflections, and to Noelle at Wolsak and Wynn for making the connection.

February 9, 2021
First Fiction Friday: Through the Sad Wood Our Corpses Will Hang