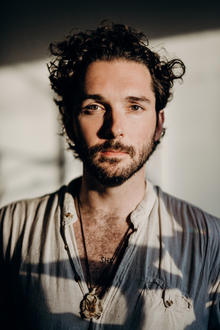 We electronically chatted with poet and writer Brad Casey, author of the recently published short story collection The Handsome Man (Book*hug Press), about the most surprising thing about being a writer, why now's the time to brush up on political solidarity, Ma Anand Sheela from Wild Wild Country, and more.

All Lit Up: What’s the most surprising thing about being a writer?

Brad Casey: I used to run an independent literary magazine. I was visiting Montreal and asked then Metatron heads Ashley Obscura and Guillaume Morissette to meet and talk about independent publishing. They said, during that meeting, that their philosophy was “all ships rise with the high tide,” which I found to be refreshing and is a philosophy I’ve taken on myself in the world of writing. Because what I find most surprising about writing is that writers can be so competitive, a trait I find incredibly off-putting. I understand why writers might be competitive: Because of supply and demand issues there are thousands of writers and only a handful of publishing houses so in order to be a recognized writer you may feel you need to step over, belittle or push aside other writers. But it doesn’t have to be that way. As far as I’m concerned we write to share ideas and document the lives and concerns of ourselves and others. Wouldn’t you want to find unity in a community of writers? We can create communities, create opportunities for each other ⁠— we don’t need the system in place, we can create our own systems. We can succeed and bring our friends and communities along for the ride.

BC: I have always been quiet and shy ⁠— when I was a kid I was painfully so. The only way I could express myself properly was through art. It was the only place I could communicate without judgment. I wanted to be a painter when I was very young, it seemed like the ideal pursuit. I had a teacher, though, who discouraged me from painting early on. I’m sure she didn’t realize she was discouraging me but I was incredibly sensitive and took her negative feedback so deeply. My third grade teacher, though, Mrs. Dawson, was very encouraging of my writing. So that was the medium I gravitated toward to best express myself. Making a living through writing, to me, seems impossible as it’s on a personal level not a commercial enterprise. I write for myself but I also write work with the intention of commodification mostly as a means to stay in conversation with others who care about the dumb things I care about (like art and writing and ideas). 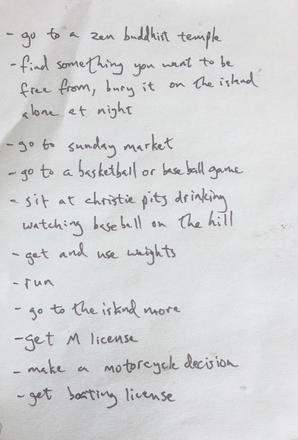 BC: Just having the time to write. I’ve sacrificed so much in my life to 1) have enough money to live and pay off debt and 2) keep up with my writing practice. Those two aspects of living alone take up at least sixty hours of my week. I don’t think the boomer generation truly understand, still, after two recessions in twelve years and our current pandemic, how much my generation has to work just to survive. That family and home ownership have taken a back seat to just simply making enough money to pay rent. And that also puts a strain on our social lives and romantic relationships. My friend Bill came of age in the 60s and 70s and said he used to be able to pay his rent off the weight of one poetry reading per month. Imagine! We often get paid now with the promise of exposure, which means nothing. If we had a universal basic income, a living wage and free post-secondary education a lot of this wouldn’t be an issue for anyone. My time would be dedicated more to writing and having a rich social life. Which would be: The dream.

BC: The world political situation has made me lean more left in the last few years, stemming in part from the time I spent in Germany and observing how successful they’ve been with implementing systems to address truth and reconciliation of their past. I’m reading about the Paris Commune of 1871, a book called Sex After Fascism about German sexuality since 1938, I’m waiting on a book of the letters of Rosa Luxemburg. I’ve been wanting to read the Final Report on the National Inquiry Into Missing and Murdered Indigenous Women and Girls but it’s just so heavy, I’ve been putting it off though I know it’s a necessary read. These aren’t objectively enjoyable reads but it’s not a particularly enjoyable time in our history; I feel it’s necessary right now to gather a better understanding of political solidarity and the machinations of society as our personal and political spheres continue and continue to get worse with no sign yet of things getting better. 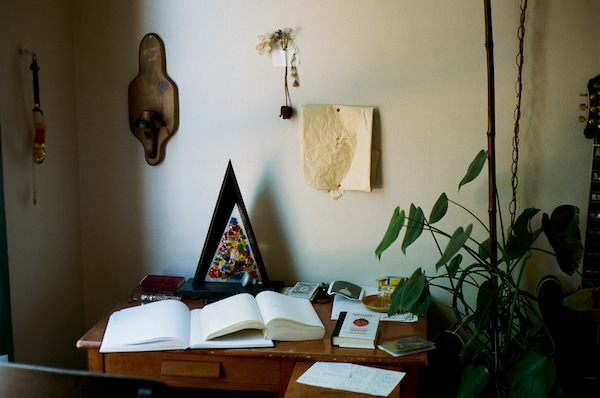 BC: Okay, this is a bit of a cheat of an answer but Ma Anand Sheela from the documentary series Wild Wild Country is one of the best “characters” I’ve ever come across. I use the word “character” loosely because she’s a real person who actually exists. However, she is being presented through a narrative created by the film makers so in a sense she can be observed as a character in a story, as Sheela from Wild Wild Country instead of Sheela from real life, however reaching that argument might be. And the Wild Wild Country Sheela is dizzyingly complex. She’s simultaneously sweet, caring, manipulative, loyal, noble, evil, loving and contemptuous. She stands up against patriarchy and racism and imperialism but it’s difficult to tell if she truly cares for these issues or is using them to further her own personal agenda, or to simply “win.” And it’s hard to tell if it matters! I still don’t know how I feel about her. She would make a perfect literary character, like Rodion Raskolnikov from Crime and Punishment, embodying a character who isn’t quantifiably good or bad. Someone who is multitudinous.

Brad Casey is a Toronto-based writer and photographer. His debut book of poetry, The Idiot on Fire, was published in 2016. He is a former staff writer for VICE, and has had numerous articles published internationally and in dozens of languages. In 2014 he founded and was Editor in Chief of the limited-run literary journal The 4 Poets. His writing has appeared in Hobart, Peach Mag, The Puritan, BAD NUDES, GlitterMOB, and more. He has organized reading events and performed his work in Toronto, Montreal, New York, Los Angeles, Berlin, and Gothenburg. The Handsome Man is his debut book of fiction. Find Brad online at bradcasey.com.

Thanks so much to Brad for answering our questions, and to Hazel at Book*hug Press for making the connection.  The Handsome Man is available on All Lit Up. 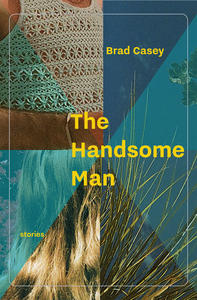 November 5, 2015 by Lisa de Nikolits
The Importance of Being Literary